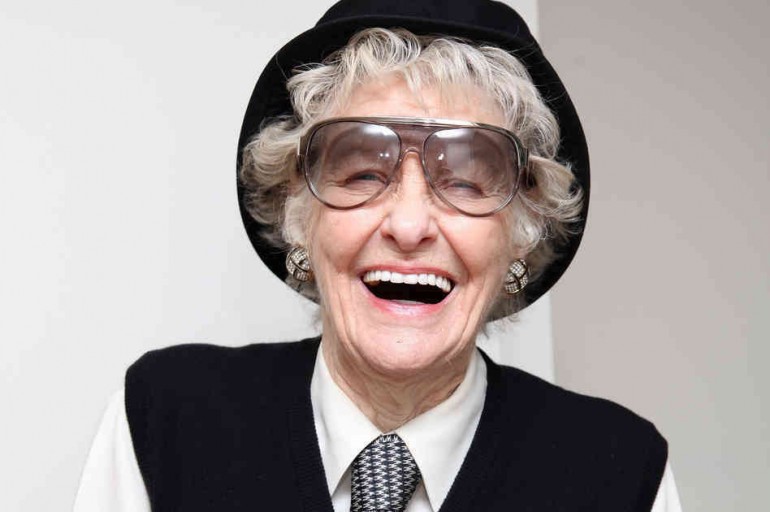 As Adam Feldman pointed out in his wonderful Time Out New York piece on Elaine Stritch, “Everyone who ever met Elaine Stritch—hell, anyone who ever saw her perform—has a Stritch story.”  I would like to add another category: everyone who ever saw her when someone else performed.  I’ll explain.  In July 2004, Elton John was performing a symphonic concert at New York’s Radio City Music Hall and I took my brother Rob.  We had great seats, like tenth row center.  Halfway through the beautiful set, Elton paused before “Your Song” and dedicated it to “One of the greatest theatrical personalities ever to grace the Broadway stage..”  Suddenly, we look up about ten feet to our right, and Elaine Stritch is on her feet basking in the glow of a spotlight and Elton’s uncharacteristically sincere (and long) introduction. “Oh Rob, look at her.  She’s so cute, with those huge black glasses and that big hat.  How sweet for her to have this little moment,” I said to my brother.  Indeed, in those initial seconds of acknowledgment, Elaine seemed to light up from within and grow a full six inches, like those flat sponges that expand under water.

But then something weird happened: Elton finished his dedication to Stritch, turned back to his keyboard, began to play the oh-so-famous introduction to “Your Song,” but Elaine did not give a final wave to the crowd and sit down; that would have been far too conventional for an experienced scene-stealer like Stritchie.  Instead, like a broken jack-in-the-box, Elaine continued to stand planted in her spotlight and proceeded to extend the dedication for the full duration of the song.  This move most certainly infuriated Elton, no shrinking Violet he, as she hijacked the number in its in entirety by pulling focus from the ninth row.

“And she’s not goin’ back down,” I deadpanned, like a commentator at the World Cup of Egos. “Stritch appears to be making the entire audience watch her watch him.  Elton is not pleased but is continuing like a pro.”  Rob picked up my lead. “We have a theatrical battle here,” he added.  “It’s Godzilla vs. The Smog Monster-time here at the Music Hall.  Stritch has received and is continuing to receive the tribute.  It is no longer ‘Your Song,’ it is now ‘Her Song.’  Let’s see how long she can continue to receive without giving back the spotlight,” Rob snorted as we collapsed in our chairs, thrilled at the spectacle of it all.

It was true.  No one watched Elton: instead, 6000 people watched Elaine Stritch receiving his love and giving her own separate performance; more of an indication of a great lady being touched deeply by the poignance of Elton John’s serenade than an honest reaction.  It was wildly effective and, as was its objective, completely distracting.  With practiced sleight of hand, she made one of the greatest showman in the world a sideman in her production number: it was funny; it was phony; it was brilliant; it was sad; and so typically Stritch.  Elton didn’t have a chance: once hit with the bright light and narcotic-like energy from the stage, she simply wouldn’t—couldn’t—relinquish it.  She needed it way too much.  Elaine Stritch, truly a theatrical cat burglar, didn’t even need to be on the stage, she just needed an entry point and she could, as Barbara Stanwyck used to say, “take the scene.”

Like all great performers, Elaine Stritch knew how to put a “button” on a number and, as I discovered while researching this piece, she even gave us one for this anecdote: Stritch died on July 17, 2014, exactly ten years to the day after the Elton John Radio City heist.  Now my brother knows the answer to his question: it took her exactly ten years for the scene to be over, for her to finally sit down and stop receiving.  But we can rest assured that wherever she is, Elaine Stritch is still pulling focus.

Notes From The Honeycomb Hideout, Part Two: Gino’s Gives You Freedom of Choice, or, My Tips on How To Steal a Scene 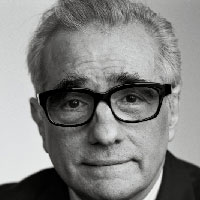 Quote of the Day: Martin Scorcese on the Difference Between a Film "Looking" and "Feeling" Real 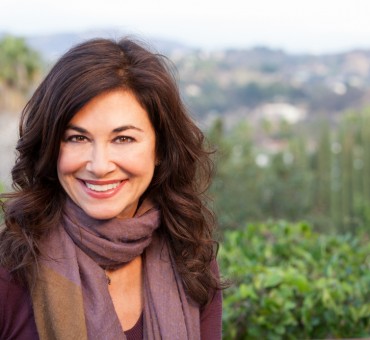