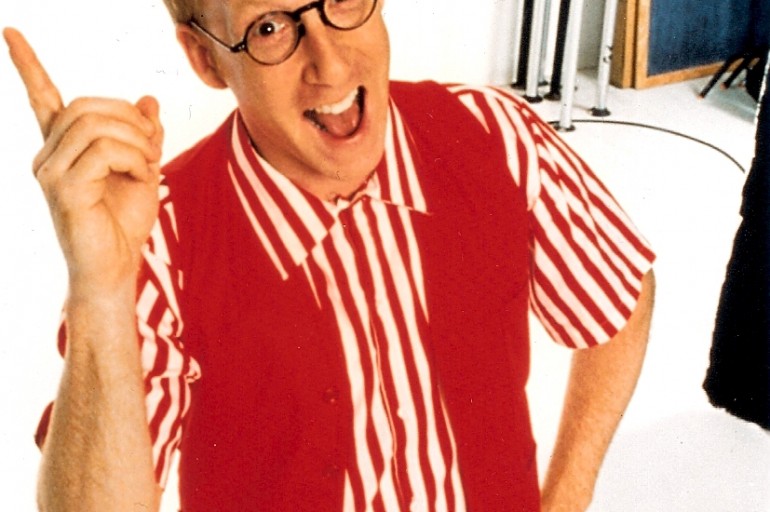 After the ramp-up to my first audition and the Lego debacle, I started getting sporadic auditions.  Finally, I booked my first commercial with my brother Jonathan sometime in 1974.  It was a local spot for New York (Bell) Telephone (now AT&T), and all I remember is that Jonathan and I, two Jewish boys, had to chase each other around and around a Christmas tree.   There was no dialogue, which may explain how I got the part.  You see, even in the relatively neo-Vaudeville, pre-ironic 1970s, my nasal, effeminate vocal intonation was an impediment to getting work; it’s not the kind of thing someone can sit down and explain to a little kid, not that anyone would have.  I mean, how can you tell a pre-pubescent boy to “butch it up?” 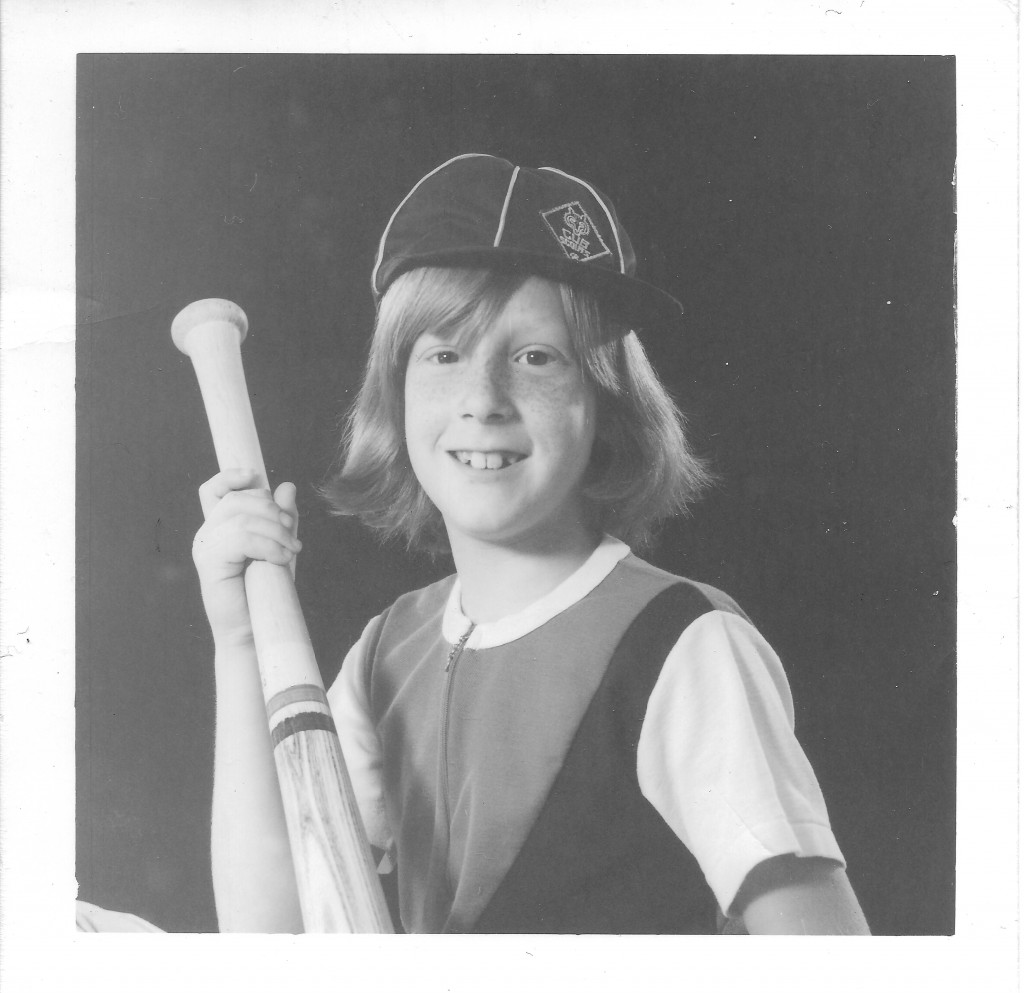 Hats and bats weren’t going to convince anyone once I opened my mouth or moved an inch.

Fact is, as soon as I opened my mouth, I was whichever woman I was obsessed with at the moment.  Indeed there is great probability that late 1973—when this photo was taken—was my mid-Sandy Dennis period.  Having recently seen The Out Of Towners at the Turnpike Drive-In in re-release on a double bill with The Million Dollar Duck, I drove my entire neighborhood nuts imitating Sandy Dennis’ whining, whimpering “Oh…my…God” catchphrase like a mysterious case of homo-Tourettes.  The actress herself was a deeply polarizing personality and I can only imagine the grating effect of the Sandy Dennis gestalt in the personage of a high-strung, ten-year-old boy.  I was completely Borscht Belt, completely authentic, completely annoying, and gloriously, blithely indifferent to social norms and cues.  Though it may have been irritating and embarrassing to my parents, I think the period before the internal critical voice began was absolutely stunning and much too short.  I was simply ahead of my time. 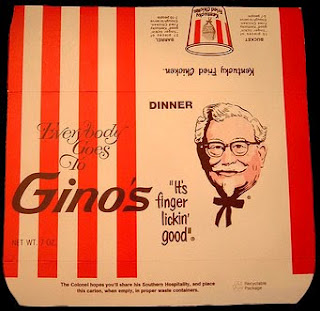 Anyway, the lack of dialogue may explain how I was able to book my second commercial, for the old Gino’s Hamburger chain, though I suspect it was more likely due to casting the three little red-heads — the only time the three of us ever worked together professionally.  At the time, Gino’s was a mid-size East-coast chain most notable for carrying the Kentucky Fried Chicken franchise in the mid-Atlantic states and was later bought by Mariott and folded into Roy Rogers (a little fast food trivia for you).  Though I was thrilled to have gotten another commercial, my mirth curdled when I got on the set and found out that once again, Jonathan had all the lines, which exacerbated what was clearly becoming a textbook clinical case of sibling rivalry. Hadn’t he already had enough luck, with all the commercials he’d done in the last year?  In my mind, I got all Grand Guignol on his ass: I wanted scenery to crash down upon him so I could have his lines, the same way Rhoda Penmark wanted Claude Daigle’s penmanship medal in The Bad Seed, only there was no medal and no Claude Daigle, just a Gino’s set with painted food and a bunch of lines that went to Jonathan.  Though I was livid, I was not bereft of interesting ideas of how I could still wrest control over this production, with or without words

My plan was simple: I began doing exactly as told for the first few takes, but by the tenth take, I grew bored of behaving and jealous and began implementing my strategy for diverting attention from Jonathan and all his fucking lines.  Based on Gino’s tagline, “Gino’s Gives You Freedom of Choice!”, I invented what would have been known in theatrical terms as “a bit of business,” only it was much bigger than a bit of business, it was a gigantic bit of business.  Instead of just, you know, eating my food while Jonathan and our “parents” did all the talking, I morphed into the mother of all scenery-chewers.  At take nine we were a mother and father and three little red-headed kids at Gino’s and, suddenly, on take ten we were a mother and father, two little red-headed kids and Elaine Stritch!  It was so very simple.

Freedom of choice.  Choosing!  I pantomimed complete uncertainty about what to eat, thereby creating what must have been a very interesting focus pull-away from the script:  I rested my index finger on my chin and gazed at my plate, questioning what I should eat, as if to say “hmm…should I have a fry or a bite of my burger?”  Then I would shift my weight in my seat and strike another pose, perhaps my hand under my chin, as if to answer myself, “no, not the fry, a bite of the burger, I think. No wait…oh yes, the burger!” Then I would take a huge bite, mugging and exaggerating the reaction, then the whole thing could start again.  “Should I have a sip of my drink now?” Another shift, another pose: no, forget about the milkshake, then biting my finger and a slight shake of the head, “all of this delicious deciding is just too much fun!”  I made having no lines into a personal victory; my ten-year-old-pissed-off-budding-homosexual-no-dialogue-self now thrust into a series of Sophie’s Choice moments.  Without any words I was completely in charge and driving the commercial off a cliff.  My strategy was broad, brilliant, and impossible to sustain unless my Gino’s commercial could suddenly turn into a touring production of The Boys In The Band.

It was good, very good, indeed too good to last.  Each take that I got away with my shtick I interpreted as some perverse sort of approval and a sign to amp it up a few notches more.  This is really saying quite a bit when you consider how very broad TV commercial acting was back then. Take a look at a contemporaneous Gino’s commercial I found on YouTube for reference:

Finally, having taken my “Freedom of Choice What Shall I Eat?” bit of business to a seizure-inducing level, I began to perceive some stirring from behind the camera, some hushed discussions, and then the director murmuring to….whom?  My mother?  Then I saw my mother walking on to the set.  I excitedly thought to myself, “I bet they see what I can do with no lines so they now want to give me some of Jonathan’s lines!”  My mother looked serious as she bent over, cleared her throat, and whispered deliberately in my ear, “David, it might be better if you don’t do all of the gesturing with your hands.”  “What? What are you talking about, mommy?” I responded in disbelief, certain that I had absolutely no idea what she might be referring to.  I forced her to show me exactly what the offending gestures looked like because as far as I could tell, I was simply eating a cheeseburger and fries in a manner that was consistent with my own personal reality.  To punish her, I made her physically show me what she meant; I glared at her, my raging masking hurt feelings.  “But mom, I’m just making decisions about what I want to eat next.”  “David,” she whispered firmly, “it’s distracting from what everyone else is doing.”  “Yes….I know that!”  I went back to eating like a normal kid, which is to say, you know, just plain eating.

Things went smoothly for a while until we had ten or twenty good takes in the bag.  Then the director said to my “parents” and Jonathan, “okay, have fun with it on the next take, you can ad lib.”  Ad lib!  My two favorite latin words, meaning “without restraint,” which in light of the chaos I had already unleashed on that set, might not have been the best direction.  On the next take, as soon as the scripted dialogue was finished, I pounced with a monologue I had been writing in my head for the last two hours in preparation for just such an opportunity: “Hey mom, do you think we could come to Gino’s every day because Gino’s is my favorite place to eat and I really want you to take us here more and I was thinking about tomorrow and the day after that because today I had a burger but tomorrow I can get Kentucky Fried Chicken and with all this freedom of choice there is just too …”  And “cut,” yelled the director, “No more ad libbing.”

Overall, the shoot was a disaster.  In addition to the trouble I put the crew through with my creative scene-stealing, Robbie vomited all over the table from drinking too many milkshakes under the hot lights and, of course, ever indifferent Jonathan moved through the day with adroit skill, for in his sleep he had a grip on something I did not: how to be a heterosexual boy.

Though the Gino’s debacle could be dismissed as a single bad day, I maintained an unwavering belief that I would prevail.  Unfortunately (for me), things were about to get worse, for Jonathan was about to get a big, memorable part in not one but an entire series of commercials for Marx Toys.

Notes From the Honeycomb Hideout, Part One 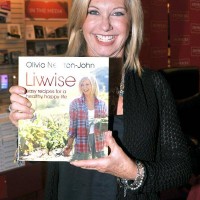 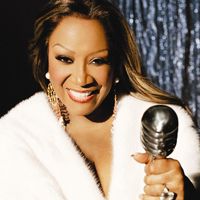