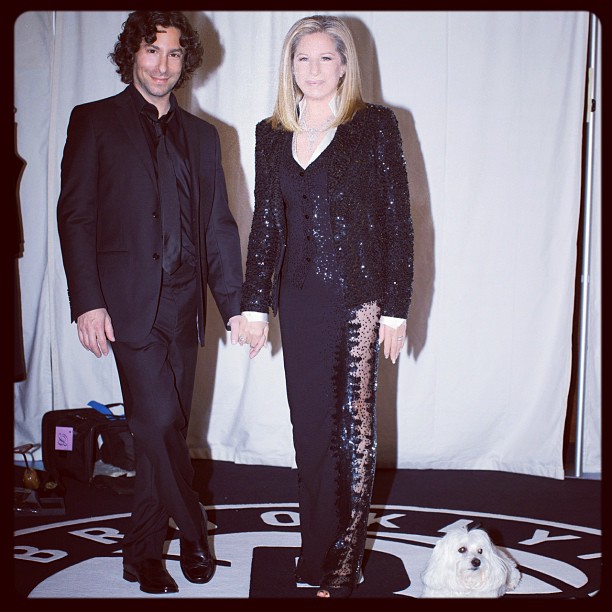 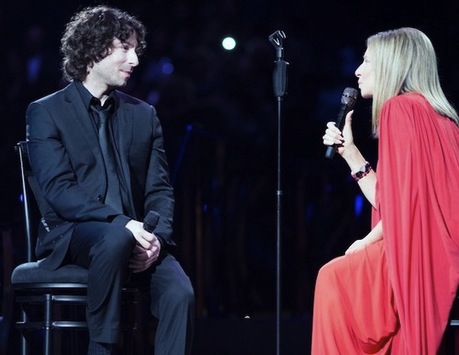 A version of this follow-up interview appears in the new issue of the U.K. magazine All About Barbra.

I had first interviewed Jason Gould for Stargayzing just before the tour began.  When I was asked to share something special for All About Barbra readers, Jason and I spoke again, this time with a specific focus on the experience of singing live on tour with his mom, where he performed Irving Berlin’s How Deep Is The Ocean in a touching duet with Barbra, followed by a solo version of Leon Russell’s This Masquerade, while his mom watched lovingly a few away.   The emotional result was at once truly authentic and wonderfully theatrical, and will remain for lucky viewers as one of the real highlights of the Back To Brooklyn show.

Here is what the singer/songwriter had to say just a day before his amazing sold-out show at the Hollywood Bowl:

Stargayzing:  Now that the tour is almost over, what are your thoughts or impressions about these chances you’ve taken?

Jason Gould:  I’m still processing the experience.  The thing that surprised me most was how at ease I was on stage.  I didn’t know what to expect initially—I was prepared for the worst—I thought my knees might buckle or I wouldn’t be able to go out on the stage at all, but I was surprisingly at ease.  Writing songs and singing them live is more about my spiritual life and continuing to grow—to trust myself and starting to accept myself.  I’m keeping everything in perspective—there’s no pretense about what I’m doing.

Stargayzing:  Did you watch any of the footage of your performances on YouTube?

Stargayzing:  I was struck by how self-assured you were on stage and I wondered how you managed the anxiety?  It’s a tremendous challenge I would think to make your singing debut in front of 20,000 people!

JG:  Thank you.  You know, I did a lot of breathing exercises and meditating and that helped.  Also, I noticed that the nervous energy I felt was actually a positive thing that helped me on stage.

Stargayzing:  How aware of the audiences were you?

JG:  I felt a lot of support from the audience—very accepted and seen—it was lovely, but I didn’t get off on it the way some people probably do.   I appreciated the warmth and the acceptance I got but it doesn’t make me high, like I imagine it does for some performers.  For me, part of the excitement and challenge of doing this is to be present—in the moment—and not know what I’m going to do vocally.  As the show went on I used This Masquerade as political commentary.  I would say different things before the song—sometimes talking about the political division in the country—and made it more about that than about a personal relationship.

Stargayzing:  Are you excited about the Hollywood Bowl gig?  Los Angeles is your home town.

JG:  It’s not exactly that for me.   To tell you the truth, I actually feel dread the day I have to perform.

Stargayzing:  Did Barbra give you any advice or tips when you were working together?

JG:  Yeah, she helped me with my mic technique!

Stargayzing:  Well she would know!  Did you and your mom grow closer through this experience?

JG:  I think so.  Though it may seem like a paradox, singing together in front of thousands of people, well, there’s an intimacy.

Stargayzing:  When we initially spoke about your music and particularly the peformance aspect of this, you were very clear about this being a sort of experiment; a way of challenging yourself and growing personally and creatively.  I’m wondering where your thoughts are now that the tour is almost over.

JG:  Well, this was a challenge for me.  I felt really good about the EP, but as far as live performance, I was really unsure what would happen.  I would say I’m actively considering my options!

Stargayzing:  Has there been any talk about possibly continuing the tour—perhaps traveling abroad?

JG:  Well, I think it may be a possibility, but no one has said anything to me directly.

Stargayzing:  Are you excited to be home?

Faith Newman on Teddy Pendergrass and... 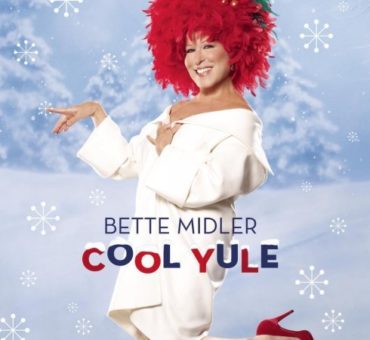 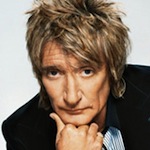 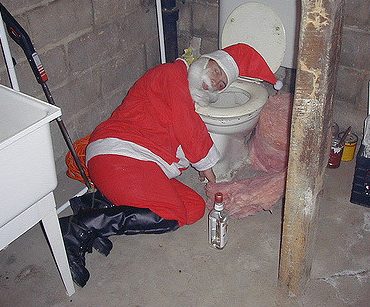