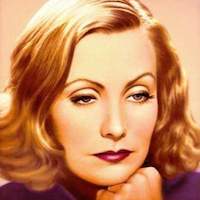 The full room and empty screen at first filled me with dread. It was the third week in the Spring semester, the third Monday night film screening for my History of American Cinema course.  I walked into the lecture hall at 8PM that night, wondering one thing: if everyone else had found classmates to sit with, why hadn’t I? We had all been in the class for the same amount of time.  I found a seat towards the front of the class, so that the TA didn’t forget to sign me in again, and doodled silently in my notebook before our instructor took the podium. He introduced the week’s film—Grand Hotel, and my mood immediately lifted. Once Greta Garbo appeared on screen as Grusinskaya, and uttered the famous line, “I want to be alone,” it suddenly didn’t matter that I was sitting by myself. It was okay; I had Garbo.

She was born in September 1905, and died on the 15th of April, 1990. In June of that year, I was born; I sometimes wonder if upon Garbo’s passing, her spirit was transferred to me. My fascination with her stemmed from a general interest in Classic Hollywood. In turn, I became enamored with that cinematic era without having seen many films past the obligatory Casablanca and It’s a Wonderful Life. It was initially about old Hollywood’s culture more than the cinema. I celebrated the idea of gorgeous, successful people who behind their pious Hays Code facades were quite the unorthodox bunch. Being chronically shy as a teenager, I came to admire Garbo the most of all; she somehow made reticence seem glamorous. 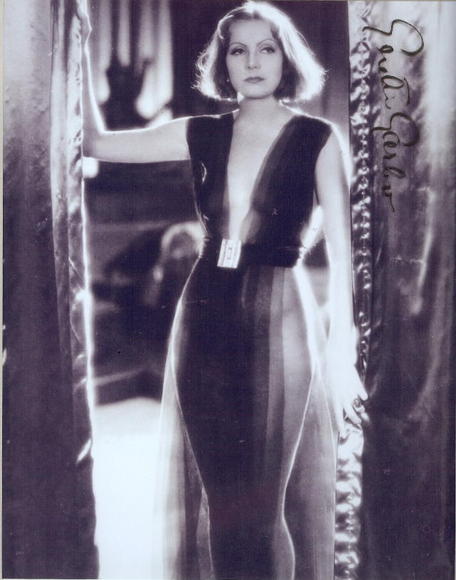 I couldn’t have discovered Garbo at a better time. I knew that getting settled into college would be difficult, but I didn’t realize how much of a challenge it would be. I hadn’t felt so alienated since the age of 4, when I would cling to my teachers’ pant legs while enthusing about black holes since none of my classmates cared to hear about preschool astrophysics.

Learning how to read and write became a way out of that isolation; and when I began college, I found myself turning to books for company once again. As a four year old, I found the most solace in staccato sentences about fairy princesses with improbably grand lives. By the time I was 18, I was more interested in real-life events, even if the real lives I chose to read about were still improbably grand. After that Monday night film class, I went to the library and picked up a biography about Garbo and immediately wondered why it had taken me so long to do so.

I became so entrenched in her life and psyche that the only thing making me put the book down from time to time was a desire to make it last longer. While any Friday night spent alone in my room still wasn’t an ideal situation, at least I had Greta there. Leaving her working-class family in Stockholm as a young adult, in order to join the the Los Angeles elite, she must have felt like even more of an outsider than I did, yet she managed to find close friends who accepted her eccentricities and disdain for crowds. This gave me hope that eventually I’d be able to forge a community for myself while at school, and when I did, I had Garbo to thank.

When I read her companions’ warm anecdotes about a woman who valued the company of a few close friends over the adoration of millions, I no longer felt inadequate for not small-talking my way to campus popularity, like it seemed many of my peers were doing. I wished that she were still alive, so I could hope to one day meet her and seek her guidance. Then again, she probably wouldn’t have shared much of anything.

There was the greedy part of me that wished that she had made more films for me to watch, that more was known about her life. On the other hand, that was what set her apart from other movie stars, especially my contemporaries. She made a concerted effort to stay out of the public eye, and while she successfully transitioned into talking pictures such as Grand Hotel and made a brief, successful foray into comedy (Lubitsch’s Ninotchka), she made no concerted effort to reinvent herself in the name of relevancy. Yet there I was, decades later, giving her my full attention, despite the sea of cell phone lights and student chatter around me.

The aloof persona worked for Garbo, perhaps too well. It seems that her shunning of the media and avoidance of Hollywood parties, the decision to not affect a larger-than-life “self”, ironically created her persona, and if anything, her mysterious allure made her more famous. I sympathized with her perhaps futile dedication to maintaining privacy; felt guilty, even, idolizing someone who wanted nothing more than to be left alone. Yet, I was grateful that her legacy had survived the years; coming from a generation in which even the commonest of people broadcast their entire lives, her guidance was just what I needed.

Movie Quote of the Day: May Robson in... 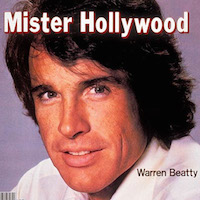 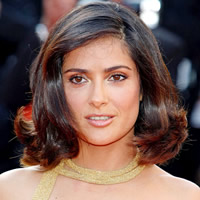