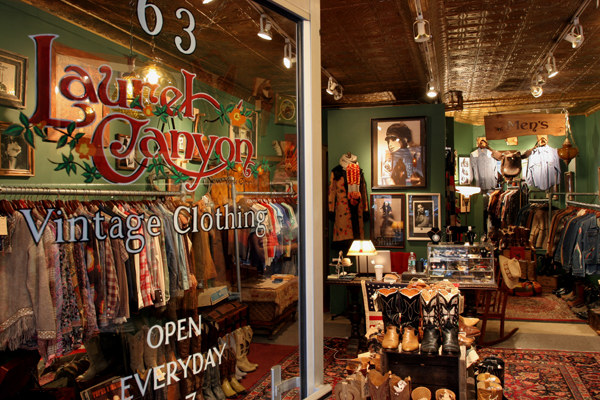 Laurel Canyon Vintage was a boutique in New York City that I created and built out a few years back with my best friend Elisa Casas. I had conceptualized the brand years before and tucked it away for future use in that secure place we hold our most passionate aspirations. I dreamed of a store dedicated to the music, spirit, and style of the eponymous Los Angeles enclave that had inspired generations of artists, musicians, and writers.

Though I didn’t actually begin to visit the Canyon’s mystical, winding streets until the 1980s, I had always had a great passion for its late-1960s and early-1970s heyday, a time when the neighborhood’s population of gifted musicians became a movement, going on to become the musical sound that defined an era and shaped the lives of a generation in big and small ways. The Mamas and Papas, the Byrds, Crosby, Stills & Nash (with and without Neil Young), Graham Parsons, Jackson Browne, Carole King, Frank Zappa, The Eagles, Linda Ronstadt, Joni Mitchell, J.D. Souther, the Doors and James Taylor are some of the best-known artists who flocked to the Canyon and created the soundtrack of a time in an unprecedented time of change.

The shop was located at 63 Thompson Street in New York’s Soho neighborhood where Elisa had operated a different vintage boutique called Chelsea Girl for twenty years. In 2012, she expanded that shop and moved around the corner. This allowed me to take the Laurel Canyon concept and move it from my mental queue to prime real estate directly across from the Thompson Hotel. In a fever of enthusiasm, I set about transforming a hundred-year-old storefront in what was once a part of New York’s Little Italy into a California Craftsman fantasy on Lookout Mountain Road circa 1972.

“Such a cozy room, the windows are illuminated by the sunshine through them, fiery gems for you, only for you…”

We specialized in cowboy boots, denim, vintage belts, dresses, blouses, and period furnishings. I was lucky to find an able side-kick in musician Sam Ford who was an expert in all of these things as well as the biggest Neil Young fan I ever met. I learned a great deal from him, including everything I needed to know about boots in order to buy and sell them confidently. 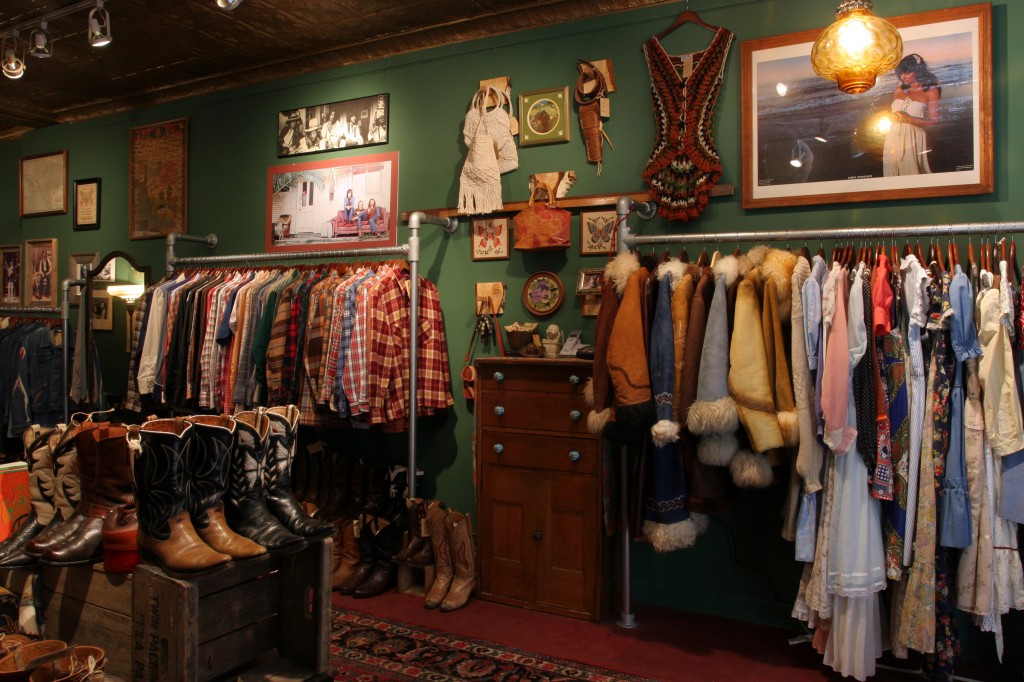 For me, Laurel Canyon the store, was borne of passion and, to some extent, creative necessity. After the record industry collapsed in the mid aughts and I suddenly found work scarce, I pounced on the creation of the store with the same passion I used to feel making records and managing songwriters. I found that the process of putting the store together to be very easy because it was an extension of my interests in vintage clothing, interior design and, of course, the music of the period. Unlike making a record, making Laurel Canyon was more rewarding because I had more control over the creative process. Finally, no more lawyers masquerading as music lovers, no entitled producers and insecure artists. The store was the star and at long last there was no committee to water it down the vision, just me and Elisa, who pretty much indulged me at every turn.

“In the digital age, Laurel Canyon was the ultimate analog shopping experience.” 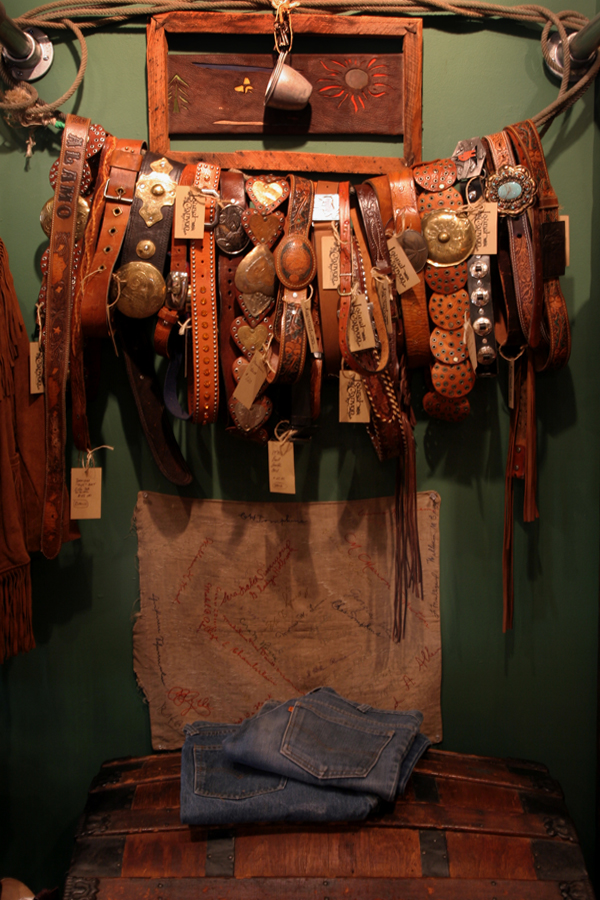 Before the Los Angeles pop scene became primarily about printing money in the mid- to late-1970s, it was really about the music. In our store, I wanted to capture the organic feeling of that period and place in color, texture, and sound. The name “Laurel Canyon” itself evokes an amazing breath of sensory associations, a unique advantage for a brand.  The decor was inspired by everything from the iconic photographs of Henry Diltz which documented the Laurel Canyon scene, to my childhood memories of Jaime Somers’ treehouse-like abode on The Bionic Woman.  The meticulously decorated shop looked like a canyon bungalow of the period, in shades of brown, deep green and burgundy. Stained glass windows reflected the carefully curated garments and a record player spun the timeless music of canyon mainstays. As writer Cintra Wilson observed in a 2009 New York Times Critical Shopper piece on my store, “Mr. Munk went on an ecstatic design bender.”  Guilty as charged.

I was interested in creating a complete sensory experience for the customer from the lighting on the ceiling to the carpets on the floor to the candles and incense I burned.   In the digital age, Laurel Canyon was the ultimate analog shopping experience. 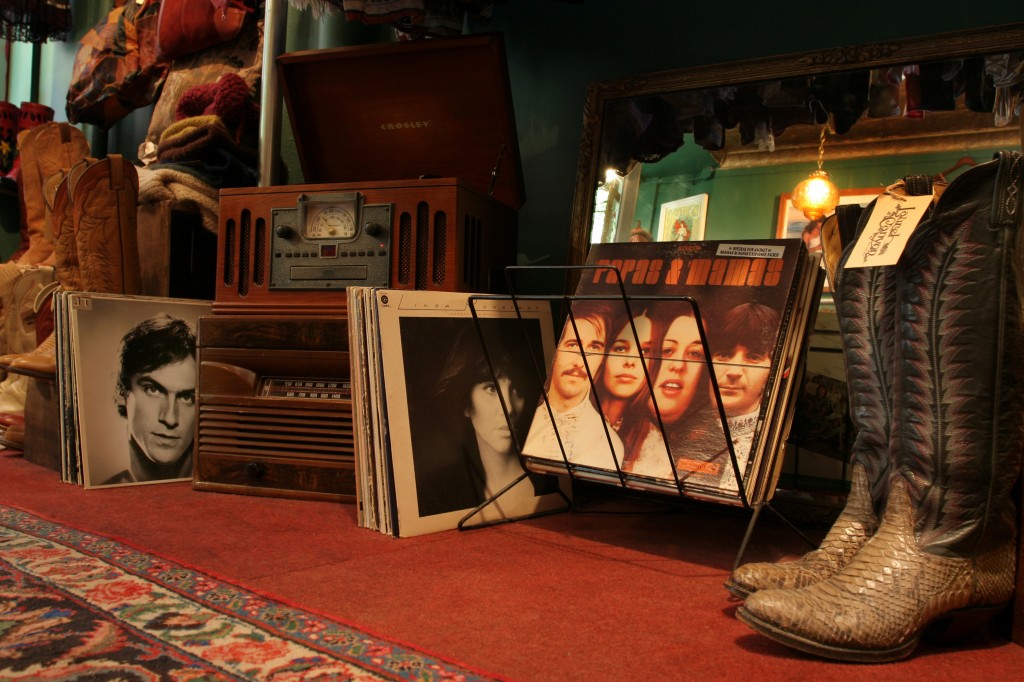 Like the Laurel Canyon scene itself, our store was probably too good to last. I am not exaggerating when I tell you that on the very day I hung the final photograph on the wall, we received an eviction notice! The owner of the building—the city of New York, no less—had sold the building for one dollar in a sweetheart deal to a “not-for-profit” called Phipps Housing; truly a wolf in sheep’s clothing.  Yes, of course we had a lease, but who had the money to fight a giant corporation?  We tried to shame them into honoring our lease, going as far as getting the New York Post to write a sympathetic piece about our predicament.  But as any small business owner in Manhattan will tell you, New York City cares about small businesses even less than it cares about other undesirables subjects, like affordable housing and Staten Island. 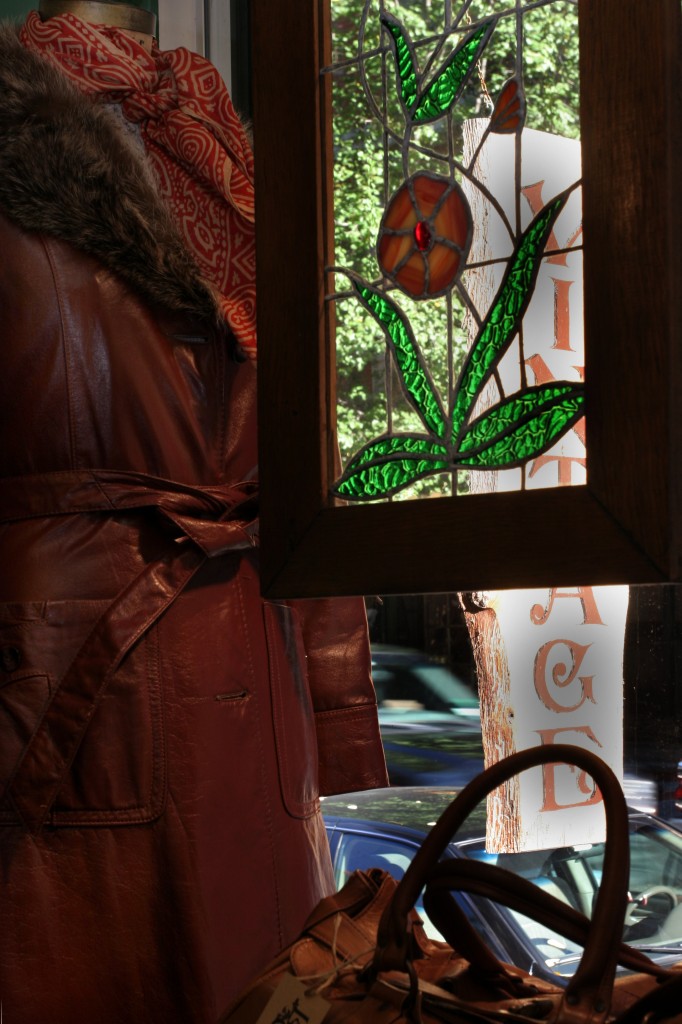 In the end, Laurel Canyon became a poignant metaphor for the very period it celebrated; beautiful, deeply felt, and fleeting. Open for just a year, customers were enchanted, but we yielded to the reality of the situation: we just couldn’t fight the city and a giant not-for-profit who were in cahoots. Maybe it wasn’t so different from the way the pot smoke at the Troubadour and tour buses of 1971 were steamrolled by the cocaine and private jets of the late-1970s.  Our store was replaced by a dry cleaner.  All that remains of Laurel Canyon Vintage are these beautiful photographs and my passion, both for the music and for the our aesthetic oasis in the middle of an indifferent city.

“Even though the living is sometimes laced with lies, it’s alright, the feeling remains even after the glitter fades…” 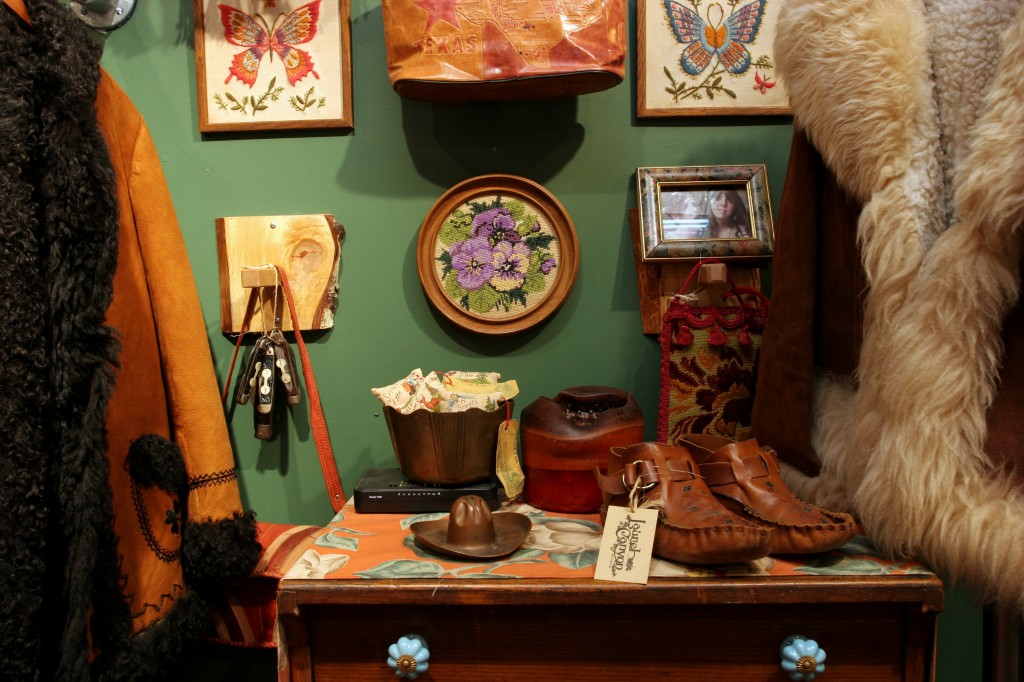 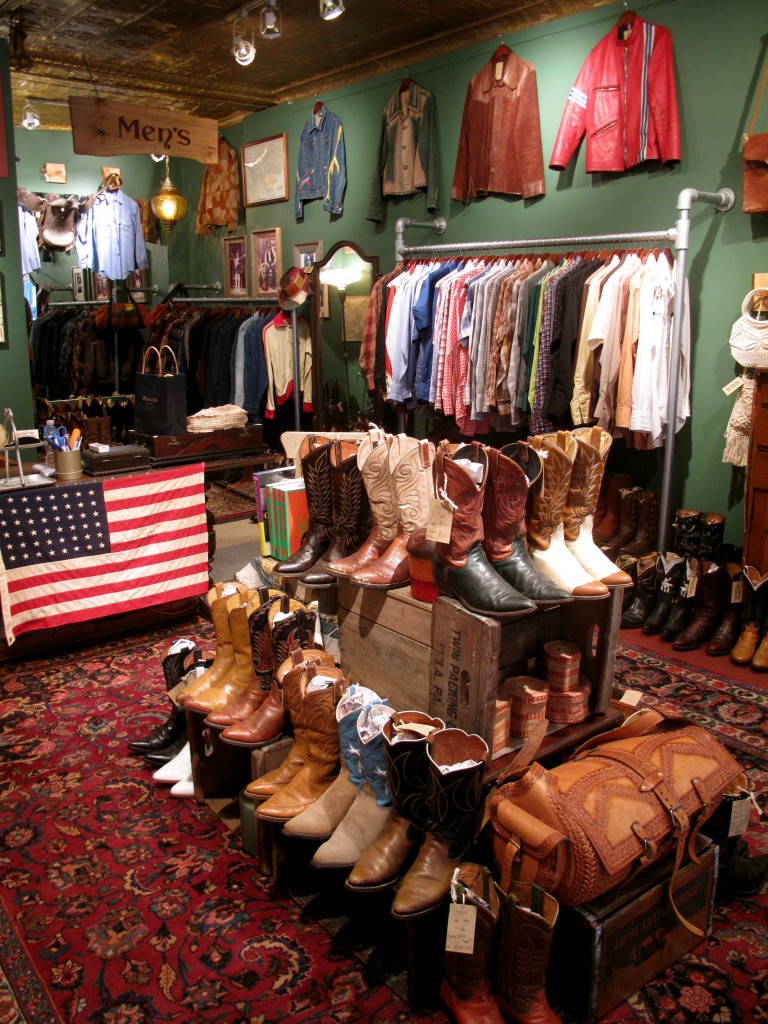 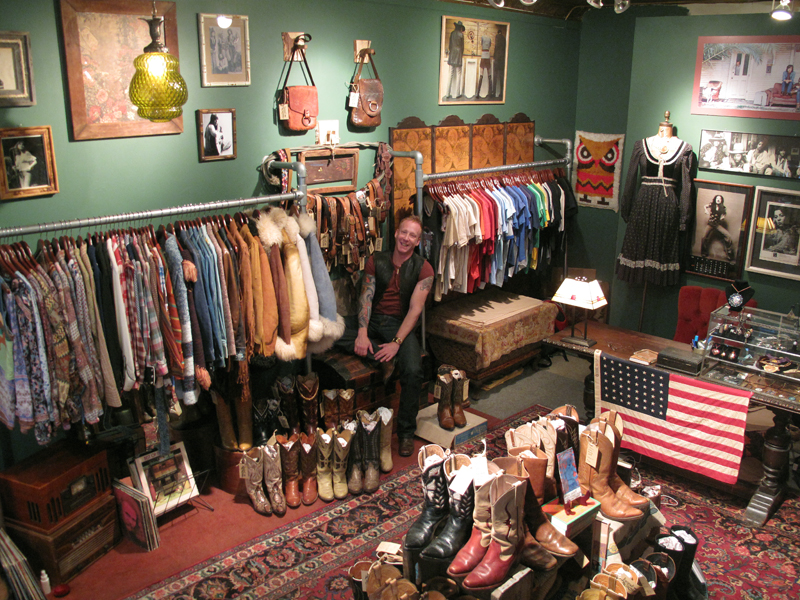 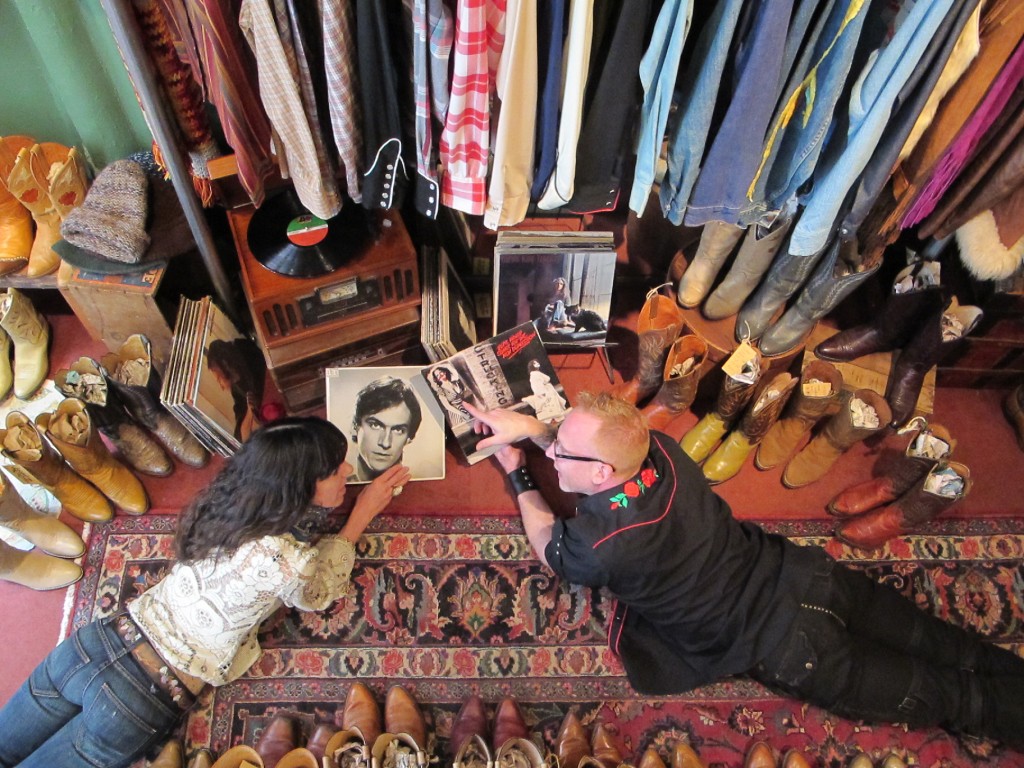 To learn more about the history of the Laurel Canyon scene of the 1960s and 1970s, watch this interview with photographer Henry Diltz, whose iconic work chronicled the time. 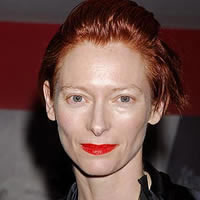