I’m happy to report that my niece Maple Munk, just shy of her fifth birthday is, if anything, exceeding my expectations as a budding pop culture aficionado!  I’ve written before about what I reason is any gay uncle’s responsibility to inculcate a love of the arts in the children they love (except when said attempts to tutor the child results in being pelted with a dirty pamper, the contraction of which, by the way, is the origin of the word “damper”), and direct them toward the important works that are neither easy nor evanescent.  The disposable stuff like Rihanna and Ke$ha—two exquisite examples of what passes as a “singer” nowadays—they’ll pick up at the playground, rather like impetigo or pertussis.  In this belief I’m more than willing to risk being thought of as old crank or, even worse, the slightly-homophobic-though-inevitable invective “bitter old queen.”  (I consider it well worth the risk and sounding like film critic Rex Reed—someone I admire a great deal, by the way—for the intense gratification of comparing Ke$ha to impetigo).

As you will see from this insanely cute video, Maple’s love of classic movie musicals has taken root and is developing precociously.  Here she regales us with the title song from MGM’s Meet Me In St. Louis, which was released in 1944.  It is a matter of great pride—and gay pride, for that matter—every time a young person responds to something that was created long ago, as it validates my taste and proves my theory that that which is truly excellent can transcend changes in popular taste and thus endure.

Please note the completely-endearing-though-certainly-unintentional-nutty-Garland-mash-up: my brother Robbie’s choice of having Maple sing the song to Brad Pitt recalls nothing as much as the young Judy’s touching performance of Dear Mr. Gable/You Made Me Love You to a photo of Clark Gable in The Broadway Melody of 1938.  Of course being heterosexual, there is simply no way Rob could have been aware of this fascinating second strand of Judyism woven through this little tossed-off one minute ball of cuteness.  It just proves that it was a good idea in the first place!

In the interest of fairness, I must give credit where credit is due: my sister-in-law Kim’s favorite film is Meet Me In St. Louis and she and I share a great love of all things Arthur Freed—our efforts to direct Maple’s taste is nothing if not a shared goal.  This video is also notable for what may be the first recorded evidence of the emerging Maple Munk vibrato (on the line “anyplace but there” at the 32-second mark!)  Here then is the great and powerful Maple Munk singing a song that was written originally in 1904!   I’m kvelling!!

11 Celebrity Inventors (from The... 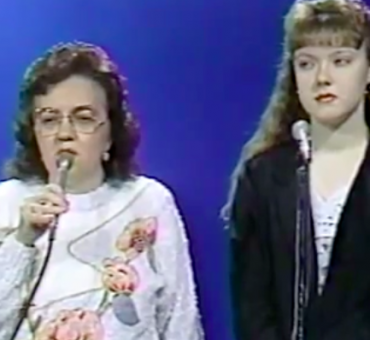