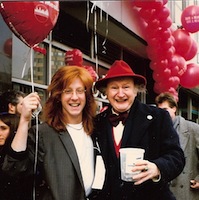 When I moved back to New York City from Los Angeles in 1988 to focus on songwriting, I got a day job at Tower Records, which was de-rigueur at the time for any young person interested in music or a career in the record industry.  The Tower Records culture was a vibrant community of misfits who were passionate about every kind of music you could imagine.  It’s hard to believe that only a few years ago records stores like Tower Records and the larger business they represented were as primal to the popular culture as smart phones are today.

I was happy to be assigned to the soundtrack/vocal department, whose manager was the quirky, affable Jan Sugarman (one of the quirkiest things about her was her friendship with Janis Ian’s eighty-year-old mother, Pearl, who lived in her building on the upper west side).  Also in my department was Andrew Walker, who went on to write the film 7, and a girl named Teri who went on to marry and divorce a friend of mine, songwriter Jason Robert Brown, who subsequently wrote the Broadway show The Last Five Years about their short, tempestuous union.  I think Teri sued him but lost.  Tower Records payed extremely badly—we did it for love, not money.  I remember one day I was so poor that all I ate was a single Skittle that I received in the mail from my friend Jason Gould, sort of the edible version of, “In case of emergency, break glass.”

I have two really specific memories from the months I spent there.  The first was the day I met Grandpa Munster—Al Lewis—who was collecting money on the street to benefit some charity.  A legendary character actor and restauranteur, Lewis even ran as the Green Party candidate for New York City Mayor in 1998.  Years later I recall that he sued the city for the right to be listed on the ballot as “Grandpa Al Lewis,” arguing that that was the sobriquet by which he was best known.  He lost.  A sartorial note: I wore the oversized sport jacket in this picture quite often.  I had bought it at a flea market in France a few years before, and though it always retained the musty smell of its original owner, I wore it anyway. 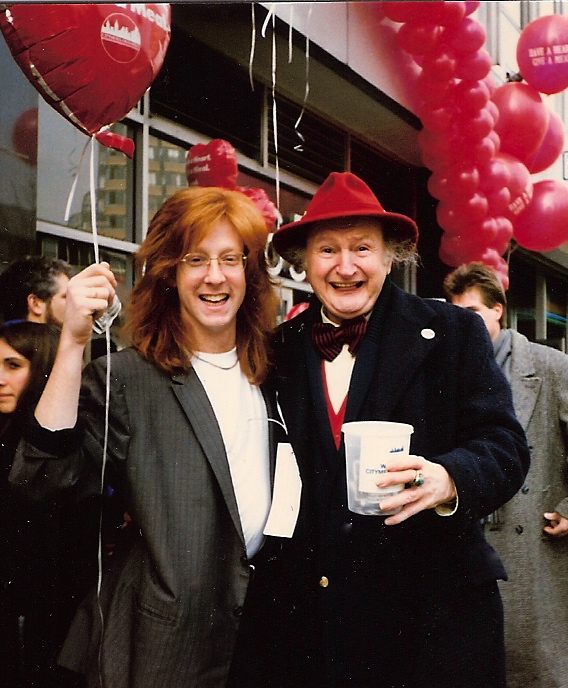 The second memory is of an event singer Jack Jones would probably rather forget.  A major star in clubs, Vegas, and on radio, Jones’ career high point was winning the 1962 and 1964 Grammy Award for best male vocal for Lollipops and Roses and Wives and Lovers respectively, but he is perhaps best known for singing The Love Boat theme in the 1970s.  By the time the oddly titled I Am A Singer hit the Tower racks in 1987, Jack was twenty-five years past his career peak but still out there trying.  Perhaps the album’s unfortunate title was intended as a tickler to jog the memory of a forgetful public.  As I Am A Singer was racked in the Vocal department, I was assigned to help out because after all, I Was A Sales Clerk.  This pleased me greatly not only because I loved parties but also because an in-store appearance by a two-time Grammy-winning artist seemed like a reason for celebration.

The day of the big event, a large platform was erected in the center of the main floor but close to the window, so the intended excitement could be seen by pedestrians on Broadway and pull additional customers into the store.  At least that’s how it was meant to work.  Indoors, velvet ropes were placed for crowd control and to help direct traffic up to the dais where Jack’s fans could have their copies of I Am A Singer autographed and have a moment with the singer.  Mr. Jones arrived looking “Palm Springs perfect” in a casual sweater and chinos.  The doors were opened at 12:00 pm sharp and…no one came.  Well, that’s not completely true—four mature women did actually attend—but their arrivals were spaced over an hour and a half so their presence lacked the impact it might have had if they had arrived en masse.

It was painful to behold.  The platform—originally intended to elevate the day’s excitement and highlight the importance of the star—-seemed to have a boomerang effect, now casting the silent non-event into much sharper relief  by literally putting its failure on display in the window.  The consequence was that every passersby could bear witness to the dismal turnout and watch the minutes crawl by in real time.  Because I felt terrible for Mr. Jones, I got on the stage and sat with him so at least he wouldn’t be sitting there alone and I could help him deal with the ignominious reality that there were more Sharpies in attendance than fans.

I’ll never forget the expression on Jack’s face as he tried different strategies to address his disappointment and discomfort.  As good-natured kidding and joke-telling gave over to sighs and anxious tapping of the unused pens, I got to see a different, more authentic side of show business that was far too real for me to ever forget.

Eight Shocking Versions Of “Love Will Keep Us Together,” or, How I Spent the Better Part of July 4th in a Neil Sedaka K-Hole Because of Jim Caruso and Ginger Rogers 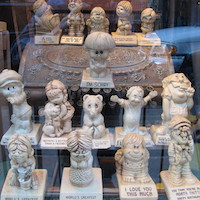