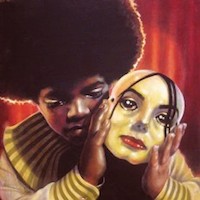 One of the most widely read stargayzing pieces concerned a memorable and ultimately quite haunting 45-minute visit with Michael Jackson at the Palace Hotel a few years back.  In the piece I proffered the notion that toward the end of his life, the tip of the singer’s nose was actually a prosthesis affixed with surgical tape.  My position on this subject—admittedly not clinical—was based both on first hand observations from that visit and anecdotal information, after colleagues shared a story about a particularly sweaty night at Denise Rich’s Manhattan aerie when Jackson’s nose appeared to actually come off, forcing him to make a beeline to the bathroom for an adjustment.

As the schnozz references were incidental to the larger story of what I bore witness to that day, imagine my surprise when just last week I received the following letter from a reader concerning said nose that offered such detailed and convincing scholarship on the subject that I feel compelled to not only share it, but to reconsider my hypothesis entirely!  Though this is not my first email exchange with reader pertaining to a prosthetic celebrity nose, it was definitely my most convivial and you can be sure that like our President’s position on marriage equality, my feelings about Michael Jackson’s nose are still evolving.

Here then, in its encyclopedic entirety, is the unexpected, highly informative, and exhaustingly comprehensive letter regarding Michael Jackson’s allegedly taped-on nose from “Miss A. Nonny,” a reader who has used a pseudonym to protect her identity, which seems like a good idea since, as you will see, she is in possession of information of the highest nasal sensitivity! 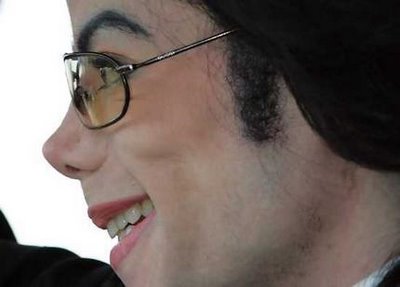 “David, I have to tell you something about Michael Jackson that I know for an absolute fact, and I will tell also you how I know this.

The story about Michael’s nose falling off is merely another urban legend, something akin to the story about Jayne Mansfield being decapitated in the car accident that ended her life so tragically.

I know this about Michael because I had nasal surgery by the same doctor that Michael Jackson went to for many years. This is the same surgeon who created Michael’s famous “butt-chin” dimple; Dr. Steven Hoefflin of Santa Monica, CA.

Dr. Hoefflin sometimes performs his surgeries at St. Mary’s Hospital in Santa Monica, while some of the more minor procedures are performed in his office, which contains something called the “Michael Jackson Suite”, which Michael donated to him so that he could have his own multiple surgeries performed in that suite in private, thus avoiding having to check into the hospital and risk being exposed to germs and people.

Hoefflin likes to give his patients a very sculpted nose, with an extremely refined tip. This is his trademark nose, especially for African-American persons (most of the Jackson Family), and other people with thicker skin types and wider noses. The way that Hoefflin accomplishes this nose is by removing as much cartilage from the tip as possible. He would then send the patient home with a roll of something called surgical tape, which is just a type of white sticky tape that is hypo-allergenic so that it won’t irritate the skin after many days or weeks of contact with the skin. The theory is that by having the patient tightly wrap the tape around the tip of the nose, this will help the newly sculpted nasal tip to heal into a thinner shape. The tape is meant to be used for up to a month at the longest, during which time the nose heals from the surgery. After about a month, the tape is not meant to be used anymore.

I think that in Michael’s case, he liked the look of his nose with the tape in place. It kept the tip looking thinner and smaller, which is obviously the look that he was going for.
I’ve seen many photos of Michael with this tape on his nose, and I can recognise the wrapping method that was taught to me by Dr. Hoefflin.

I know all of this because I had my nose altered by Dr. Hoefflin in 1987, and he sent me home with a couple rolls of the surgical tape. I used it for about a month, then stopped using it. My nose never healed into an extremely thin shape at the tip, which is what I believe also happened with Michael. But whereas I simply stopped using the tape, Michael continued using it daily for the rest of his life, because he really wanted a teeny-tiny little button of a nose, and this was the only way he could get it.

In Michael’s case, the tape was also used in conjunction with his trademark pale makeup, which gave him a very strange look. When the tape started peeling off, the makeup also started coming off, and to anyone present, it really must have looked like Michael’s nose was coming off, but I can assure you, it wasn’t. But combine the peeling tape with the odd behaviour that you described in your article, and add all the other crazy rumors to the mix, and it’s easy for anyone to believe that Michael’s nose was actually falling off and that he had to tape it on his face. And now that your article is published on the internet, you have also fed the fantasy about Michael Jackson having a taped-on nose.

If someone really did have a prosthetic nose, they would most likely affix it with surgical adhesive, not with adhesive tape. A taped-on nose is bound to fall off eventually, as it isn’t really possible to tape it on securely unless you were to wrap the tape entirely around the head, which Michael Jackson obviously didn’t do.

You could probably contact Dr. Hoefflin’s office and inquire about the technique of taping the nasal tip post-rhinoplasty. I’m sure that if you inquired about this, they would probably be willing to send you a handout describing the technique. They send this information packet home with prospective rhinoplasty patients. It night even be published on the internet if you wanted to research it.

I obviously didn’t use my real name on this submission, as I don’t want to have my name added to the list of people who have to tape their noses on their face. LOL!

I enjoyed your article about Michael Jackson despite the inaccuracy of the taped-on nose story.

I also enjoyed your interview with Jason Gould about his singing career. I had the pleasure of hearing him sing at his mother’s concert in Chicago on October 26th. I hope to submit some comments to Jason for you to forward on to him.

Keep up the good writing, it is very enjoyable.

Here is my response:

Thank you for your fascinating and thorough analysis of Michael Jackson’s nose. I feel as though your ability to parse the subject in such an exhaustive, satisfying way suggests that, although we have different theories about the nose, we are actually kindred spirits.

In fact, I am so motivated by your feedback that I am going to use it as the content for a follow-up story on Michael’s nose. Judging from the number of hits the piece got, we are not the only folks out there intrigued by the subject!

But this wasn’t the last of “Miss A. Nonny.”  Clearly detail oriented, I received another note from the avid reader:

Correction: In my posting about Michael Jackson’s nose, I mistakenly referred to the hospital as being “St. Mary’s”; it is actually “St. John’s Hospital” located in Santa Monica, CA, while St. Mary’s Hospital is in Rochester, MN, and is part of the famed Mayo Clinic compound. I’ve had different types of surgeries performed in each of these hospitals, hence my confusing their names.”

Miss A. Nonny certainly puts forth a convincing argument, but in the end, I think we’re all going to have to adjust to the idea of never really being sure about the veracity of this story.  It reminds me of the memorable Clairol campaign in the 1970s (“Does she or doesn’t she?  Only her hairdresser knows”).  Indeed, we may have to let this one go and instead concentrate on the legacy of Michael Jackson’s music, which unlike the nasal conspiracy theories, is unmistakably real and everlasting.

DoctorKC’s Most Curious Version of Michael Jackson’s “Beat It”

What’s in a Nose? Part Two: The Orson Welles Proboscis 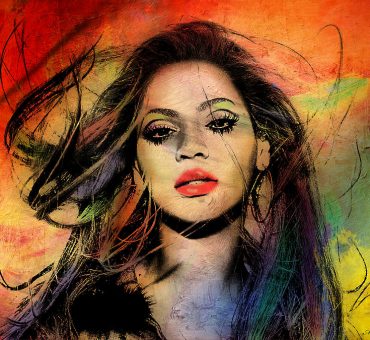 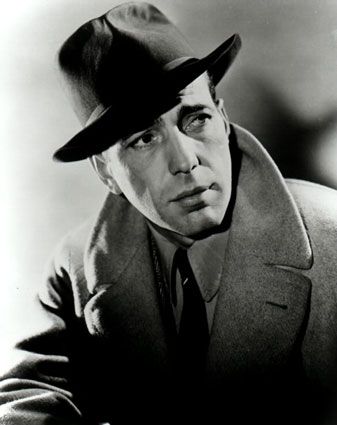