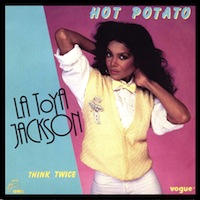 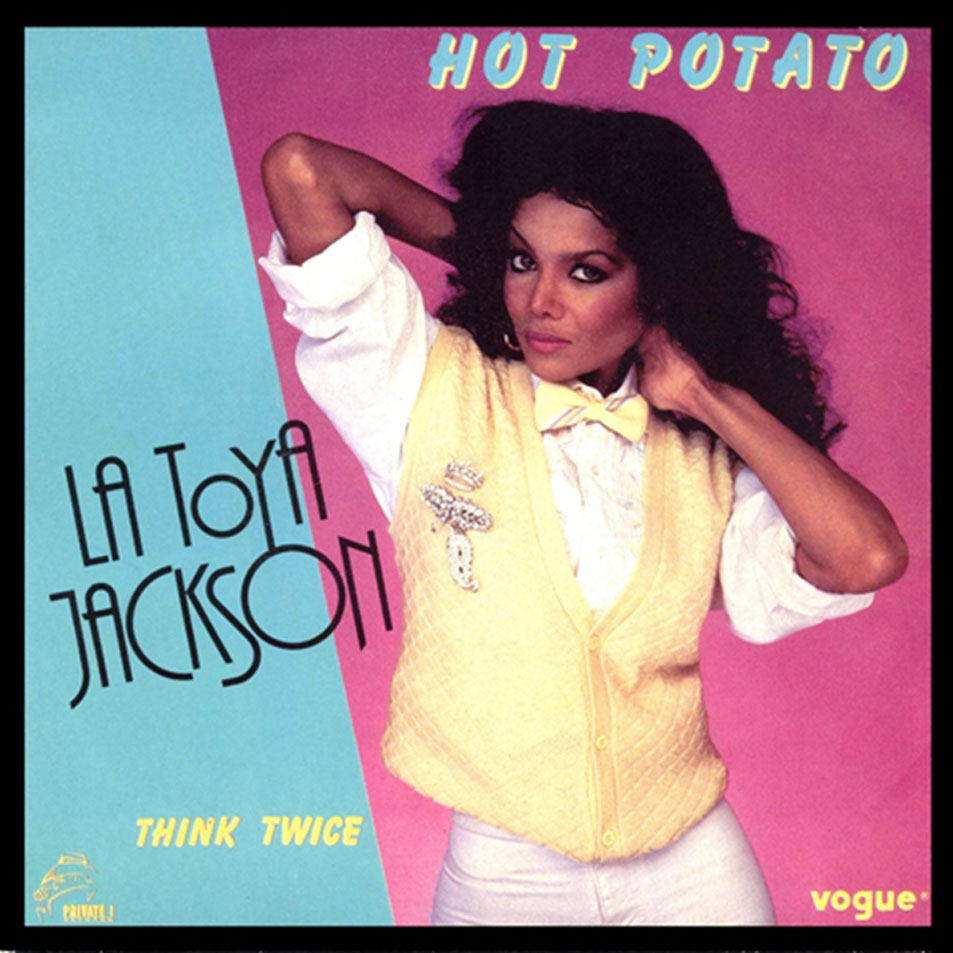 In a culture that fetishsizes celebrity, are all meatballs the same?

Anyone who knows me well, knows that I have dreams about celebrities with great regularity, but my unconscious predilections got out of hand one night a few years back when I had a dream not really about a celebrity, but about an celebrity recipe.  I had clipped said recipe from the National Enquirer back in 1987 and pasted in my journal for safe keeping; and here’s the best part: the celebrity was LaToya Jackson and the recipe was for microwave meatballs!  The mere thought of LaToya’s meatballs is oh-so-much-better than any real meatball by any non-celebrity that for years I never felt compelled to actually cook them, for it was enough to know that the option was always available.

Though I don’t believe in my heart she ever actually cooked much herself, I like using my imagination to picture LaToya in her Barbie-pink Encino kitchen with hunks of chop meat, eggs, and breadcrumbs mounded under her acrylic talons.  In fact I’ve used this image periodically as a self-soothing tool in times of stress and have found that doing so does, indeed, induce a warm, hypnotic feeling.  I have also considered the theory that there never even was a LaToya Jackson microwave meatball in the first place and this was, instead, the act of a desperate publicist who thought it might be more credible and less of a liability to release a recipe rather than to release another single like Hot Potato (which had peaked at number 100 on the Billboard chart less than a year before the release of LaToya’s eponymous meatball.)

When I initially looked back in my LaJournal to reference the recipe, I was crestfallen to see that it was not an actual clipping but a xerox of the recipe and had faded away to nothing, much the same way numbers on taxi receipts vanish when you are trying to add them up during tax season (how does that happen in just a few months?).   After so many years, all that I could read on the xerox, was “La…chop meat,” meaning that LaToya’s meatballs were lost forever—as unfathomable as the chorus of Hot Potato.  Time went by and I cursed my rotten LaLuck before providence struck: my friend Elisa found an second xerox of the original recipe when she was cleaning out a closet!  Hip, hip, hooray!  This second copy, which I had utilized in the construction of a Zsa Zsa Gabor-themed birthday card, was still legible—which really saved the day.  The second bit of good news is that while I was fact checking my LaHistory on LaToya’s impressive Wiki discography (ten studio albums!), I learned for the first time about the existence of 1993’s LaToya Jackson: Live In Poland DVD.  How the fuck did I miss that?

This long LaGression is just a way to explain to you how the dream and missing meatball recipe got me to thinking that there should be a more mindful attitude toward celebrity recipe preservation. Thus the Eating With The Stars feature was born.  By the way, unlike most EWTS recipes, my neighbor Corinne and I actually made these one afternoon, and all I can say is that some recipes are better left on the page.

If you’ve read this far you will definitely also enjoy:

The Worst Celebrity Exercise Video Ever?  A Tribute to LaToya Jackson’s Step Up, Plus, (Paradoxically) Her Uber-Fattening Recipe for “Creamy Apple Dessert” in Eating With The Stars! 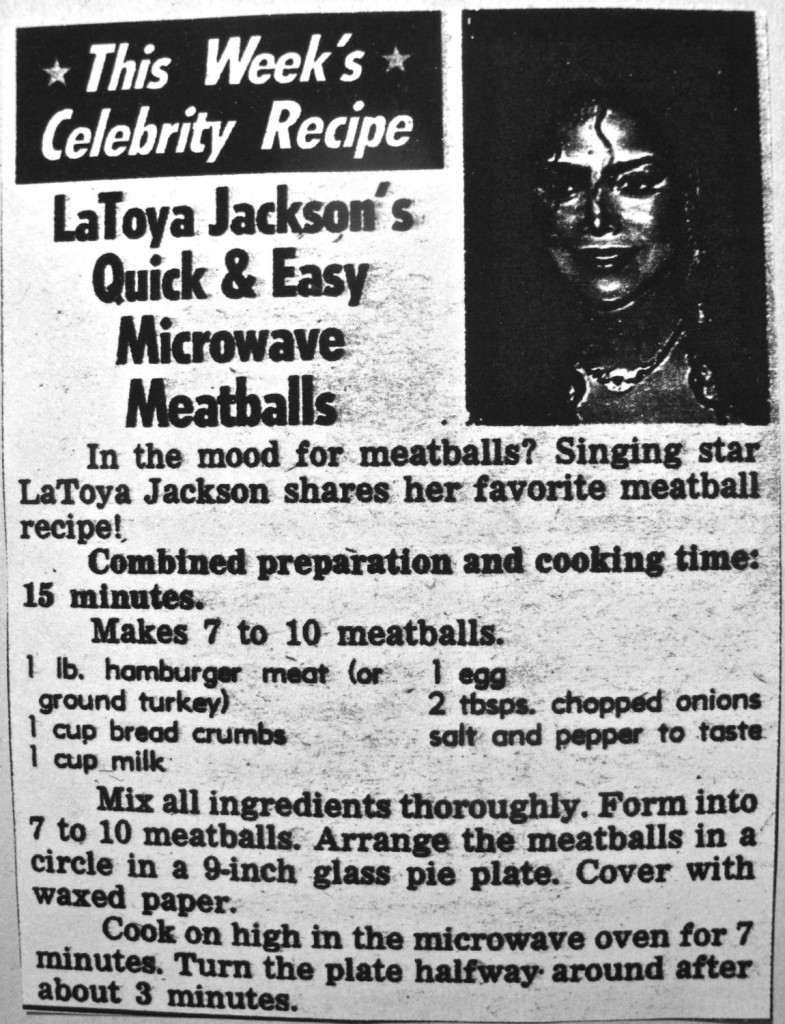 On Carol Channing, Corn, and Other ... 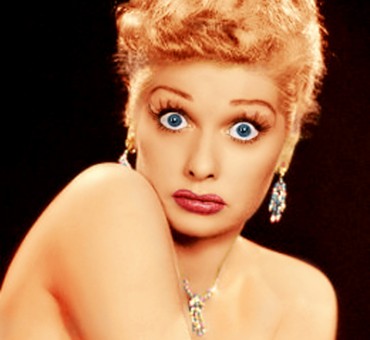 Lucille's Ball's Chicken Sauté in Eating With the Stars