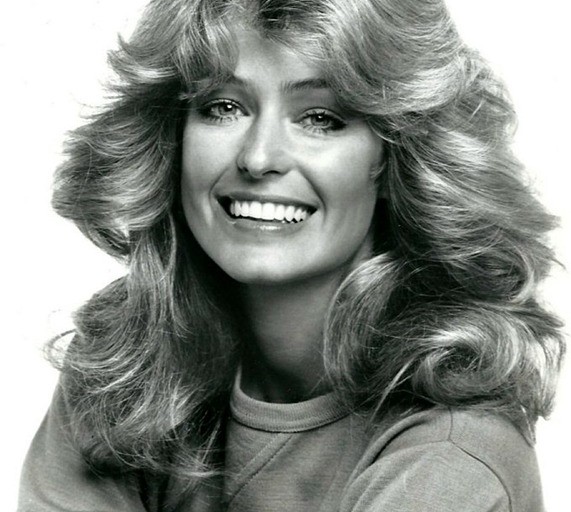 Perhaps the coolest thing about these four pictures of Farrah Fawcett skateboarding has little to do with her fantastic all-American looks. Yes, of course, the iconic Farrah Fawcett hairstyle is in fine form and she sports a pair of old school Nikes that would be worth a heap today, but what I’m enjoying the most about these “action shots” is their ostensible reason for existing.  You see they are associated with a specific episode of the originals Charlie’s Angels called “Consenting Adults,” wherein Jill (Farrah) mastered the skateboard to elude a rackateer’s henchman.   Just knowing that this was not a just a random photo shoot or public relations effort but, rather, a visual documentation of how angel Jill Munro got away from the bad guys, makes it so much more satisfying.  Don’t you agree?

As anyone who remembers the original show will confirm, Farrah escaping danger on a skateboard  is a very typical Charlie’s Angels plot device and part of what gave the original series its old-school charm.  Every single episode had them and they were nothing more than excuses to see Farrah and fellow angels Jaclyn Smith, Kate Jackson and, later, Cheryl Ladd and Tanya Robers, showing off a special skill (“Hey, Farrah can skateboard!”) and, usually, wearing as little clothing as prime time TV would then allow.  Hence we have these wonderful pictures of Farrah on a skateboard.  Because I watched Battle of the Network Stars religiously, I knew that athletic, outdoorsy Farrah was an asset to any team.  I’m so glad we have some photos to prove it. 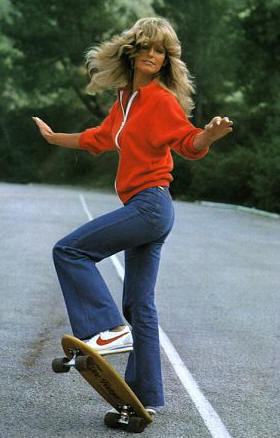 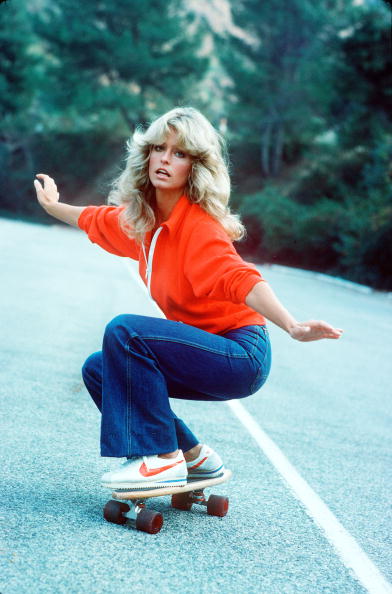 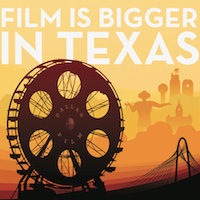 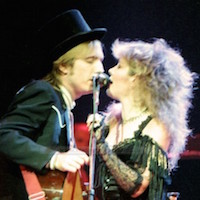