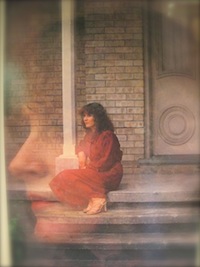 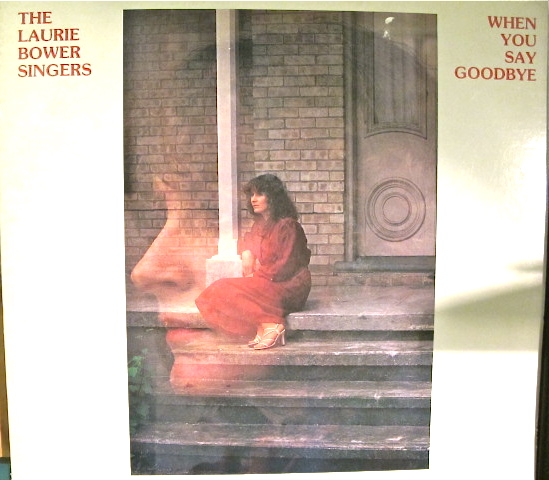 The Laurie Bower singers were an incredible find!  I found this gem in an antique store, very pre-internet, so it wasn’t until recently when I made the difficult decision to sell this seminal easy listening collection, that I was able to use the web to learn a bit about this memorable Canadian vocal group.

Let me preface the clinical stuff by saying that this album ain’t for everyone; it will primarily appeal to three groups:

Before I go any further, let me illustrate my point.  Let’s say you kind of always liked Michael Jackson’s Rock With You, but always wished it wasn’t so damn aggressive sounding and you could somehow smooth it over with a topcoat of creamy harmony and, essentially, completely eviscerate and deracinate any remaining evidence of authentic soul in the record.  If that’s you, then this is indeed a lucky day!

The Laurie Bower Singers, “Rock With You” 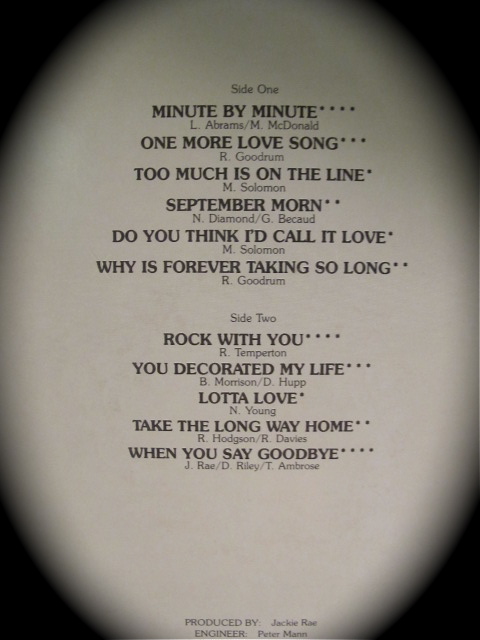 An interesting thing I discovered when I researched this album was that Laurie Bower was a man!  Yup, that’s right!  I was completely thrown off by the name “Laurie” and the amazingly evocative, though clearly misleading, 9 to 5 vibe of the album cover.

Oh how the breezy harmony takes me back to my early days.  I’m suddenly back in my orthodontist Dr. Strugatz’ office, patiently waiting to have my braces adjusted.  I’m swaying ever so slightly to the easy Muzak groove while I watch the fish swimming around in their aquarium.  I contemplate how very relaxing the world can be and in the moments before my name is called, I experience the true magic and wonder of Easy Listening.

I’m hoping that you’ll consider purchasing this wonderful album, which dates from 1980, at my Etsy Le Crap store (see link below).  In addition to the wonderful program of easy listening selections, I’d like to say a bit more about that album cover. If you’re anything like me, you’ll likely spend hours crab combing the fetching double exposure photograph on the cover, which, I think, still says so very much about the complicated emotional response to being stranded on a porch in 1980 wearing a secretary dress and sensible pair of strappy sandals.  The photo is nothing short of stunning in its power.  Like an old master painting, the artists asks more questions than he answers: “why is she on this porch?”; “has she been abandoned?”; “was she waiting for a colleague to take her to the office and that friend never came?”; “is she a permanent employee or a temp?”; “was she stood up by a date”?; “what if a beloved pet has run away and she patiently waits on the porch for his return”; “why the fuck are there TWO of her?”

Like all great works of art, this photograph asks us to think about what happened just before or after the shutter snaps as if to say, “Sit Up!”, “Pay Attention!”, “every moment of every day people are sitting on porches and waiting and there’s a lotta life going on out there!”  No matter how you interpret this album cover, it is certainly suitable for framing!

But I digress.  Despite its graphic attributes, When You Say Goodbye is, in the end, about music.  In addition to the aforementioned Rock With You and You Decorated My Life, you can enjoy the group’s lugubrious renditions of the Doobie Brothers’ Minute By Minute, their wispy interpretation of Neil Young’s Lotta Love and, most curiously, a toothless take on Supertramp’s Take The Long Way Home! (which come to think of it, might offer a plausible theory as to where her husband is and why she is waiting on the porch!)  There are several less well-known but equally beautiful numbers sure to sooth the savage impulses that lurk within each of our hearts. 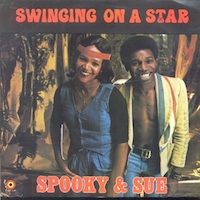 The Beat: Spooky and Sue's "Swingin' On A Star" and the Difference Between a "Record" and a "Song"