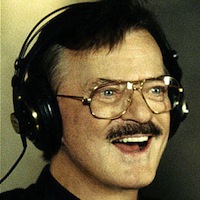 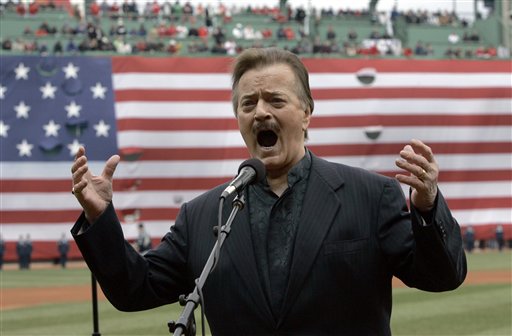 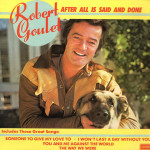 “Robert Goulet out, Steve McQueen in!”  In addition to being name checked in Hello Twelve, Hello Thirteen, Hello Love, one of the great songs in Marvin Hamlisch and Edward Kelban’s peerless A Chorus Line score, singer and actor Robert Goulet might best be remembered for creating the role of Lancelot in Lerner and Loewe’s Camelot, for his starring role in The Happy Time, the Kander & Ebb musical which won him the Tony Award for Best Actor in a Musical in 1968, or for winning the 1962 Grammy Award for Best New Artist.  He might be remembered for his roles in Louis Malle’s Atlantic City (1980), Tim Burton’s Beetlejuice (1988), or his guest starring appearances with Lucille Ball on The Lucy Show (1967), or Alice (a two part episode—no less—that aired in 1981).

But one thing that is certain is that the dashing Mr. Goulet, who died in 2007, will definitely not be remembered for his version of You and Me Against the World, which in its slick, jet age swagger manages to suggest a bottle of Vitalis hair tonic, the go-to hair product for the hypermasculine Kennedy-era set.   The song was written by Kenny Ascher and Paul Williams, who gave us The Woman in the Moon and Watch Closely Now from A Star is Born (1976), and was a ubiquitous AM radio hit by Aussie lark Helen Reddy in 1975.  Of course in timely Alice Doesn’t Live Here Anymore fashion—the Martin Scorcese film was released the year before—Helen made the song about her kids (“I love you mommy!”), but Mr. Goulet makes it about something else: Las Vegas!  Indeed in his resonant, pack-a-day Kent 100 baritone, the song evokes nothing as much as a long walk through the cavernous corridors of Caeser’s Palace at sunrise after a misspent night at the craps table.

For the sake of transparency, I have a more personal way of remembering Mr. Goulet—a specific memory that might be the cause of some mild embarassment if I were the kind of person given to being embarrassed by such things, or really anything.  You see Robert Goulet was the first concert I ever went to!  And here’s the best part: it was in the round!  Yes—I saw Robert Goulet in the round!  It was 1975.  I was spending half the summer at Lincoln Farm, a socialist work camp in Roscoe, New York and the camp director, for some bizarre reason, decided to send a bunch of stoner teenagers who listened to Led Zeppelin and Jethro Tull to see tuxedo-clad Robert Goulet in the round.  As I recall there was gripin’ a-plenty, but to be completely forthright, I had a great time (I was younger, maybe nine or ten).  When folks brag about their first concerts, I’m proud to say, “Goulet!”

Goulet You and Me Against the World

Stargayzing Mix Tape:  The Most Unbelievable Cover Songs of All-Time, #1-5

Two For The Road: Jack Jones and Al Lewis; or, My Two Most Memorable Tower Records Moments, 1987

Get Reddy!  A Stargayzing Tribute to Helen Reddy Illustrating the Theory of Celebrity Mental Stagnation at the Peak of Stardom! 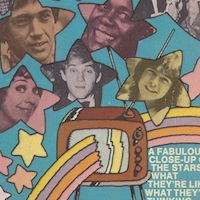