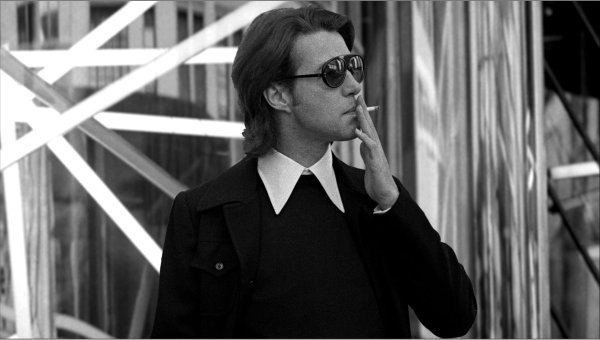 Halston (few know his first name, Roy, or his last name, Frowick) was one of the most influential designers of all-time. A charismatic, over-the-top personality, master of promotion, and flamboyant spender who lived life to its fullest and then, due to greed and drugs, fell out of favor, is a cautionary tale that makes for great storytelling. But the mythology of Halston’s life is not his legacy; the clothes are. He was a gifted designer who had great instincts and made clothing that was innovative and commercial (and sexy as hell.) His 1970s dresses remain highly collectible and their low-key glamor still appeals to celebrities.

Halston started out as a milliner at Bergdorf Goodman. His big break came when he designed Jackie Kennedy’s seamless pillbox hat worn to her husband’s inauguration in 1961. She wore the hat tipped back on her head, making fashion history and allowing him to leave Bergdorfs and start his own ready-to-wear line. His atelier on Madison Avenue became a gathering place for the city’s hottest celebrities, and as he became more successful he moved into an ostentatious, entirely mirrored showroom on 5th Avenue. He started hanging out with Liza Minnelli, Elizabeth Taylor and Bianca Jagger (all wore his designs) and his entourage of “Halstonettes” (his loyal models) at trendy venues like Studio 54. He lived life to its fullest, spending crazy amounts of money on things like orchids ($200,000 per year) and living in an expensive modern townhouse on the Upper East Side that was decorated in minimalistic shades of gray. His financial decisions were questionable, but his legendary over-the-top antics garnered him a lot of press and promoted the sale of his clothing.

“They were all impressed with your Halston dress and the people that you knew at Elaine’s…” (Billy Joel, “Big Shot”)

My mom was a big fan of Halston, and although she couldn’t afford his clothing, she bought the McCall’s patterns, the Halston fabric (I spent many afternoons with her at Jerry Brown, who provided all the fabric to the big-name designers, on 57th Street) and sewed the clothing herself. She could, however, afford Halston (the wildly successful fragrance) and wore it for most of the 70s to places like Maxwell’s Plum, the hot bar on First Avenue where the beautiful people would get drunk before going to Studio 54 (my parents tried to go once, but they didn’t get in.) The iconic Halston bottle, designed by his muse, Elsa Peretti, is still displayed in my parents’ bathroom.

In 1977, Halston made the grave error of selling his name to JC Penny in a billion-dollar deal that turned out to be his downfall. Bergdorfs and other high-end retailers didn’t want to be associated with him anymore and canceled all future orders. Adding insult to injury, the low-end JC Penny line Halston III didn’t sell and he was ousted as its designer. Halston tried to revive his career but was unable to; in the 1980s he discovered he had AIDS and moved to San Francisco, where he passed away in 1990.

Ultrasuede: In Search of Halston is a new documentary that is infinitely watchable for the 1970s footage of Halston’s world. The director, Whitney Sudler-Smith, however, is an amateur: inept at interviews, uneducated about filmmaking and a fame whore who insists on being in every scene. But seeing it made me rethink Halston’s legacy. He became so highly regarded in Europe that he shifted the geography of the fashion industry, putting the spotlight on American designers who were designing clean, modern sportswear. Diane von Furstenberg, Calvin Klein, Donna Karan and many, many others owe their careers to Halston.

Trolling eBay for vintage Halston is disappointing: there’s not much available. But I do plan to ransack my mom’s closet this weekend and see if she kept any of her homemade Halstons. I won’t be wearing them to Studio 54—that era is long gone—but I sure can wear them at dinner parties in my loft, which my friend Harv, Jr. dubbed, “Studio 44.”

This piece originally appeared in chelsea-girl.com 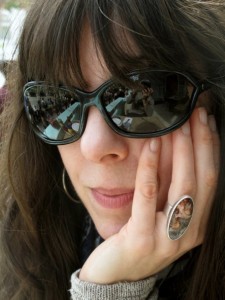 Elisa Casas is a vintage clothing expert.  Her website is chelsea-girl.com.  She has been my best friend since 1983.

My Bonnie Franklin Story: The Best Gift I Ever Gave, and the Duality of Laughing and Crying at the Same Time 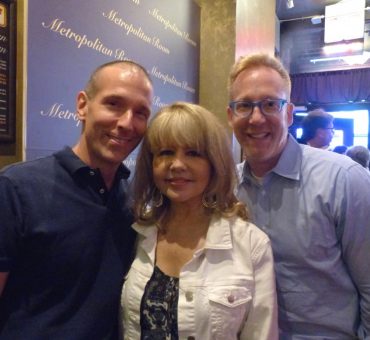