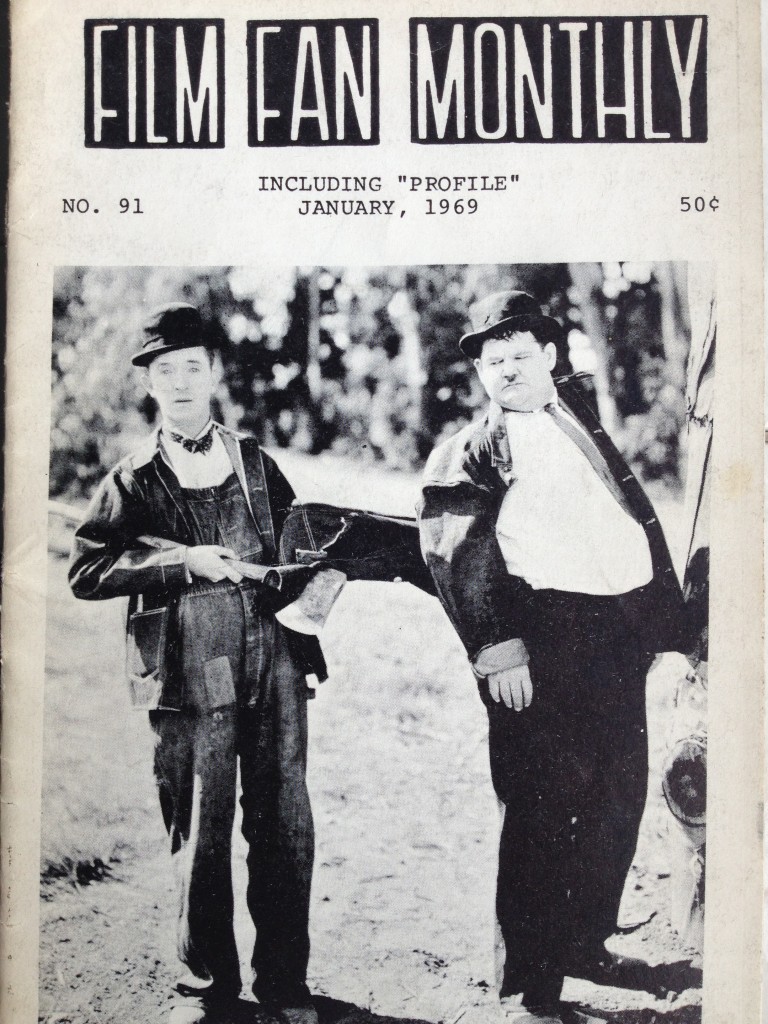 Recently I was rummaging through an old book store on 9th avenue and I happened upon an issue of Film Fan Monthly, an intriguing fanzine dating from January 1969 with Laurel and Hardy on the cover.  It was filled with long, interesting articles about old films, stars, and cinema history—basically the pre-digital era version of a movie blog.  Turns out the enterprise was run out of the Teaneck, New Jersey home and edited by a teenager named Leonard Maltin who, of course, went on to become one of our foremost cineastes and leading authorities on film.

My issue of Film Fan Monthly was filled with cool stuff.  In addition to an extensive classified section for collectors to trade or sell their goodies, (“Sophia Loren – Virna Lisi – Ursula Andress – Claudia Cardinale – Jane Fonda – Ann-Margret – Elke Sommer – Julie Christie — Special packages of 5 8×10 stills on each of these glamour girls now available for $2 each, plus 25 cents”).  I noticed most of the classifieds emanated from the same Teaneck address as the ‘zine.  Mr. Maltin was one hell of a precocious teen.

There were also contributions from esteemed experts. This issue featured a piece called “The Parade’s Gone By” by William Everson, a review of Kevin Brownlow’s then new and definitive history of silent cinema of the same name.  Finding this essay was exhilarating for me as years later, Everson was my favorite cinema studies professor at N.Y.U. and the person I most highly credit for instilling in me a passion for film history.  Reading his words brought back warm and wonderful memories of spending Saturday afternoons at his home where he would screen films from his personal collection for interested students.  He was a great and inspiring teacher.

FFM number 91 also includes a great piece about film noir favorite Audrey Totter (who died only a few months back) by Doug McClelland, as well as a fun, incisive piece about the great Tallulah Bankhead by Don Koll.  An excerpt:

She seldom liked to talk about her early films, which she made in 1930, ’31, and ’32.  One evening she surprised us by speaking freely about her “ghastly” experiences in early sound films.  “I can’t remember what possessed me to do them, dahling, unless of course I needed the money, which I did all of my life dahling.  I wasn’t happy with the material or most of the directors; imagine—the toast of the London stage going to Hollywood to make drivel.  One of the worst mistakes I ever made, except of course my marriage, but we won’t go into that.  Oh—The Devil and the Deep.  Yes I admit I did want to do that one for two reasons.  One, to act with dear Charles (Laughton) again, and the other, to have a chance to make Gary Cooper.”  [This is not a typo.  “Make” is roughly equivalent to today’s “hook up”]

I wrote to Leonard Maltin asking him to give me the back story on his adolescent enterprise.  After the jump is the wonderfully warm email I received in response. 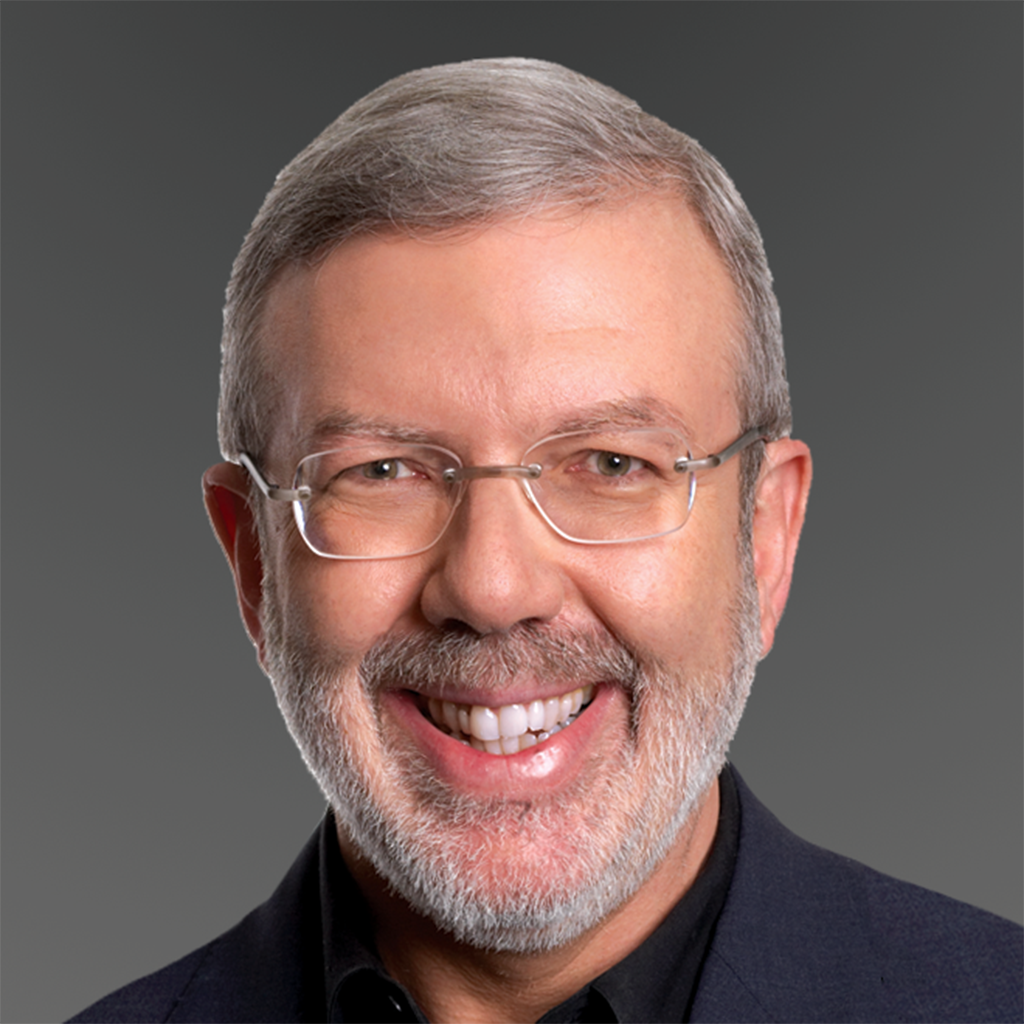 Hi… your letter came as a pleasant surprise. Here’s the scoop: I started writing for Film Fan Monthly when I was 13 years old and it was plugged in an issue of Forrest J. Ackerman’s popular magazine Famous Monsters of Filmland. I wrote a letter to FFM’s editor, Daryl Davy, in Vancouver, offering my services as a contributor and he accepted; no money was involved. When I then told him I was 13, he confessed that he was 19. I contributed to the magazine for the next two years, at which time Daryl said he was no longer able to devote the necessary time to putting out a monthly publication and wondered if I’d want to take it over. I was publishing my own mimeographed fanzine called Profile and this was a step up: he was professionally printed and had 400 paid readers (I had 100 at the time). I became editor-publisher of Film Fan Monthly in May of 1966 and continued for the next nine years.

At first I wrote everything in the magazine but soon I received submissions from a number of other well-informed film buffs, including some professional writers who were happy to have an outlet. Don Koll [who wrote the Tallulah Bankhead article excerpted above] was a working actor who lived in NYC and did mostly bit parts in films, TV shows, and commercials—a very nice man who used to host 16mm screenings in his apartment in the East Village. He passed away some years ago.
Bill Everson was one of my true heroes, so you can imagine how proud I was to publish him in my humble magazine.
By 1975 I was married, living on my own, and trying to make a living. I decided that it was time to retire my “baby.” I thought about reviving it several times but instead, in 2001, I launched a newsletter called Leonard Maltin’s Movie Crazy. I’ve published 30 issues and had a great time doing it, but again I can’t find the time to keep it up on any kind of regular basis—which makes it impossible to accept subscriptions.

I still sell back issues of both publications via my website, leonardmaltin.com, if anyone is interested. Because of that I’d rather you didn’t run those articles in their entirety, although you’re welcome to excerpt them with proper credit and a plug for my site.
Cheers, 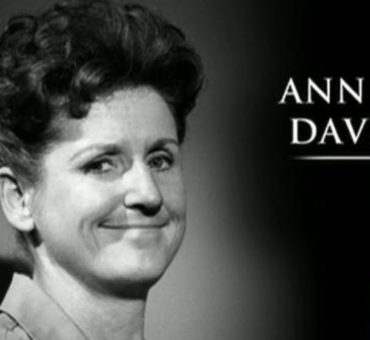 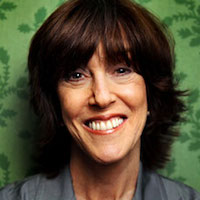