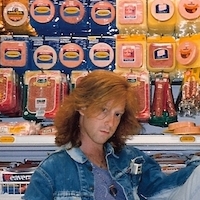 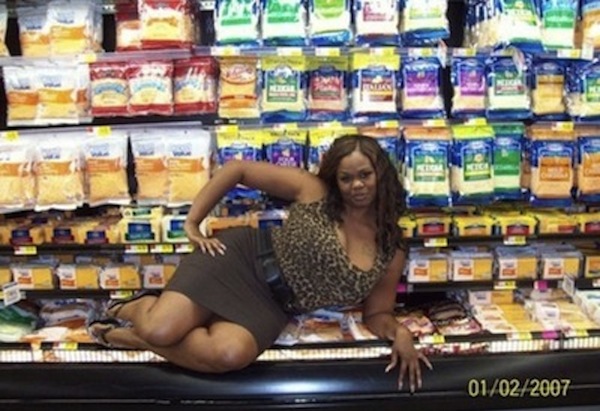 Imagine my bewilderment when I was scrolling through yet another inane BuzzFeed list and noticed this woman doing something that I had heretofore believed that only I was silly enough to do: lumber into the refrigerator section in a supermarket and do a photo session—the temerity!  Though I cannot compete with—let’s call her “Trixie”—Trixie’s attitude or sassy leopard print (I wonder how Jackie Collins would rate the print), I would like to point out that my outfit is color coordinated with the packaging.

In 1987, Elisa Casas took this picture to promote my club act, an ignominious evening that I generally refer to as “the time I was a cabaret singer for one night.”  The picture has outlived the memory of that evening for most people who were there (thankfully), but I do have to wonder from whence Trixie got the idea.  Though she switched out processed meat for processed cheese it is, essentially, the same photograph taken twenty years later.  Who knows, maybe she was among the very few people to witness my act of musical self-immolation.

Judging from the reaction to my photo, if there had been an Internet in 1987 the picture may have done more for my career than the “Night of Serious Music Did.”  If anyone recognizes the fox in the fridge, please forward this to her and tell her if she keeps it up she’ll be getting a cease and desist from my attorney.

The Gayest Song of All Time!, or How Bruce Roberts and I Got Jackie Collins in the Recording Studio and Learned the Difference between Good and Bad Leopard Print

AARP and the Temple of Doom:...

Saying Goodbye to My Dog Oscar 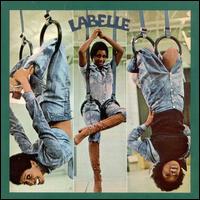 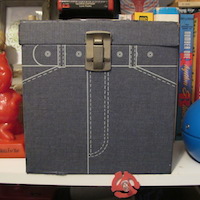 The Denim Box: A Time Capsule of Mid-1970s Pop Songs, Including Paul Anka's "(You're) Having My Baby"