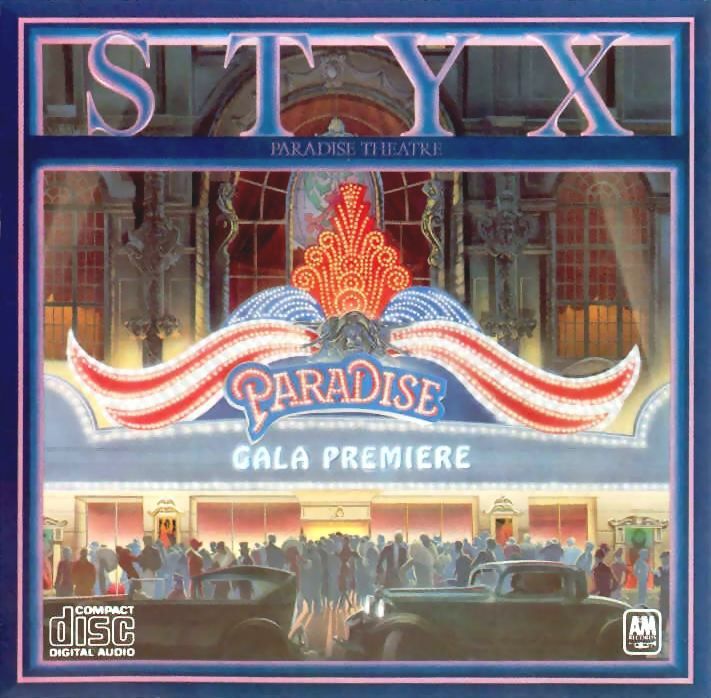 Dawn and I anxiously waited in the wings, stretching our legs and whispering encouraging things to each other.  We’d practiced our number so many times with the boom box in the basement that the cassette had patches where the sound dropped out, but this was the moment.  As we were introduced, Dawn adjusted my bulky burgundy headband and I gave her a kiss.

“Let’s have a big round of applause for Dawn Valley and David Munk with a jazz dance to Styx’ Rockin’ The Paradise!

The sound of confusion.  As we ran out into the dark silence of East Brunswick High School’s stage and the spotlight illuminated our opening pose.

The sound of laughter.  “Look at the faggot!” someone screamed. More laughter. “Munk is Gay!”  Each jeer seemed to embolden the boys in the auditorium to more vocally express their collective anxiety, until it was kind of hard to hear Dennis DeYoung’s tenor, especially during the ballad introduction:

“Tonight’s the night, we’ll make history, as sure as dog’s can fly/And I’ll take any risk to tie back the hands of time/Stay with you here tonight..”

Would I have minded so much if my entire family wasn’t out there witnessing my Shirley Jackson “Lottery” moment?  Lifting Dawn during the adagio portion of our number was hard enough without having to carry the weight of my shame.  I guess they’d never seen a man attired in head to toe “Capezio chic”: a black unitard over a burgundy leotard, stretch belt and jazz shoes.  Oh yeah, and the aforementioned headband.

Maybe I was confused.  Though being myself had historically created problems, this was unparalleled in its intensity.

Looking back, I understand. That was 1981.  Though my drama club friends and I lived in a bubble blown with the encouraging breath of Fame and All That Jazz, the rest of the student body lagged years behind in a world where there was no consciousness about homosexuality, no internet, no gay people on television and where the only gay characters in films were murderers, cross-dressers or pathetic victims.  They were seldom adolescent jazz dancers who lived down the street.

As the song progressed, a strange thing began to happen.  The audience split in two and the girls, ever my protectors, began to manage the heckling, admonishing the boys and enveloping my fast chaine turns in waves of love.  As Dennis DeYoung’s plaintive tenor told the story  — “I know, if the world turned upside down, baby I know you’d always be around”—my girl friends, in a typical expression of common sense, had created a tremendous surge of good will and support.

So this is for the girls who held me up and helped me survive the consequences of being a boy in a burgundy leotard.  You gave me the only loving reflection I ever saw in the mirror, but the best thing you ever did was shape a new generation of adults that sees the world like we did.

“Our memories of yesterday will last a lifetime

these are the best of times”