Oh boy.  It seems like a million years ago and yesterday at the same time.  It was (my dreaded) 25th birthday and I decided to have a party at the old Howard Johnson Motor Lodge on 8th Avenue.  For the invitation, Elisa and I decided to do a photo session in the middle of Times Square in front of the flagship Howard Johnsons (now, sadly, gone—like every other authentic thing in Times Square).  I decided to do a seventies thing in the photos, which included my Angela Davis fro, braided white platform shoes with stacked heels (I still have  them).

During the photo session, I met these two ladies and we had a very nice, long conversation.  This is, in my opinion, one of the top five pictures Elisa ever took of me. 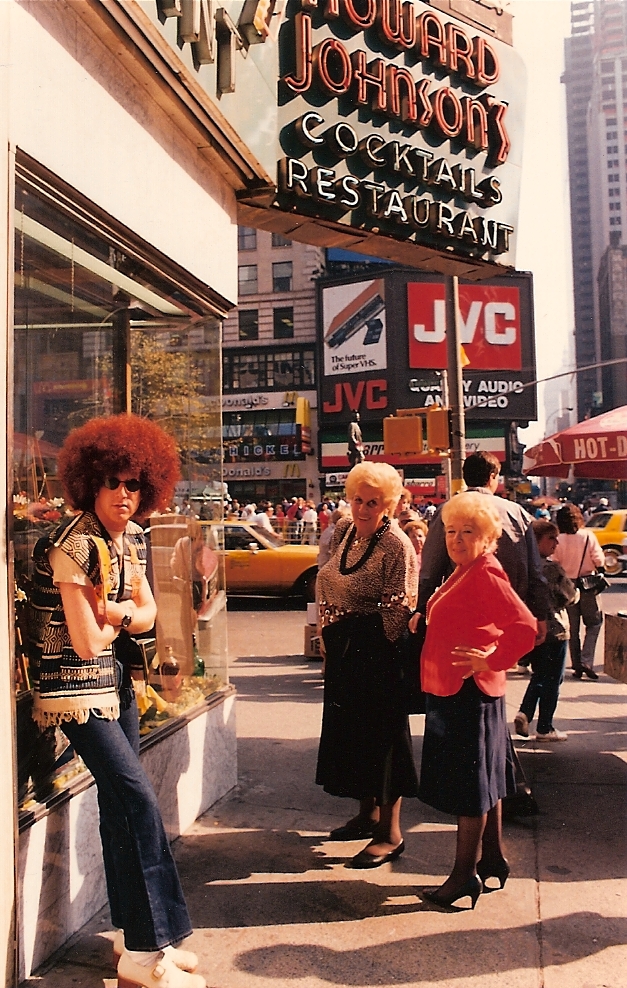 The party itself was a big hit!  I hired a manicurist (which is a value added element to any party) as well as the luminous Ada Love, who billed herself as “The Fairy Godmother of New York.”  I had seen her at a vaudeville review. Her act was simple: she would sing a little and bless people with her wand.  People seemed more appreciative of the blessing than the song. 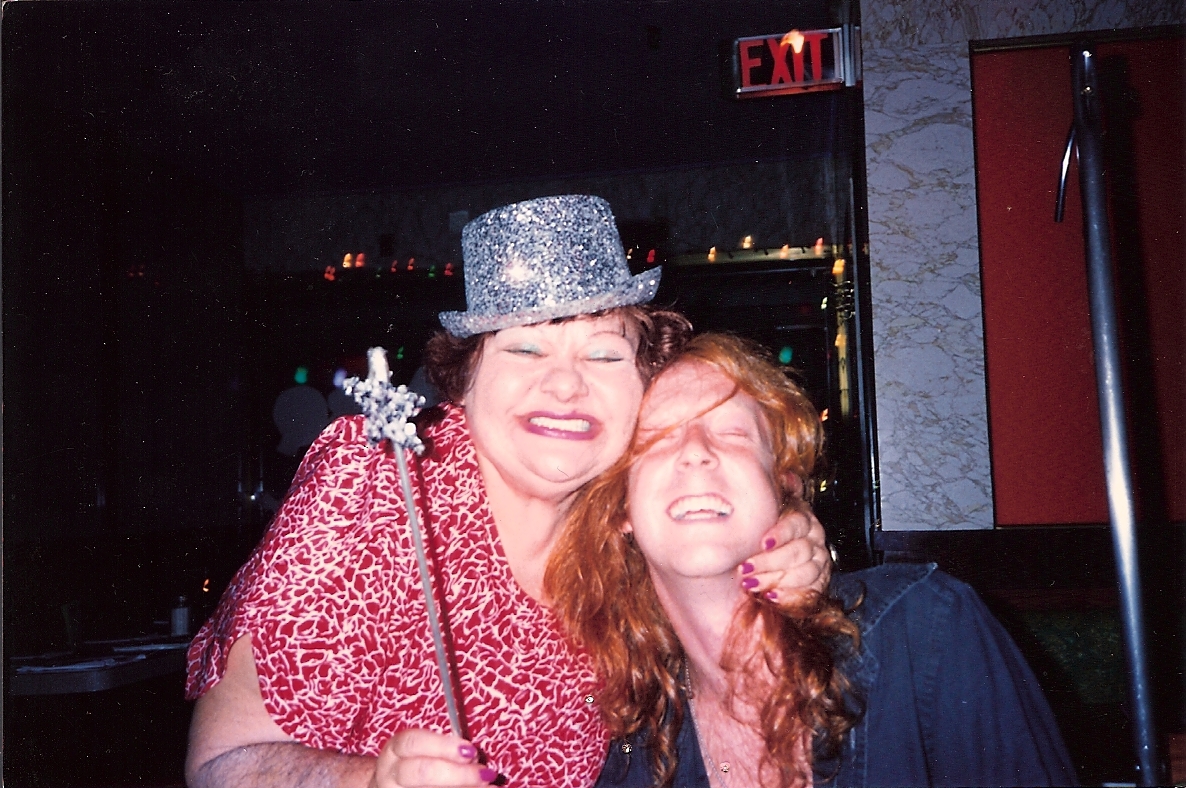 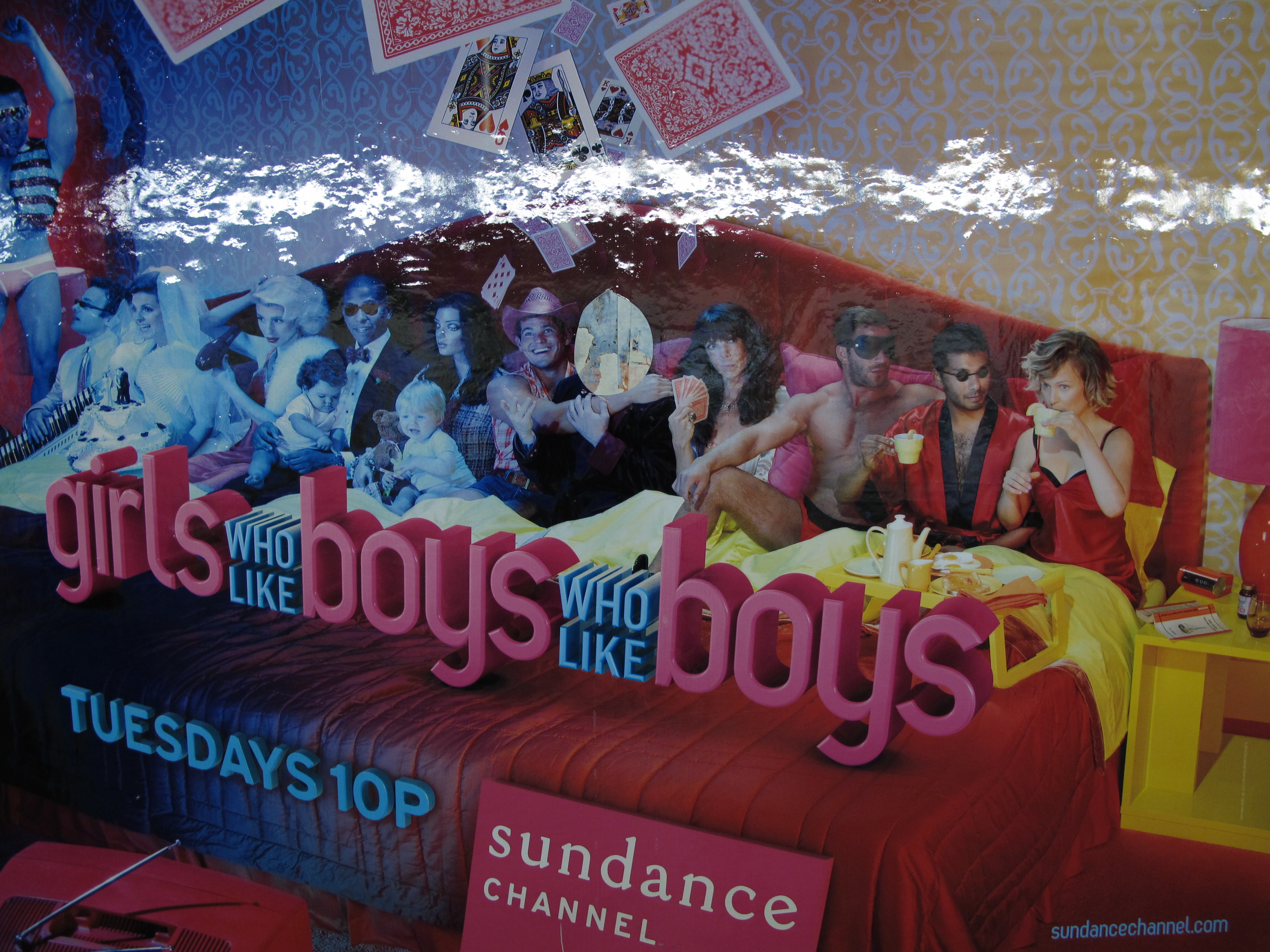 We Didn't Need Dialogue, We Had Defaces!