Truth: Cyndi Lauper possesses one of the great singing voices of our time. Though it is impossible to overstate her impact on pop culture at the time of her first album She’s So Unusual—including being a major fashion influence, popularizing Pro-wrestling, and 24/7 presence on nascent MTV and pop radio—it’s always been about “that voice.” Cyndi’s voice is the engine that has powered her career from the moment the world first heard the giddy keyboard riff of Girls Just Want to Have Fun in those early months of 1984. From the media’s early obsession with a fictive rivalry with Madonna for pop culture preeminence (“Who will be bigger?” “Who will endure?”), through today, Cyndi has always been the underdog and rather under-appreciated. Beneath the schtick and the theatricality beats the big heart of one of our great emotive vocalists; an East Village Edith Piaf in neon. 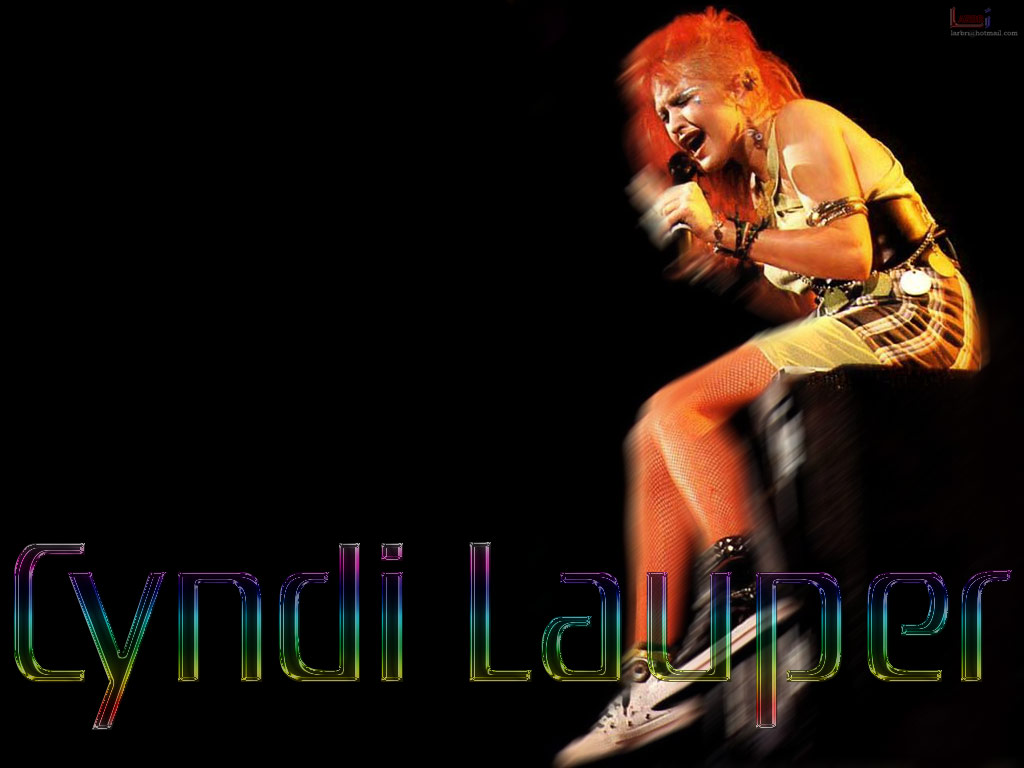 If Girls Just Want to Have Fun’s buoyant, candy-colored spirit captured the zeitgeist of the moment, the follow-up single, Time After Time—an even bigger hit—proved that there was a great deal more than having fun to Cyndi Lauper, who Newsweek magazine had dubbed the “New Wave Gracie Allen.”  In addition to being a balls-to-the-wall rock singer, with Time After Time and it’s tender video, Lauper showed she possessed something richer and altogether more unexpected: the ability to touch your heart. As I learned from her book, Cyndi’s early life was more difficult than I ever knew and, like the greatest chanteuses, she has used her challenges to great professional advantage. In other words, when Cyndi sings it can make you cry.  Being a lifelong outsider had informed everything about Lauper’s work, both musical and philanthropic. Her empathy has motivated her tireless work on behalf of the LGBT community over the years, despite being neither L, G, B, or T.  She is only “C,” for “Cyndi,” but wholly “one of us.” 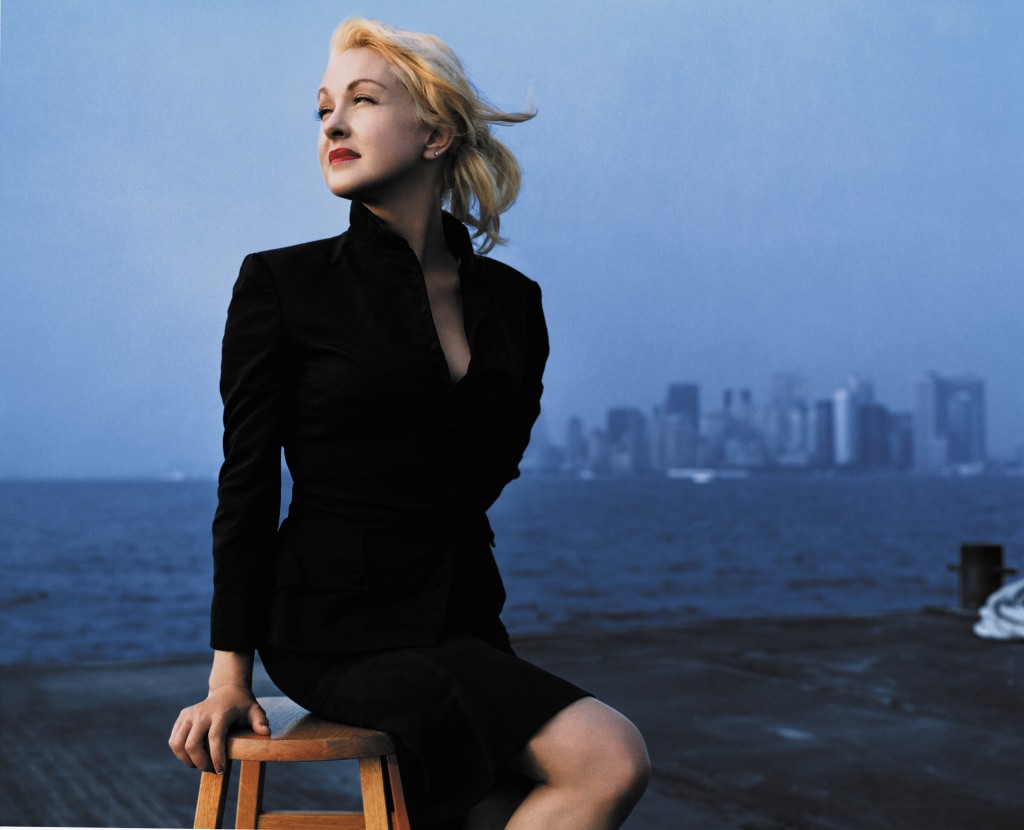 Cyndi Lauper and I arrived on the scene at almost the same moment: me to New York City and she from the city to the international stage. Maybe that’s why I felt such a strong connection to her sudden success. Indeed, as I pounded the same Manhattan streets as Cyndi, I remember feeling as if I were somehow riding her success like a wave; I could feel it swelling all around me with the release of each successive single. Cyndi had worked at the vintage store Screaming Mimi’s on the upper west side, I worked downtown at Antique Boutique. By 1984, I was being stopped in the street because people thought I was Cyndi’s guitarist John McCurry (he also played for John Waite, whose “Missing You” was one of the biggest songs of that year). I liked it when people would mistake me for someone famous because it made me feel important, if only by proxy. I knew, however, that it wasn’t half as wonderful as being recognized for something you actually did yourself. Years later when I got to know many famous people, I was disabused of this idea, observing that being famous either personally or by proxy was, at best, a mixed bag.

In 1987, shortly after the release of Cyndi’s second album True Colors, I started studying voice with Lauper’s teacher Katie Agresta under the illogical hope that lightening might strike twice. Though Katie was and is an inspiring and extremely skillful teacher and she did what she could for me, at the end of the day you’ve got to be born with a gift and I wasn’t. I eventually found my niche working with great singers and songwriters as a manager and A&R person and as my career developed, I grew more comfortable being adjacent to celebrity as opposed to the direct target of all the attention.

Looking back on those days I have many nice memories. Considering how many people I knew who worked with her and, later, how many friends I had at her then label, Epic Records, it’s surprising that I’ve never met Cyndi, but I never get tired of listening to her sing or singing her praises. Here’s a P.S.A. I did for Cyndi’s “We Give A Damn” organization when I was on Sundance Channel’s Girls Who Like Boys Who Like Boys (another near miss.)

I have many favorite live performances but for me, this version of “Money Changes Everything,” the fifth single from her debut album, captures the essence of Cyndi’s dynamic energy (along with one of her all-time great vocal performances), and irrefutably conveys why she became such a phenomenon. By extension, it also captures my own worldview in 1984. Though Cyndi may have been the one soaring overhead in her flying garbage can, for so many of us it felt as though she held the world in the palm of her hand.

(N)e(u)rotica: What Madonna Said to k.d. Lang about Peggy Lee

On Cher’s 70th Birthday: A Tribute to the Patron Saint of Gay Men 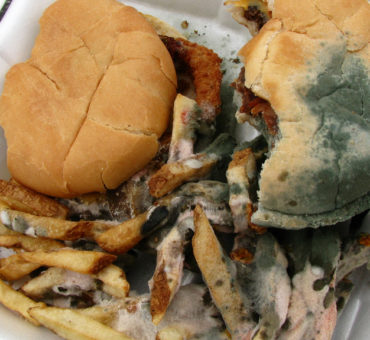 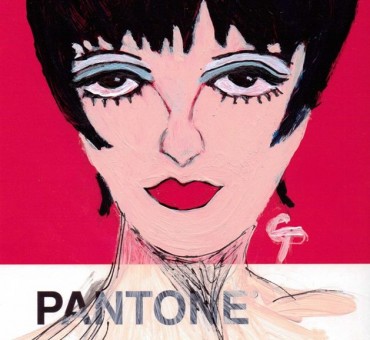