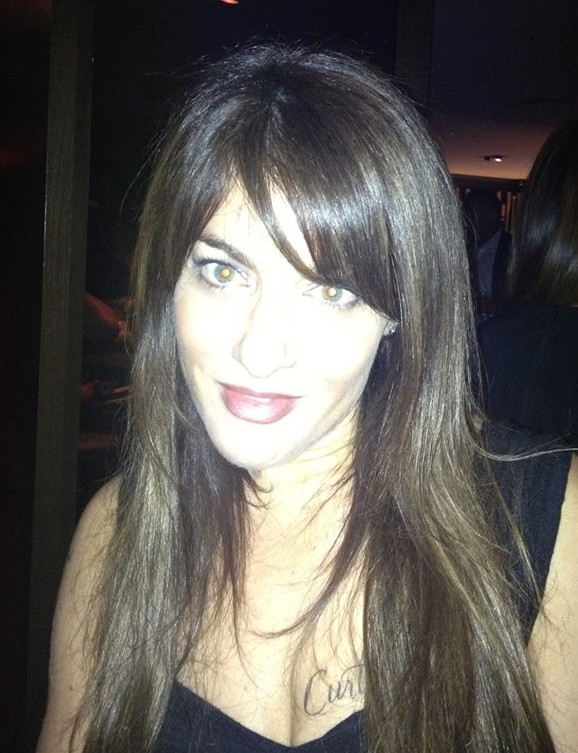 In addition to being a lovely person, a dear friend, and one of the most meaningful keepsakes from my own twenty plus years in the music business, Faith Newman is a veritable encyclopedia of soul music history. The Philadelphia native’s career as an A&R person and music publishing executive is the logical extension of her lifelong passion for R&B music in all its iterations.  As part of the original Def Jam Records team, Faith not only bore witness to but helped shape the emerging genre of hip hop.  Later, she signed Nas at Columbia Records and now, in her role as music publisher at Resevoir Music, she has signed and developed 2 Chainz, one of the biggest rap artists in the country, as well as taking publishing stewardship for Al Green’s legendary producer/writer Willie Mitchell among an increasing number of classic soul catalogues.

But in her heart of hearts, Faith will always be the girl who grew up steeped in the culture of Philadelphia Soul: Gamble and Huff, McFadden & Whitehead, Thom Bell, Patti Labelle, the O’Jays, Harold Melvin, Salsoul, Eddie Kendricks and, of course, Teddy Pendergrass.  These artists and writers, among many others, created the soundtrack of her life and informed her sensibility.  In her present role at Resevoir, she has just acquired the Philly Groove catalgoue, a little known but incredibly dynamic precursor to the Philadelphia International Records songs known the world over.  This signing represents the culmination her lifelong interests as well as an exciting opportunity to introduce young people and the unitiated to the unbridled exuberance of classic soul, Philadelphia style. 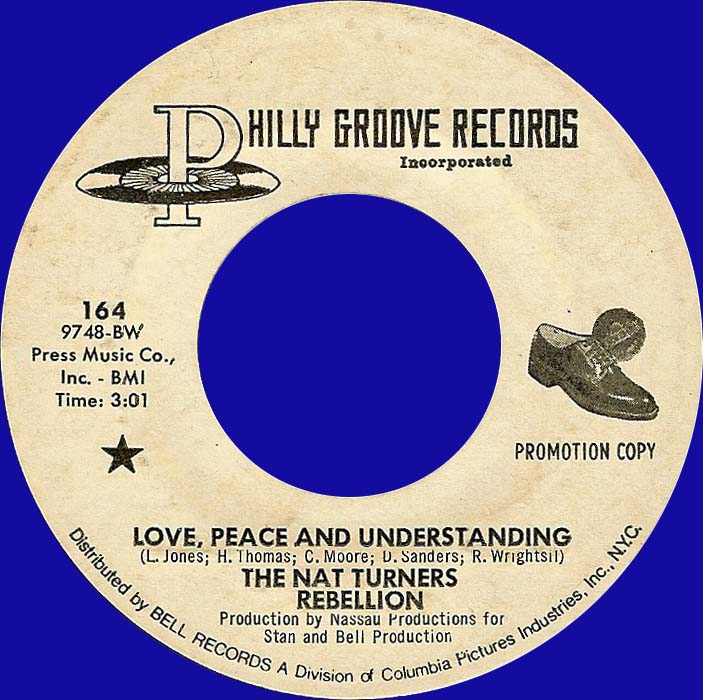 In the soulful spirit of our frequent conversations, I asked Faith to share a wonderful piece she wrote a few years back (that appeared initially in the blog Insideplaya) about the passing of her hero Teddy Pendergrass.  In addition to paying tribute to one of the great R&B crooners of all time, Faith’s story touchingly conveys her unique experience growing up as a young, white, Jewish girl magnetically drawn to black music and culture.

At about midnight last night I heard the news that Teddy Pendergrass had died. The tears started about thirty seconds in. I immediately sent an IM to a beloved friend; I knew that of all the people in my life, he would understand why I felt such a sense of loss. “Write it down, he said, explain what he meant to you.” So, here goes…

I think to adequately express myself, I need to take it back…way back. I’m four years old and sitting by myself on the stoop of my grandparent’s house in North Philly before the great white flight. Even as a little child, I liked to be alone with my thoughts. Across the street on the corner, there was a table set up distributing info on the Black Panthers being manned by three people with magnificent afros. I watched them for a few minutes, then decided to cross the street and join them. I can’t say why. They looked at me with amusement. “Are you lost?” one woman asked. She smiled at me and offered to walk me back across the street. She did. 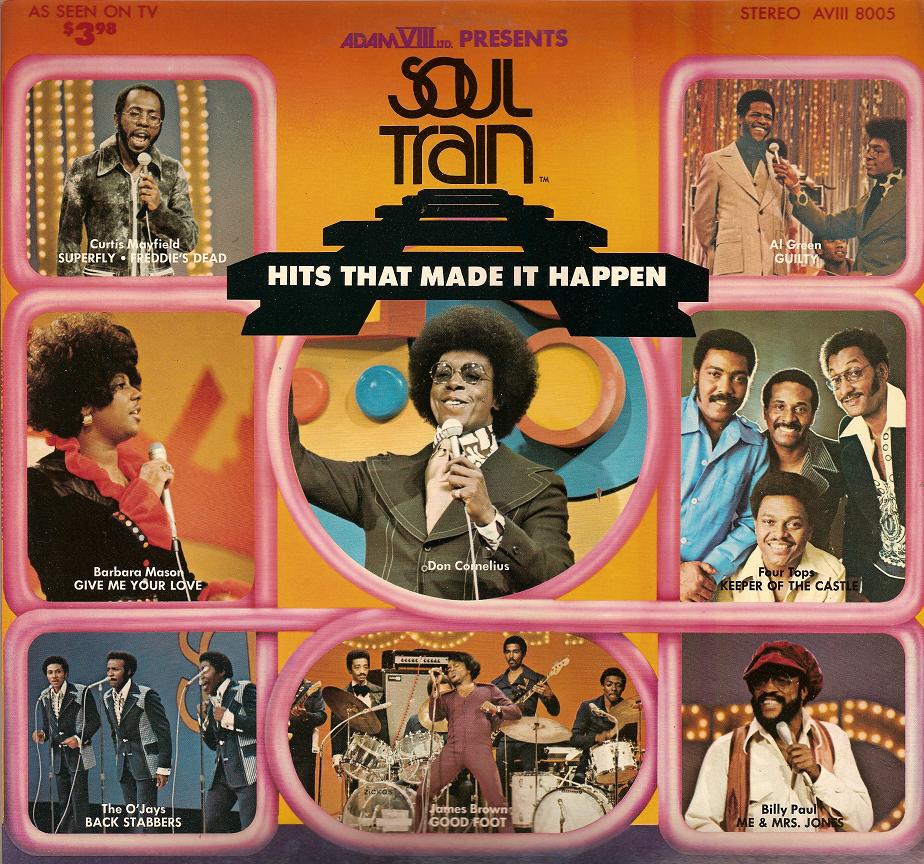 By the time I was seven, I had purchased numerous records and had cataloged them in an orange spiral notebook. My first 45” purchase was Al Green’s Guilty. My first album was Soul Train, Hits That Made It Happen. I remember walking through the mall with my Dad. I saw that album on a display rack outside of Woolworths. “I want this one” I said. “Are you sure?” my Dad asked. “Definitely.” Maybe he had forgotten that Soul Train was my favorite show and I that had my Mom wake me up every Saturday morning so I could put on my maroon platform shoes and dance along to the music. 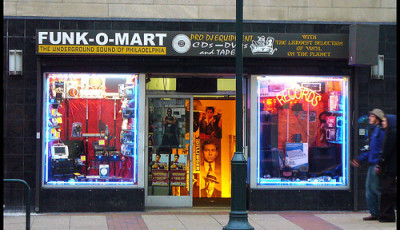 By ten my family had moved to the suburbs, but I didn’t let that slow down my love for the music that felt more real to me than anything else in my life. At twelve, I would walk the mile to the SEPTA train so I could go to Center City Philly and buy records. Mind you the Philly of 1979 was a little different than the Philly of today. No matter to me. I would exit at Reading Terminal before heading down Market Street to buy records at Funk-o-Mart and Sound of Market Street then head home with a pile of 45s and albums. Naturally my stash included the Teddy album and 45s of Come Go With Me, and Turn Off The Lights. I think twelve year olds then weren’t quite what twelve year olds are today. I may not have know what was what, but I did know that whatever “sex” was, it sounded like Teddy Pendergrass. It became a natural part of my repertoire. I had music that spoke to every emotion, funky music to feel happy, ballads to feel sad and now Teddy to feel, well, you know… 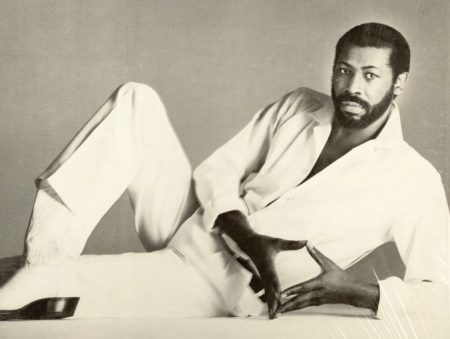 Around this time, I was reading about Teddy’s “Ladies Only” shows at the Tower Theatre in Upper Darby. I fantasized about actually being able to be there, never mind that I was too young. Besides, how would I get there and who would take me?

I wrote love letters to Teddy (and Rick James!) that I never mailed. I tacked the Teddy and Live Coast to Coast album covers on my bedroom wall; I’m guessing that not too many of my classmates did the same. (As a side note, that same year while roller-skating at United Skates of America on Roosevelt Boulevard, I heard Rappers Delight,  causing another monumental shift in my musical world that would carry into my later career in the hip hop business).

Flash forward to the early eighties. By fourteen I knew that I wanted to “be in the music business,” although I had no idea what that actually meant. All I did know was that I loved music—Black music—and that there had to make a life where I could be surrounded by it at all times. I couldn’t imagine doing anything else with my life.

In 1981, at fifteen, I got my first job at a Philly record store called “The Listening Booth.” I flirted with the kinda slimy guy with the coke pinky who worked in the stereo department so he would play the in-store music that I liked. Of course that included Teddy and Rick and Marvin and Prince and my all time heroine, Teena Marie, the one person who made me feel that it was okay to be who I was and respect what I loved. I was asked to leave after I asked stereo guy to play Vaughn Mason’s Jammin’ My Big Guitar in the store. It was Christmas season and it didn’t go over too well with management. 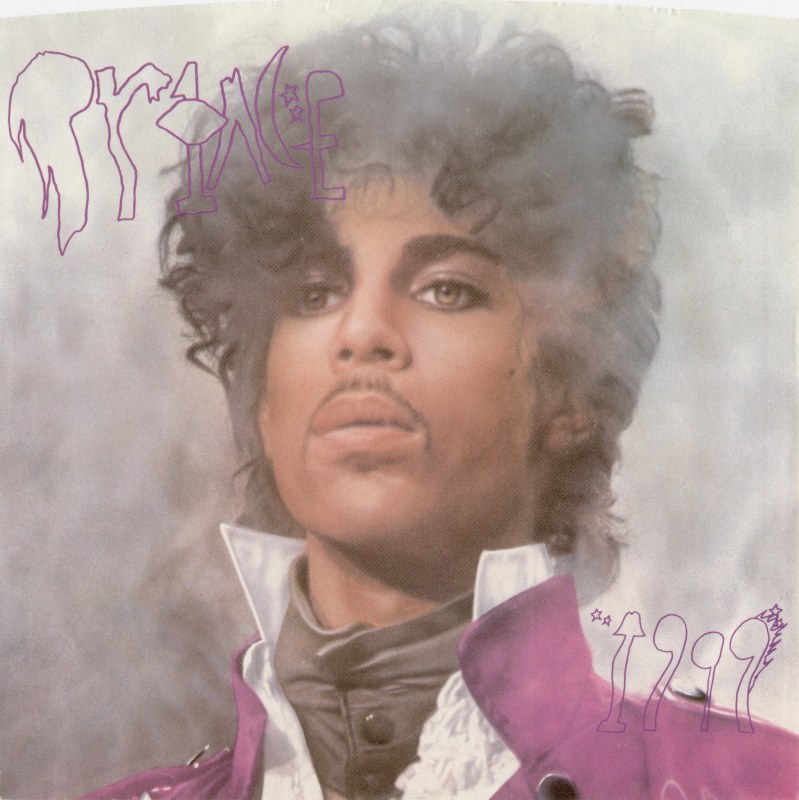 Sixteen was the Prince 1999 show on U. Penn’s campus. I was a huge fan of The Time and wore my Wild and Loose t-shirt to school the next day. I was met with a lot of quizzical stares. You see, I went to high school in a lily white suburb. There were exactly three African Americans in our whole school, one of whom is my friend to this day. What up Jeff?! 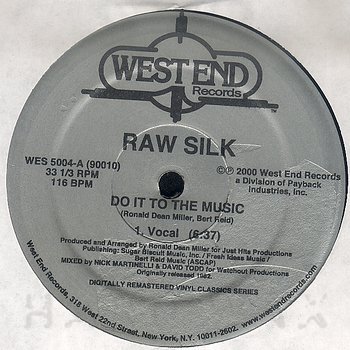 I was an honors student, I was a “good girl,” no sex, no drugs, no alcohol, but man was I addicted to the music. I remember trying to “fit in” more by going to a “kegger” with some of my classmates in junior year. They had asked people to bring records to play. I showed up with the Zapp IV album , and the Raw Silk Do It To The Music and Secret Weapon Must Be The Music 12”s. Needless to say, it didn’t go over too well and I left soon after glad that no damage was done to my vinyl.

1982 brought the tragedy that changed Teddy forever. I vividly remember the Philadelphia Inquirer headline accompanied by a black and white picture of his mangled car. I thought to myself, “he’ll be okay, he has to be.” I actually cried then like I did last night. It didn’t seem fair but I just knew he would be back to doing those ladies only shows so I could finally see him in person. When you’re young, you find it hard to accept that humans can be so frail and life so tenuous.

Since I was sixteen by then, and duly licensed to drive, I finally had the freedom to explore the world outside the suburbs. My best friend at the time was a Spanish girl named Olimpia who had recently moved to the United States from Valencia Spain. She was nothing like the other girls I knew. Her family ate dinner at 10:00 then sat around the table drinking espresso and smoking cigarettes. Olimpia had been going to nightclubs in Spain since she was fourteen; she got me.

We cosmetically altered our Pennsylvania licenses using White-out and black eyeliner and proceeded to hit Philly clubs like The Library, Kim Grave’s Lounge and Cahoots. We were the only non-Black girls there, but it never, ever felt strange to me. I mean, where else was I going to hear the music that I loved?

The summer of my sixteenth year also brought me an internship with Electric Factory Concerts. I was able to be backstage at numerous concerts, including Marvin Gaye’s last tour. I made some good friends there and was invited to more and more house parties in West Philly, which I clearly preferred over keg parties in the suburbs.

Between the house parties and the club nights, I got to know the Philly crew; Doug Henderson, Mimi Brown and Butter from WDAS, Lady B, Fred Buggs from Power 99, Lawrence Goodman, folks from Philly International, from Sigma Studios and of course, my friend Lee Johnson from Electric Factory Concerts who always looked out for me.

All of these people, these Philadelphia people, accepted me without hesitation. Around them and in that scene I didn’t feel like an outsider, I didn’t feel misunderstood. I love the Philly music scene to my core. It made me who I am. It allowed me to become a success in the music business, the dream I had had all my life.

So, why the tears for Teddy’s passing? Because he symbolized for me a time and a place in my life that can never be replaced, just as he can never be replaced. In 1994 when I was an A&R exect at Columbia Records, Teddy came in for a meeting with me. It was all I could do to keep my legs and my voice steady! He was kind and gracious and full of humor. He didn’t seem to have a bitter bone in his body. It was only a half an hour meeting, but I will never forget it; I will never forget him. Rest peacefully Teddy. We were blessed to have you in this world.

Reach Out and Touch (Somebody’s Hand): My Three Nights with Diana Ross, Including The Night She Was Snubbed by Beyonce!

When a “Song” Becomes a “Copyright”: Carole King and Gerry Goffin’s Will You Love Me Tomorrow