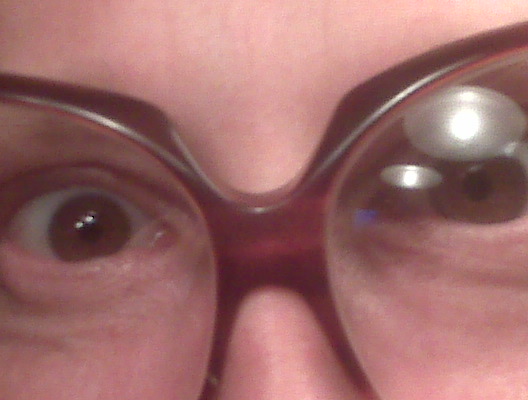 Marge was born on Halloween 2009. I was casting about for a way to top my 2008 get up, the year I stunned Spring Street with a dead-on impersonation of my friend Elisa. I had been developing the idea of Marge in my head for several years;  I was always just fascinated with gals who are crafty, but then she evolved. I placed Marge regionally in the mid-west (naturally) and then the rest of the character just fell into place 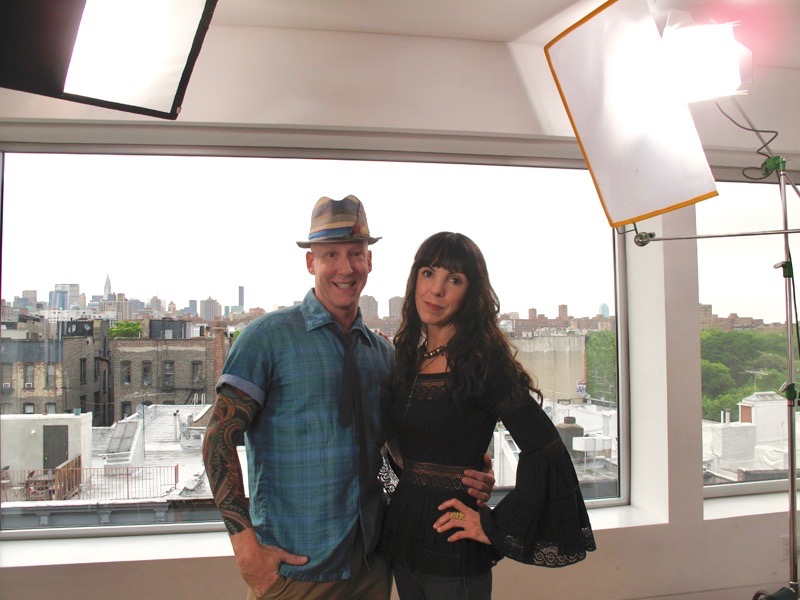 I love Marge because we are so different. Whereas I am impulsive, flamboyant and childish at times, Marge is eminently practical and conservative. Her denim jumper is simple. Her Vera Bradley quilted carryall is light and washable. She wears her hair short and can’t be bothered with make-up (her one her few indulgences was having her eyebrows tattooed on—even there a (misguided) attempt to be practical. Whereas Marge is virtuous and God fearing, I am deeply flawed and afraid of everything. While I don’t drink but love attention, Marge likes nothing more than not being noticed while intoxicated. Two of the things we do have in common is that we both like to keep our crafty hands busy (as Marge loves to say, “Idle hands are the devils playthings”) and an abiding love for the music of Johnny Mathis. 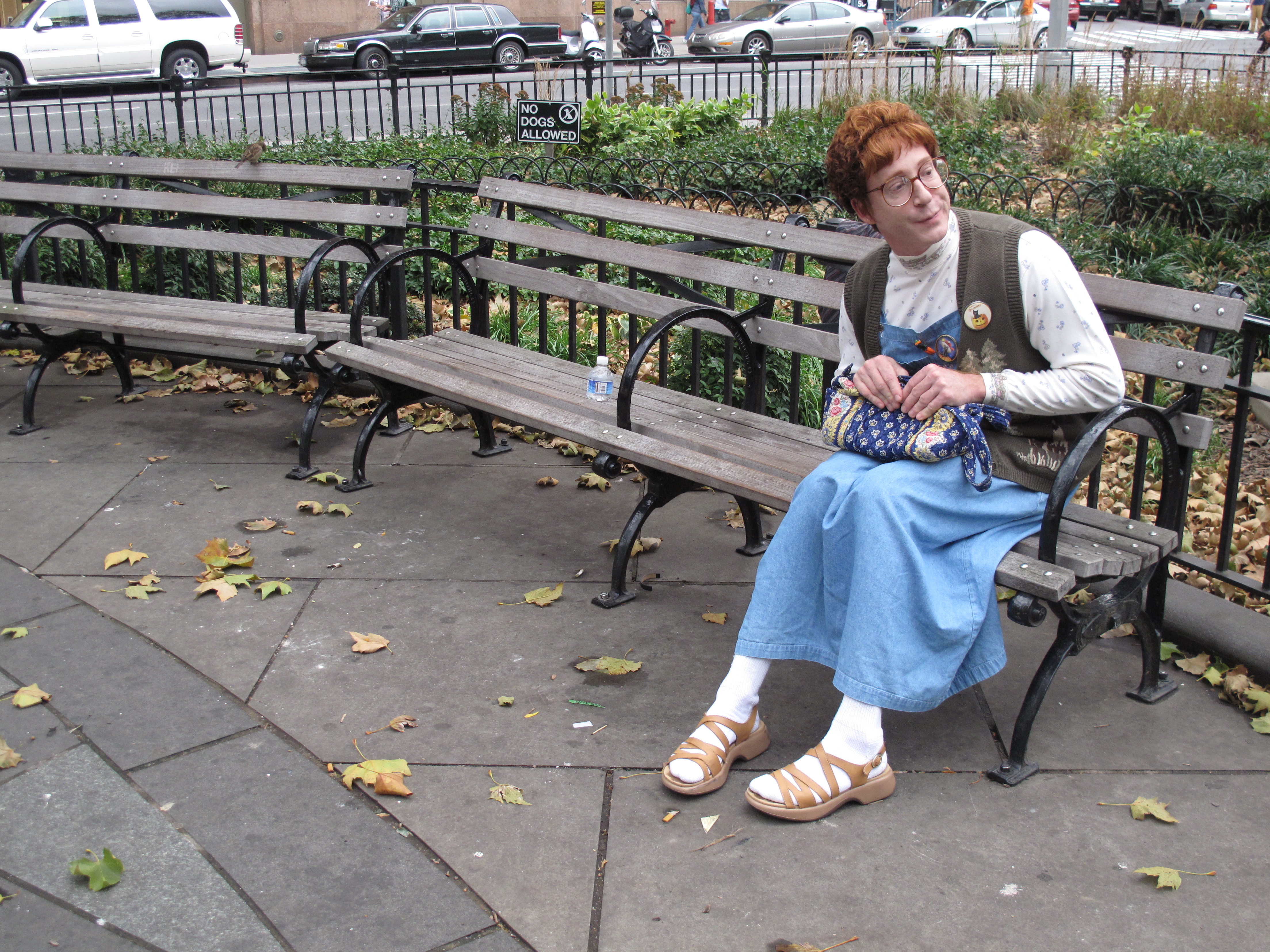 On my erstwhile reality show Girls Who Like Boys Who Like Boys, viewers got a chance to meet my scrapbookin’ lady Marge Kaiser, the kind of lady who might work at Michael’s part-time. Sometimes anti-glamour drag is referred to as “trailer drag,” but that’s not egalitarian Marge who describes herself as a “people person.” Though Marge would live in a trailer if she had to, she’s just your average neighborhood lady who likes cats, crafting and Coronas. As I said on the show, “I’m not interested in dressing up like Beyonce, but what does interest me is the alcoholic woman who lives at the end of your street.” 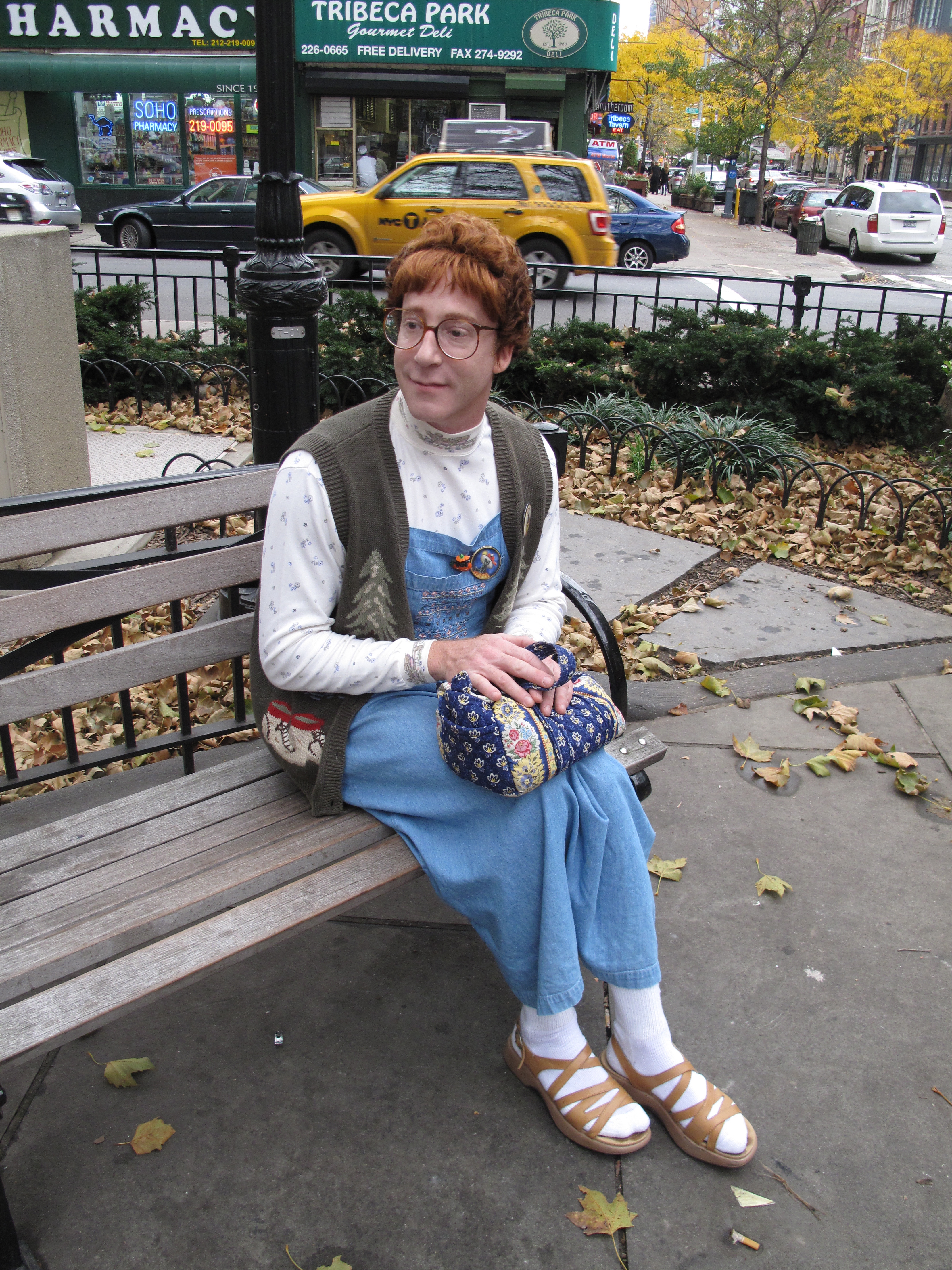 Doing boring things while pretending there is no camera on you makes average people into bad actors and real life into bad TV.

We were the last couple to be cast and literally had about four days to prepare all of our segments. The challenge was that neither of us was in a particularly exciting moment in our lives, save that we had been cast on a reality show. Because reality shows are, by nature, unreal and boring they Sundance was determined to make sure we didn’t push the envelope of already-established reality show tropes, we couldn’t do any meta humor that acknowledged that we were being filmed. Doing boring things while pretending there is no camera on you makes average people into bad actors and real life into bad TV.

All we had to work with was that Elisa had to go the airport because her daughter was off to Paris for the summer. Wow. As her partner on the show, we had to find a way to integrate me into the story arc of driving a spoiled teenager to the airport. I knew the segment would be oppressively flat, so I brought Marge back, ostensibly, to cheer Elisa up as she faced a preview of her forthcoming empty nest, but also a device to inject some humor into a potentially moribund segment. This was our overall strategy to succeed: we believed that by offering comic counterpoints to the rest of the cast’s dreary pathos, the better the show’s chances for success and our own success. I think we were pretty funny, but the unfunny thing is that Sundance said the show was a hit and then transferred season two to Nashville and abandoned the New York cast.

The show died for good in Nashville for a host of reasons and there were no winners. Though disappointed, I took a cue from Marge and started a new sewing project.

We Didn’t Need Dialogue, We Had Defaces! 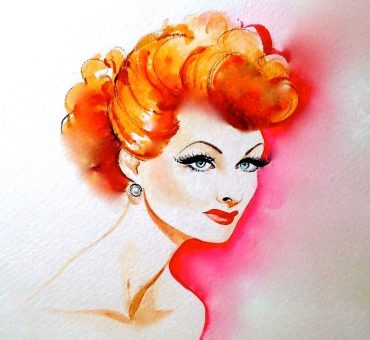