Eyes of Laura Mars is about New York City. Or rather ideas about New York City; that it is glamorous, violent, cold, stylish, desirable and terrifying. Eyes is also a film about women as glamorous, cold, stylish, and desirable, leading them to become the victims of terror and violence. The movie is very much a product of its time: late seventies realism, post-studio era New Hollywood, where the boundaries of sex and violence were pushed with the release of each thriller and horror flick. Preceded by such films as Klute (1971), Taxi Driver (1976) and Looking for Mr Goodbar (1977) and followed by the likes of Halloween (1978), Dressed to Kill (1980) and Blow Out (1981), the ‘Woman in Trouble’ genre has been interpreted by feminist film theorists (cf Molly Haskell) as an obvious backlash against women seeking to gain rights, power and freedom through the Women’s Liberation Movement. A possible reading of the film is that being too successful as a woman will destroy you and bring society down in a quagmire of brutality and perversion.

The pedigree of Eyes is interesting when considering it from within this context. Produced by Jon Peters who had entered movie moguldom via his partner Barbra Streisand, he optioned the script for her to star in. Their previous producing adventure had been A Star is Born (1976), which could be read as women’s lib-era allegory: strong woman in a male-dominated industry emasculates her lover to death through love and talent. Streisand had also produced Up the Sandbox (1972), in which she starred as a woman suffocated by her ambitious and successful husband whilst her own voice was drowned by marriage, children and domesticity. This complex examination of feminist discourse was directed by Irvin Kershner who also directed Eyes of Laura Mars. The original Eyes script was by John Carpenter, his first Hollywood-produced idea. His ground-breaking and career-making Woman in Trouble horror Halloween would be released the same year as Eyes (1978).

Kershner had originally refused to direct Eyes, believing the story to be ‘weak’ and not ‘relevant to my life or the culture at the time’. But then, over the course of the following year, he began to notice tones of violence in advertising and fashion photography and the film began to make sense to him. By this time, Streisand was out and Faye Dunaway was in as Laura Mars. According to Kershner it was because Streisand had ‘other things to do’.  According to Peters, Babs backed out because ‘of the kinky nature of the story’.

Fresh from her Oscar-win for Network, Kershner believed that Dunaway was a better casting choice; for him she epitomised ‘New York professional’. One has to agree. Although it would have been a fascinating choice for Streisand, it is hard to see her in the role. (She was also offered Woman in Trouble role Bree in Klute, again hard to picture). While Dunaway is perfect as the focused, professional, upper class art photographer, who knows what Laura would have been in Streisand’s hands? Yet it is almost impossible to imagine Barbra playing a woman in peril, shrieking her way into the arms of protective cop-with-a-secret Tommy Lee Jones. But this is where the film falls down for Faye as well. As Laura, darling of the art set, she is flawless. As the pro in the midst of a seemingly chaotic fashion shoot, she convinces. Her look of fixed terror may be somewhat persuasive (and good job as it’s what she wears for most of the film), but the lady in need of rescuing just does not sit right. And it wouldn’t for Babs either, you just know it.

In a way, Eyes of Laura Mars is two films. The first is homage to fashion as art and a time capsule of 1970s chic. From the disco soundtrack, the massive hair, the slathered-on makeup and the clothes that have enough fabric to dress the entirety of NYC, this movie is achingly a la mode. Through Helmut Newton’s stunning photography and the elaborate mock ups of such shoots, and the lavish launch of the book ‘The Eyes of Laura Mars’, the depiction of this world is every bit as glamorous and gorgeous as we would dream it to be. At the time Roger Ebert stated that ‘“Eyes of Laura Mars” tries to say Serious Things about fashion photography, corruption in advertising, and the violence in our society. It does not succeed, but it tries.’ And he has a point, but from our standpoint – 35 years later – it not only encapsulates its own contemporary world, but the shots aren’t actually a billion miles from what one might see in the pages of arty-style magazines today. So iconographic is the fashion, so influential was Newton, and so nostalgic for glamour are we, that there is something compelling in the exaggerated depiction of the 70s fashion-as-art scene.

But this isn’t Funny Face and this world isn’t all lip gloss and curling irons. It’s about juxtapositions: photography and art, art and commodity, sex and violence. Again these ideas of NYC and of women: style, violence and sexuality. There’s a statement being made but what it is becomes muddled in the story. A female reporter trying to get an interview with Laura yells, ‘I just want to ask her if she knows how offensive her work is to women’. But while this comment situates the movie within a certain socio-political framework for a fleeting moment, ultimately this story isn’t about women discussing depictions of women, violence and sexuality. It’s about a man twisting violence against women into women’s sexuality causing violence. And that is where the second film comes in.

Laura Mars’ life appears to be successful but it’s empty, you see. She has her career and countless people working for her but she sleeps in her big bed in her big, beautiful bedroom in her enormous gorgeous apartment, all alone. She had a husband but he’s abusive and broke, presumably the result of having had to live with her ambition. Kershner says Laura is another occurrence of the symbolic Single Woman who appeared in many films of the time, ‘trying to make their own way, especially in the big cities like New York. There’s a certain need in her face, a need to have someone in her life’. That someone at first appears to be her protector and saviour but is ultimately her punisher. If an ambitious woman plays with sex and violence then she won’t just be lonely: she’ll be destroyed and take down all of those around her. The conceit of the film is that she sees it coming… literally.

When avenging serial killer Tommy Lee Jones claims his first victim, Laura has a sense of dread about her friend. By the second murder the eyes of Laura Mars are literally seeing it from the killer’s point of view making her blind in that moment to what is actually in front of her and only seeing from the perspective of the murderer. This supernatural power seems to be some kind of twisted extension of the vision that is central to her work as a photographer. Yet it is strangely never explained. The supernatural and ESP were hot topics in the seventies and on the back of a success such as Carrie (1976) it is no wonder that Carpenter decided to stick some spooky in there. Yet despite it being so central to the plot (after all it is all about the eyes of Laura Mars) we never know why she has this power and so it is just a weird device to terrorise Laura even further. It’s also convenient as Dunaway’s frozen stare is seemingly the only expression she can manage.

But if the reason for her killer-vision is absent, the contrivance works perfectly as camp. And – along with the fabulousness of its fashion – it is as a camp, trash classic that Eyes of Laura Mars truly shines. I don’t quite understand why it would appeal otherwise, but perhaps non-camp-loving fans can illuminate me on that one. The camp is everywhere. It is in the stance of Laura-the-Photographer as she crouches, one leg bent and the other straight (similar to how I have to crouch when my bum knee plays up), with her knee-high boots and thigh-flashing maxi-skirts. The camp is in the enormously over the top love scenes between Dunaway and Jones. Camp is in the glorious, wonderful, brilliant theme song sung by Streisand (the only remnant of her connection to the project). Not only is this one of Babs’ best ever power ballads (and woefully little-known) but its refrain appears throughout the score. It’s as if she is still there, woven into the fabric of the film, upstaging Dunaway with a constant reminder that The Actress Who Sings knows just how to pull off drama. 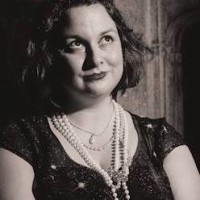 About the author: Dr. Corinna Tomrley is an aging glamazon who has been obsessed with old Hollywood since she was a wee girl. A doctor of pop culture, she has a whole schlew of degrees and has written theses on celebrity gossip, musicals, social media and Madonna. One third of London queer arts troupe The Ethel Mermaids, she is a bad artist, freelance writer and about 85% glitter. 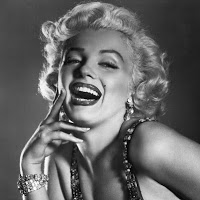 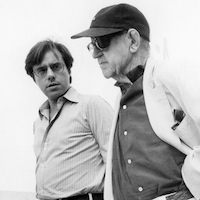 Movie Quote of the Day: Peter Bogdanovich on Film History