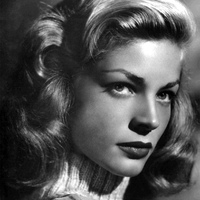 Show business legend Lauren Bacall wrote one of the very best celebrity memoirs with her 1978 autobiography By Myself, which she updated in 2006.  In her candid book (which I fervently believe she wrote herself, without the help of a ghostwriter—which makes it quite unusual), she shares her take on her long and fascinating career as well as her marriages to Humphrey Bogart and Jason Robards.

Though she also speaks of her love of travel and food in By Myself, this recipe does not come from her book, but was contributed to a mid-1960s charity cookbook I recently found.  Here is what she wrote:

“This recipe has been chosen by me as a favorite recipe for the simple, logical reason that I had it for the first time on my first trip to the most beautiful city in the world, Paris.  It was a happy time, as it always is in Paris, so I pass this on hoping that a flavor of the city of the chestnut trees will be felt by all who have Potage Cressonière.”

one bunch of watercress

Peel the potatoes, quarter them, and boil them in salted water until tender.  Drain, crush them with a potato-masher, and when free from all lumps add the boiling milk and salt.  While the potatoes are cooking, wash and pick the leaves off the watercress and chop roughly.  Add to the soup and cook for 5-6 minutes.  Take off the fire and add the butter.  Pour into a hot tureen and serve.

Eating With the Stars: Bea Arthur’s Cream of Carrot Soup