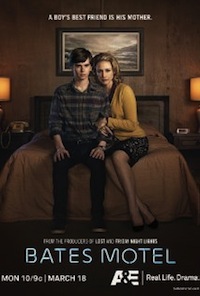 As an Alfred Hitchcock fan I’m always incredulous when anyone tampers with one of his classics, (Psycho 2 anyone?), but I have to confess I am a bit curious about A&E’s Bates Motel, which tells the backstory of Norman and his mom. My curiosity is no doubt piqued by the presence of the wonderful Vera Farmiga (Up in the Air) as Mrs. Bates and the positive reviews that greeted its debut.

The problem is I just can’t imagine when I’ll get to it.  You see, I fully intend to check in to the motel just as soon as I watch season two of Homeland, the first two seasons of American Horror Story, Laura Dern in Enlightened and on and on. And this is the problem: there’s too much of everything!  Is it just me or does anyone ever wish it was 1977 and we all watched Roots, not just because it was great TV but because there were only 3 networks?  There was something so nice about everyone sort of being on the same page and feeling connected through our popular culture.  What’s happening now is so incredibly fractured that only 13-year-0lds can possibly be sharing the same music and media.  I think there is still a sense of community around film simply because there is less of it, but try bringing up a TV show, even to a friend, and your more likely to hear “oh yeah, that’s on my list,” or “I read something about that,” than “isn’t it great?”  So much has changed since the last time we checked into the Bates Motel!

Kevin Garnett, the Hidden Jewel of 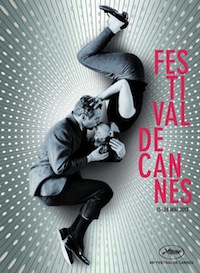