[Editor’s note: Marcia Strassman passed away on October 25, 2014.  She is now with all of “The Flower Children” who have moved on to the great VW Microbus in the sky.]

Actress Marcia Strassman is best known for playing Gabe Kaplan’s wife Julie Kotter on Welcome Back, Kotter and for co-starring in the 1989 feature Honey, I Shrunk The Kids, as well as its several insipid sequels.   What is less well-known is that Strassman had a very short and oddly regional career as a pop singer, which naturally I find far more interesting than her film work.  Her (sort of) hit song “The Flower Children” remains essential listening for anyone who is interested in arcane 1960s counter-culture pop music; basically the equivalent of when Ethel Merman recorded her disco album ten years later—you knew it was over.

Before all of America’s radio stations were owned by a few huge companies who spit out playlists from computers, there was much more of a regional flavor to popular music.  A song might be a hit in a certain city or part of the country; we weren’t all listening to the same exact thing.  To wit, according to Wiki:

Her debut single, “The Flower Children,” was a top 40 hit in many West Coast U.S. markets, most notably hitting #4 in San Diego and #2 in San Francisco; the track also hit #2 in Vancouver, Canada (both at CKLG 730 AM and CFUN 1410 AM in July 1967). However, the single failed to break out nationally in either country; the record stalled at #103 in the U.S., and just sneaked into RPM’s Top 100 for Canada, peaking at #95. Strassman’s followup release, “The Groovy World of Jack & Jill,” charted in Denver but virtually nowhere else.  A third single, 1968’s “Star Gazer” failed to chart anywhere and brought Strassman’s brief recording career to a close.

When you hear “The Flower Children”—sublimely, memorably, bad—you will understand why young Marcia’s recording career was brief and geographically limited.  Trust me, the song itself is nothing to send flowers about to begin with, but what really gets me is Marcia’s incredibly hostile vocals.  For a hippie singing about free love during the summer of love (“The Flower Children” was a 1967 release, natch), Marcia sounds awfully defensive and, frankly, neurotic.  The lyrics are awful, as you will see, but her delivery is downright belligerent, which makes “The Flower Children” a bit of a paradox: an angry song about being a hippie. 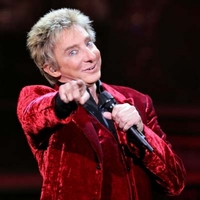