“You couldn’t cite all my favorites, but I’ll give you some of them.”

All of the comments below the song titles are Aretha’s

What a great song.  Melodically, it just stands the test of time.  Sam was what you’d call a singer’s singer—a lot of singers aspired to be Sam, and I was one of them.

Stevie’s the homeboy. He’s such an interesting conversationalist – and he’s also a genius. This song has a great melody, with a serious level of musicality.

Dorothy Norwood came from the group the Caravans. She’s one of the great gospel luminaries who could just bring a song to life. She sang these songs with such great, passionate gospel fervor. [I could not find the medley Aretha is referring to, but here is Dorothy Norwood’s “Victory is Mine,” which was featured in The Help.]

You didn’t hear Levi Stubbs sing this song a lot, but it’s a classic. The Tops had a sound unlike any other – their harmony was just fabulous. Onstage, they didn’t do a lot of choreography; they had one basic, simple move that really looked good. Very classy, in my opinion.

What can I say about this one? I remember recording it with the Memphis Horns. My sister Carolyn and I got together on the backup vocals. I had no idea that it would become a smash. Everyone wants to be respected.

Wilson Pickett was one of the greatest vocalists of our time. He’d sing off the melody, but it was on. He would go into what you call a “squall” – a scream that might not be in the key of the song, but it worked. Now, how much are you going to pay me for these trade secrets?

The melody and the feel of this song remind me of a place called the Arcadia, a roller rink that used to be big when I was coming up in Detroit. I was there on Tuesday, Wednesday, Friday, Saturday and Sunday as a teenager. It was so much fun.

I loved the tone of Barry White’s voice. He certainly lived up to his moniker, “The Maestro.” And he came from humble beginnings; he used to tell me how he’d walk from the Valley to L.A. looking for a job. That’s a good 30 miles, maybe.

It’s a delightful little melody that almost anybody can sing – and like Sam Cooke said, “If people can sing along with you, it probably will be a hit.”

This isn’t a song – it’s a sermon by my dad.  I love this one. No matter how intellectual the content, he could make anything very plain and easy to understand.

This article was originally published in the May 13, 2014 edition of Rolling Stone.  All the comments underneath the song titles are Aretha’s.

Notes From the West Coast: “Singers Singing!” Anita Baker at the Hollywood Bowl 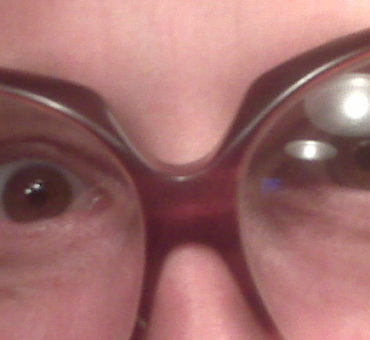