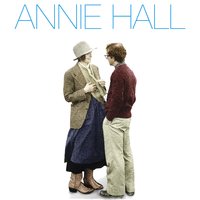 Fans of his films know that Woody Allen shot far more footage for Annie Hall than he and editors Ralph Rosenblum and Wendy Greene Bricmont actually used.  The film is a terrific example of how a movie is actually made in the editing room; indeed much has been written and discussed about how the focus of the film shifted toward the relationship between Alvy Singer and Annie Hall during the editing process as the creators realized the emerging relationship was where the film’s magic was happening.

Jonathan recently found the photo above in a book about New York as a film location.  No one in my family had ever seen the photo before.  It is obviously from the boardwalk sequences at Coney Island.  In the end Woody used exteriors of the house under the roller coaster, the bumper car scene, and the shot where Jonathan and the pin up run toward the camera and the pin up stops and blows a kiss.   I suspect this was another set-up from that day.

Jonathan shot several other scenes that were deleted.  One scene I know was shot but cut because I was on the set that day, involved him playing basketball and pausing mid-dribble to whip out an oral thermometer and take his temperature while the rest of the boys kept playing.  I surmise it would have been part of the sequence where Diane Keaton, Tony Roberts, and Woody go back to the old neighborhood and they are looking through the chainlink fence into the school yard—shot the same day.  I still remember riding back to the city in the car with Diane Keaton after they wrapped that day; how starstruck and absolutely in awe of her I was and how much I wanted her to talk to me, as if a dialogue with this beautiful, famous comic actress could mend how I felt on the inside.  I remember having very little interest in Tony Roberts and, really, why would you when he was standing next to Diane Keaton?

Another scene that featured my brother but got left in the editing room was shot on May 14, 1976, the fifth day of shooting, at the Saint Bernard’s school on West 13th Street in Greenwich Village.  The setting was a Thanksgiving day school play, ostensibly another flashback memory.  Jonathan (Alvy) was a pilgrim with his head in a stockade drooling over ten-year-old Brooke Shields, whose character was called Judy Horowitz.  This is about two years before Louis Malle’s Pretty Baby made her a cause célèbre as the poster child for sexualized children.  Irrespective of that, Brooke Shields was the most beautiful girl I had ever seen.  This is one of the autographed pictures, a Scavullo portrait, that Jonathan had affixed to the wall in his bedroom.  I remember at the time just thinking she was stunning and wishing she was my friend too. 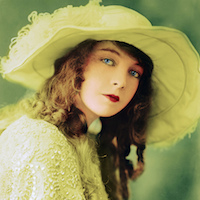 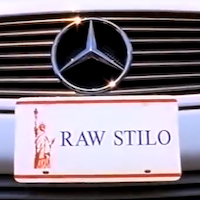 "Cutie" by Raw Stilo: or, The Time I Produced an R&B Music Video with Malcolm Lee