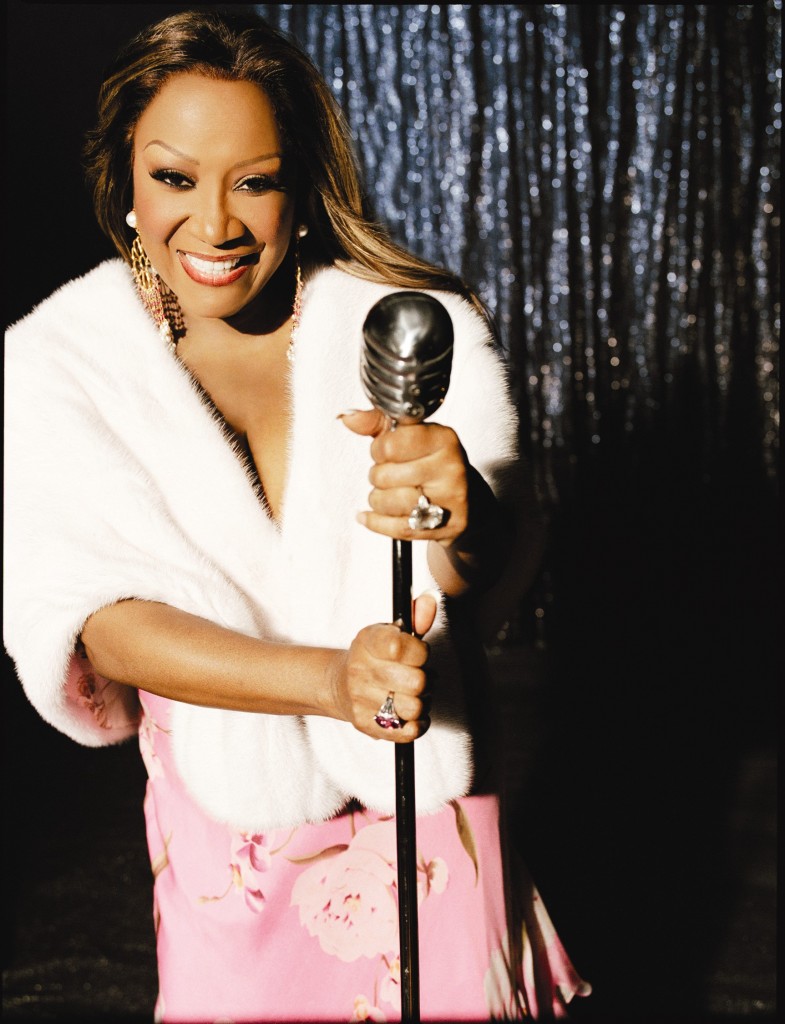 Oy, I’m so distressed!  While the country debates itself into a dither over the alleged transgressions of sinister Republican candidate Herman Cain, I’m thinking about someone who will be remembered long after Cain is relegated to the annals of trivia and recalled, if at all, as the Jeopardy question to the answer “unconventional, folksy 2012 presidential candidate who was the real-life manifestation of the idiot who is mistaken for a prophet in Jerzy Kosinki’s 1971 novel, Being There.”

The New York Post, a very reputable source, reported yesterday morning that one of our greatest entertainers, Patti Labelle, is being sued by an angry mother for frightening her 18-month-old darling with a verbal tirade, brought on, allegedly, because mom left the child unattended in a lobby.  The lawsuit seeks unspecified damages for Labelle’s alleged verbal tongue lashing, which the mother, Rosanna Monk, (no relation and I definitely don’t want to buy a vowel), contends terrified the timid toddler so badly she suffered “personality changes, sleep disorders and increased fear of strangers.”  Sounds like a normal childhood to me.

Okay kids. I’m willing to break this down and risk veering sharply into Rex Reed territory with this post because this is a specious lawsuit if ever I’ve seen one.  Though I’m not a lawyer, just an angry homosexual who adores Patti Labelle, even I can see that suing someone for using their loud, mean voice and, essentially, being rude, is not a crime, at least it wasn’t when I googled it five minutes ago.  As Fran Liebowitz so succinctly put it, this is New York, and “if you don’t want to be annoyed, don’t leave your house!”  I concur that being annoyed is endemic to being on this island and as a rule, one shouldn’t litigate, one should perambulate. 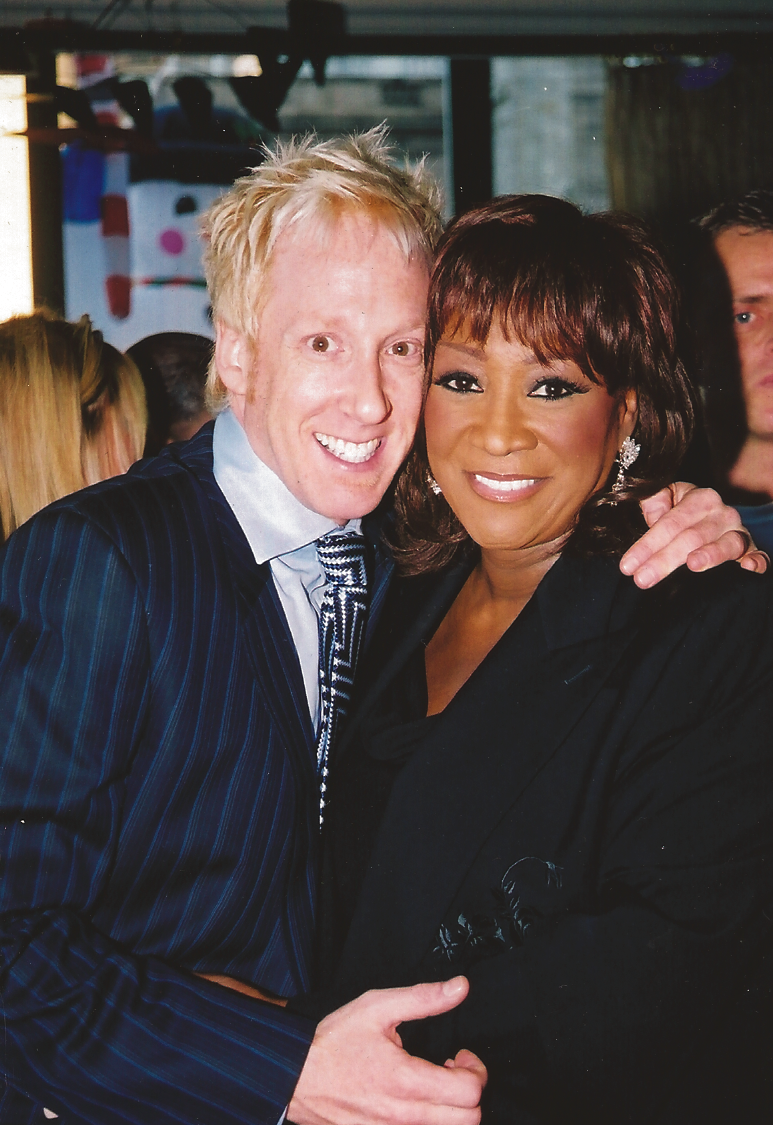 I’m not some obsessive fan who defends a diva no matter what the circumstances.  I’m the first one to be critical if I think someone has behaved poorly, or even if they haven’t and I just don’t like them.  Indeed, upcoming blogs will besmirch some of our most beloved entertainers.  But when it comes to Patti Labelle, I get six kinds of crazy protective.

Yes, Patti is a musical treasure, a giant of popular music who has given so much of herself to so many for so long and yes, the little bitch probably did something wretched to provoke Labelle that the Post conveniently left out to give the story some sizzle.  But that’s not why I’m the president of Team Patti.  I’m writing this because out of the great celebrated ladies of I’ve met, known or worked with, which basically includes all of them, from Margaret Whiting to Margaret Cho, Sharon Stone to Joss Stone, Toni Tennille to Toni Braxton, Didi Conn to Chaka Khan, Patti is hands down, the warmest, most approachable and most even-tempered of them all.

The R&B legend is, as they say, “real people”.  I’m mean, we’re talking about a woman who lives Philadelphia electively!  If she has a discernible fault, it’s that she is too approachable, too egalitarian and too kind.  When I ran Denise Rich’s music publishing company, I spent a many, many hours with “Miss Pat,” (as she’s known to people who know her), because they are best friends.  During that time I was with Patti in almost every conceivable social setting.  Patti’s biggest faults were two in number and both very forgivable.  One: shopping. Two: you couldn’t move her through any public space because she was universally adored and too concerned with being nice to everyone!  It literally made no difference to Patti whether she was talking to Elton John or John the doorman, Patti treated everyone the same way – lovingly.

I remember one incident in particular, because it was so unusual. Denise and I were with Patti at the Beverly Wilshire Hotel in Los Angeles because Patti had arranged for Denise to meet Usher.  I was along to lug the ten pairs of expensive Italian shoes that Denise was going to give to Usher as a kind of offering to entice the crooner to do whatever it is we were hoping he’d do.  We had gotten there early so we walked over to the hotel bar to wait a few minutes.  Always on diva duty,  I noted there was one part of the bar that was semi-populated and there was another that was secluded.  Assuming that Patti would prefer to be sequestered and unbothered like most other celebrities, I suggested that we sit in the quiet corner.  I’ll never forget Patti’s response because it was so unexpected and so truly Patti: “no let’s sit right here, I like being with people!”

I remember another time we were at who the fuck knows what important event in some ballroom in some city.  There were huge stars everywhere and Patti was meant to be seated right where a star should be, close to the dance floor and near to other stars.  Thing of it is, I noticed that Patti wasn’t sitting where she was meant to be seated, but was, instead, sitting in the very back of the huge banquet hall right next to the very old, frail and poorly seated Nina Simone, for whom Patti clearly had tremendous regard.  I watched for a moment as Miss Pat looked after her; made her feel important and vital, indeed, Patti’s gentle presence next to the ailing Simone sent a clear message about appropriateness and respect.  I remember thinking how that snapshot really captured the kind of person Patti Labelle really is.  Unaffected, unimpressed and, when it comes to character, unimpeachable.  Patti’s kindness and openhearted embrace of the gay community is legendary and has been well documented elsewhere, (check out the excellent The Fabulous Sylvester: The Legend, the Music, the Seventies in San Francisco by Joshua Gamson), and has inspired tremendous loyalty.

So back to the lobby and the avaricious Mrs. Monk (still no relation).  Here’s what I suspect probably happened and I would, if asked, testify to this in a court of law despite the fact that I wasn’t there.  Patti said something critical but well-intentioned in her sassy, playful way to a women who had no idea who she was and, because of a cultural disconnect, took offense.  Patti’s driver or whomever probably spoke up and the situation escalated.  When the little kid went boo hoo and Mrs. Monk found out there was gold in “them thar hills,” she called her lawyer and the Post, not necessarily in that order, and got things moving.  This kind of phony kerfuffle is so common in the world of celebrities that you really don’t have to be there to understand what happened.

I would attach a link to the Post article (which, incidentally, took three people to write), but I’d rather refute this crap than propagate it.  So if you care enough to form an opinion, just use mine.  Or, even better, forget about the lawsuit and take a moment to check out this vintage clip of Labelle tearing up the stage in their full mid-70s glory and celebrate the talent and spirit of the great Patti Labelle!