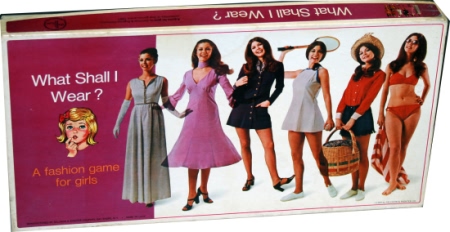 Selchow and Righer was a manufacturer of games and best known for distributing the original Scrabble and Parcheesi.  The company was bought by Coleco (now there’s an old name) in 1989.  Much less well-known, but for my money, far more compelling was their What Shall I Wear – A Fashion Game For Girls, which was introduced in 1969. 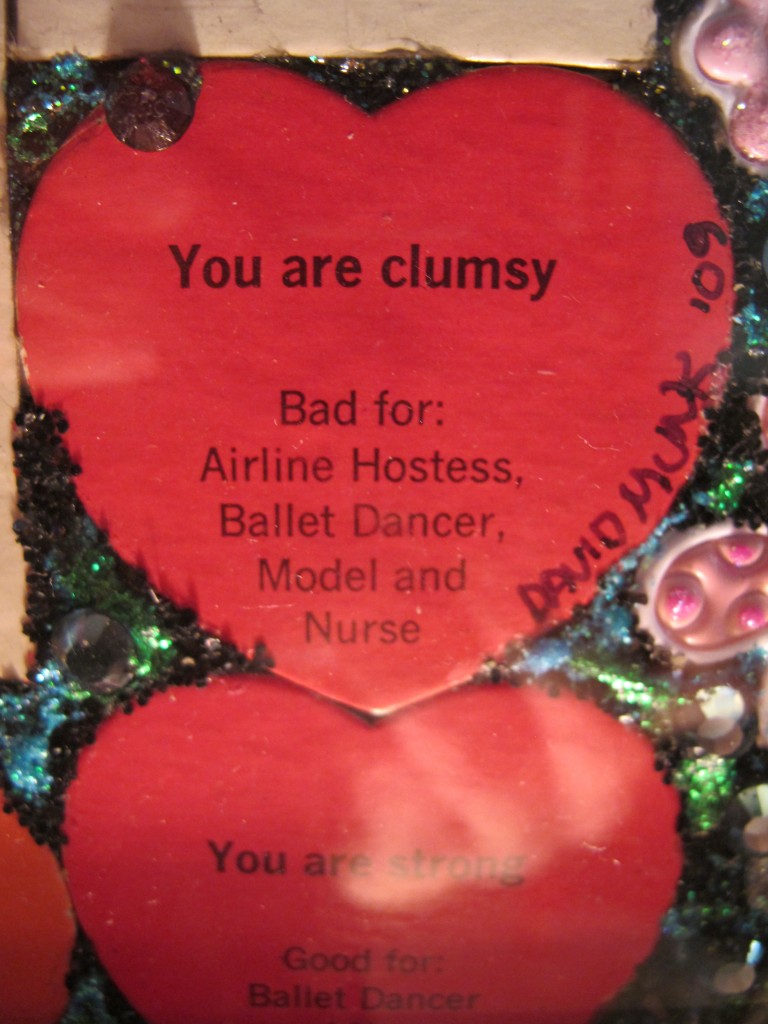 A virtual primer for 1950s-era sexual mores, the game must have seemed strikingly anachronistic in the Age of Aquarius, considering that its Donna Reed-like object was—please try to manage your excitement—to be the first player properly dressed for two invitations.  These events might include luncheons, regattas dances and premieres.  I know… great, right? Might seem like pretty low stakes if you’re not a girl under the age of ten or a gay man, but tell me, could anybody read the game cards and NOT realize it’s genius!  “You are clumsy,” one card admonishes, bad for: Airline Hostess, Ballet Dancer Model and Nurse!”  “You Are A Slow Thinker,” chides another, “bad for: Airline Hostess and Nurse.”  Another reads, “Tod Smith, the movie star, gave me tickets to the premiere of his picture.  I’d like to have you come with me, Jim.”  I mean the very moment I read that I was scraping around the bottom of the box for Jim’s number.  Wouldn’t anyone?

Elisa had sold several versions of the game at the store for years (though it was past it’s sell-by date when it was introduced, What Shall I Wear somehow limped into the mid-seventies on its broken stilettos) .  When Elisa would cop an attitude, I would quickly remind her that being a total bitch from hell is “not good for a shop girl or a best friend!” 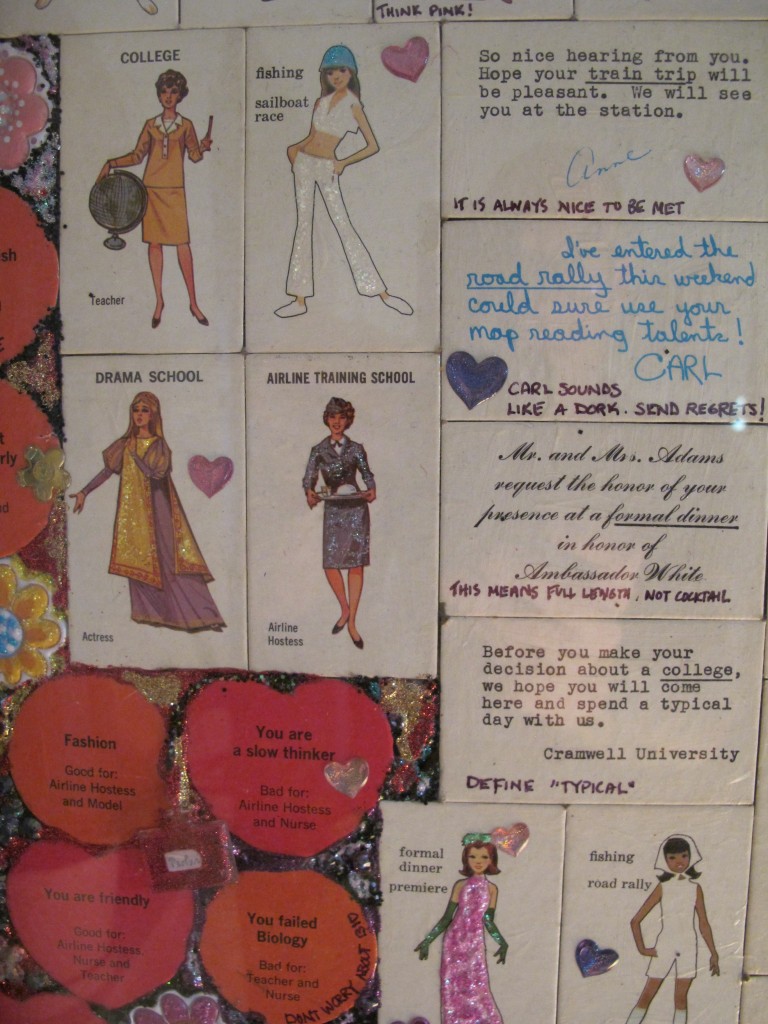 When my niece Maple Munk was born, I decided to take the extra pieces of the old games and make a dynamnic, glittery, uber-girly collage for her bedroom.  My thinking was if she grew up staring at it, it would influence her development and she would certainly grow into the kind of girl I could shop with.  She is only two and a half, but I would say that so far, the indicators are extremely positive.

My First Celebrity Endorsement! The... 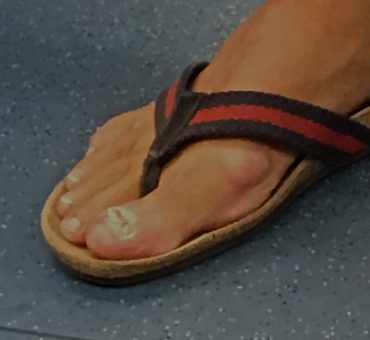