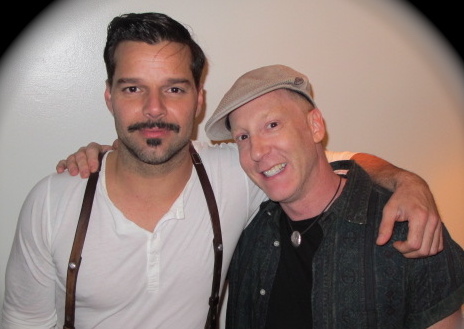 The “Ricky Martin Effect” is a phenomenon that sometimes occurs in portrait photography when one person is obliged to stand next to another person who is preternaturally beautiful, handsome, and/or photogenic. The effect is a certainty if the exceedingly beautiful, handsome, and/or photogenic individual is also a big star or bold faced name. Symptoms of “RME” might include: appearing ten to twenty years older than you actually are; the illusion of shrinkage or of being a much smaller person than you actually are; blotchy, mottled, and/or wrinkled skin; an expression of discomfort, agitation, or intense fear; persistent feelings of melancholia; baldness (men and women); or feelings of hopelessness that may present visually in the face of the afflicted’s facial expression that says, “Why bother?” The Ricky Martin Effect is so named because of a man so handsome, well-built, and charismatic that no one has ever stood next to him in a photograph without experiencing at least some of the Effect’s symptoms. 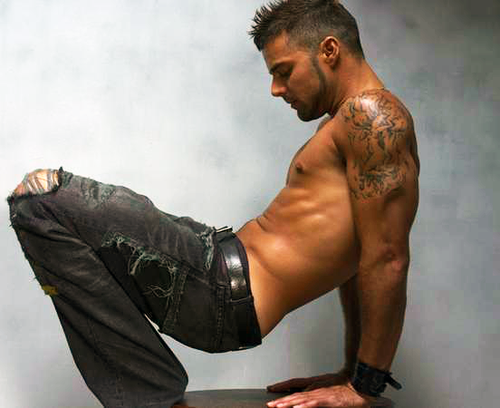 Many of us average Joes and Jills have complicated feelings around being photographed—I know I do. In this digital era of instant results, there are few among us who upon being photographed, don’t immediately attempt to exercise photo approval or at least a curatorial impulse.  “Let me see, let me see,” we bark as we grab for the camera and scrutinize the image, wielding Anna Wintour-like control over angles and chin counts as if the photo was going to be on the cover of a magazine. With no film or development costs, we know we can just keep snapping until we get the one shot where we achieve a version of ourselves that is, perhaps, less truthful and more aspirational.

In recent years, I have rationalized my increasing aversion to how I appear in photos by telling myself I am more appealing in motion than in repose—the underlying theory being that it’s harder to focus on a moving target. Exceptions to this rule would include being carefully lit by an experienced lensman or being photographed from a great distance, say twenty feet or more. As I get older, I often think of the great Marlene Dietrich—an actress who knew as much about lighting as her cinematographers—and utilized every possible Hollywood tool and trick to create her mystique and shape the screen-goddess image which has outlived her. As she got older, this required more and more effort and increasingly dramatic measures, culminating in her final film, 1978’s Just A Gigolo, wherein her entire performance was filmed through a veil.  Apparently still not pleased, she never made another film and, rather than permitting the sobering realities of age to further intrude on a lifetime of carefully managed image building, the actress opted out, preferring to live the rest of her days sequestered in her apartment and communicating only by phone or mail. If my experience with Ricky Martin is any indication, it may be time to go veil shopping.

My friend Jodi Marr—songwriter extraordinaire—who has known Ricky for many years, was in town last week and took me to see him starring as Che in the Broadway revival of Evita. Ricky was kind enough to invite us to visit with him in his dressing room during intermission where we enjoyed a few private moments with the always warm and friendly star—I met him several times about ten years ago and he really is unfailingly pleasant. He is also remarkably, astonishingly handsome.  And also tall—really tall. Naturally, we asked to take a few pictures, which Ricky was only too glad to oblige. I have a very good Canon G11 digital camera but as I pulled it out of my backpack and did a quick assessment of the room, I became concerned that the chances of getting a picture as pleasant as our host did not look very good. Indeed, the result bore out my worst fear: not only a bad photograph, but—gasp!—the dreaded Ricky Martin Effect. “Why bother?” wondered I when confronted with the result:

In fairness to Mr. Martin, it would be inappropriate to put all of the responsibility for the failure of this picture on his large, capable shoulders. Certainly, it was unfortunate for me—a person with extremely fair, pink skin—that the room was painted a color that Benjamin Moore calls Mental Institution Beige, thus creating difficulty discerning where my face ends and the wall begins. I am flummoxed: my outfit was a shapeshifter, you know, one of those ensembles that seems to rock when you primp at home in front of your full-length but by the time you get to your destination has mysteriously morphed into a the uniform of a much older gentleman who lives in a small condo on the 37th hole at a Boca Raton golf course. My hat, only an hour before so natty and hip as I insouciantly cocked the brim down as I left my apartment with swagger, now looked like something Jerry Stiller would wear to go to a big box store. Was this also RME or simply bad planning on my part?

This shocking photograph got me thinking that in forgetting my own rules I had paid a dear price. If you know you are going to be photographed with someone who won the genetic lottery, there are indeed, certain precautions one can take to ensure that the photograph that memorializes the meet-and-greet does not look like the picture above.   Here are five easy ways to minimize RME:

Joan Collins’ Tutorial on How to Seat a Star

My Worst Audition Ever? Or, The Danger of Playing Paddle Ball, Chewing Gum and Singing “We Built This City” Simultaneously

On the Set of FX’s “The Americans”: or, How to Survive Being an Extra on the Graveyard Shift 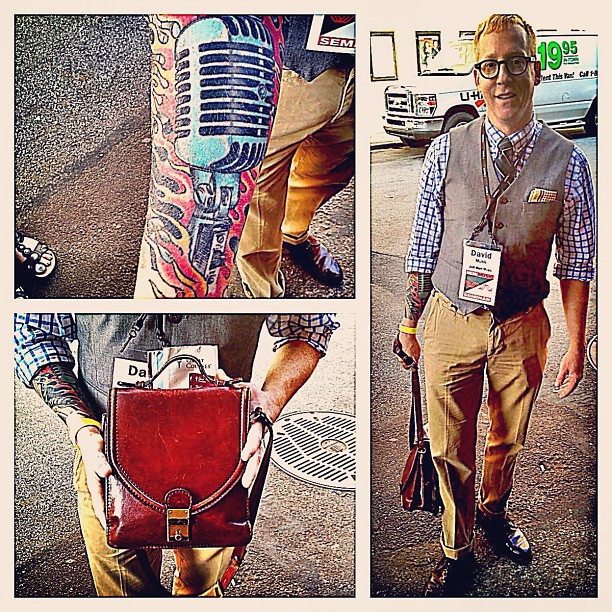 Snapped by Songwriter Claude Kelly at the New Music Seminar 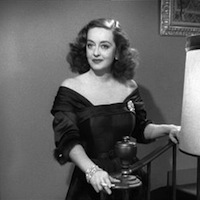