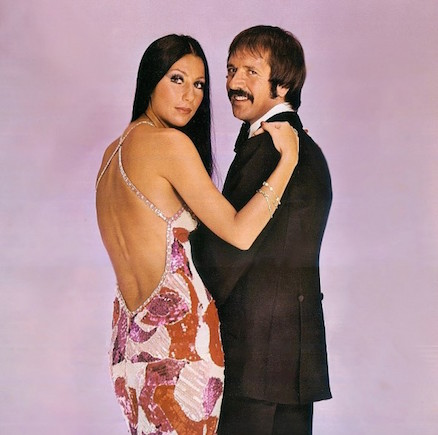 Did you ever wonder how the beatnik anti-establishment Sonny & Cher of the mid-1960s became the most popular mainstream couple in the country by the the early 1970s?  Guest columnist and Sonny & Cher expert Rich Hough shares the story of that transformation with Stargayzing in this exclusive piece.

Whatever good will Sonny & Cher had managed to sustain post-1967 wasn’t due to rock and roll credibility: Sonny had managed to squander that with a series of career moves which at once alienated the hipsters who bought records, while attracting establishment ridicule. And he wasn’t writing and producing especially good records either. Sonny’s 1968 anti-drugs PSA propaganda film (clad in the gayest gold satin outfit this side of Woodstock) would become the defining moment of “Narc Chic” for all time owing to its ridiculousness. As the self-imagined Pied Piper Of Youth Everywhere, his ambitions and politics knew no bounds. He took nobody’s counsel, as Sonny & Cher’s sure and steady slip from their 1965 peak (five records simultaneously in the Top 40) dashed industry predictions for the pair’s longevity.

Musical success didn’t however strike Sonny Bono as a base to be nurtured and perfected. It simply fuelled his megalomaniacal tendencies as he turned his energies to cinema — content in the knowledge that a Sonny & Cher musical (Good Times, 1967) would show both Elvis and the Beatles how it was done. Not chastened by its failure, he plowed every cent they owned into the self-written and self-produced Chastity (1969) as a vehicle for Cher The Actress – ignoring the business truism that you don’t sink your own money into your own projects unless you’re crazy. And if you’re doing R-rated cinema verité, it’s probably not a good idea to sanitize the script while shooting the picture. Another flop, it further blurred Cher’s status which lay somewhere between muse and meal ticket.

By the end of the decade, the IRS was demanding close to a quarter-million, and Sonny & Cher were broke and working Howard Johnson’s, not at the counter but in HoJo “showrooms”—playing to crowds of twenty or thirty.  In his wildly inaccurate though self-serving 1991 autobiography (and later TV movie) The Beat Goes On, Sonny succinctly sums up their 1969 career situation in drawing comparison to Tiny Tim. Failure didn’t elicit humility, self-examination or defeat in Sonny Bono – it shored up his belief that he belonged on top and he was damned sore about not being there. Feeling emasculated by their record label replacing him as producer on Cher’s 1969 3614 Jackson Highway LP, he wasn’t unhappy when that groovy album tanked despite heavy promotion, effectively ending their recording contracts. His album credit (for “spiritual guidance”) however summoned no divine intervention, they were kaput and it was everybody’s fault except Sonny’s.

[the beat goes on, after the jump] 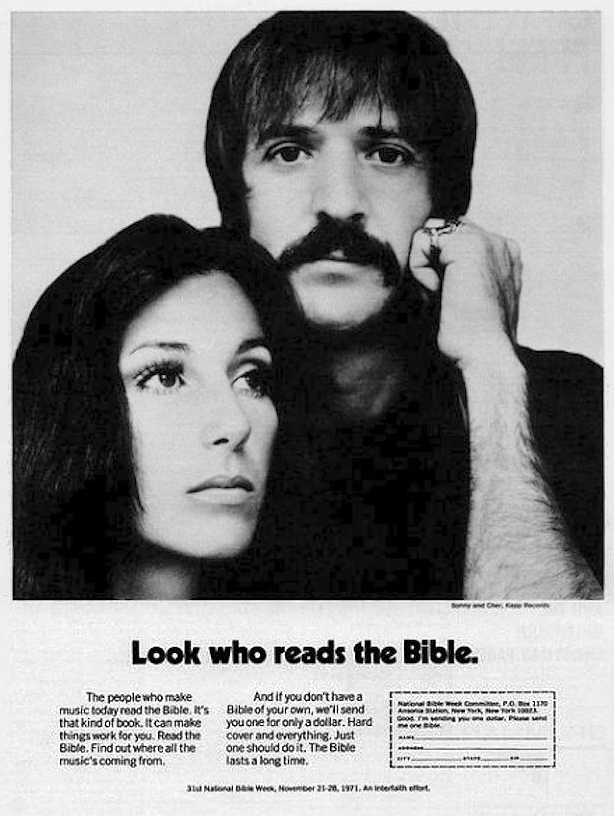 Some things are sacred however, and Vogue editor Diana Vreeland defined the Sixties in a way that JFK and the Vietnam War actually didn’t: her ideology simply put style ahead of substance, or pretense to substance as the case may be. Vreeland didn’t bother herself with the vagaries of rock cred, so despite the hardships (of which she was unaware) Cher dutifully continued her Vogue modeling assignments—the things a girl has to do—and the couple picked up whatever television dreck was on offer. Their long-suffering management persuaded them to embark upon the only possible source of income: nightclubs. They wouldn’t be arriving onstage by helicopter, but instead via grubby hotel kitchens. They did Bible promotions to get their picture in print. They had to work their way up to opening for Pat Boone.

And that should have been it for Sonny & Cher. But it wasn’t. Sonny got a nose job and Cher grew out her bangs. Their onstage banter and an ever-improving act inspired Fred Silverman at CBS to give them a shot on television, and in no time at all “The Sonny & Cher Comedy Hour” was in the Top 10, and they again had a recording contract. How the hell did that happen—given the improbability of rock has-beens headlining in a medium that was at best ambivalent towards rockers at the top of their game? 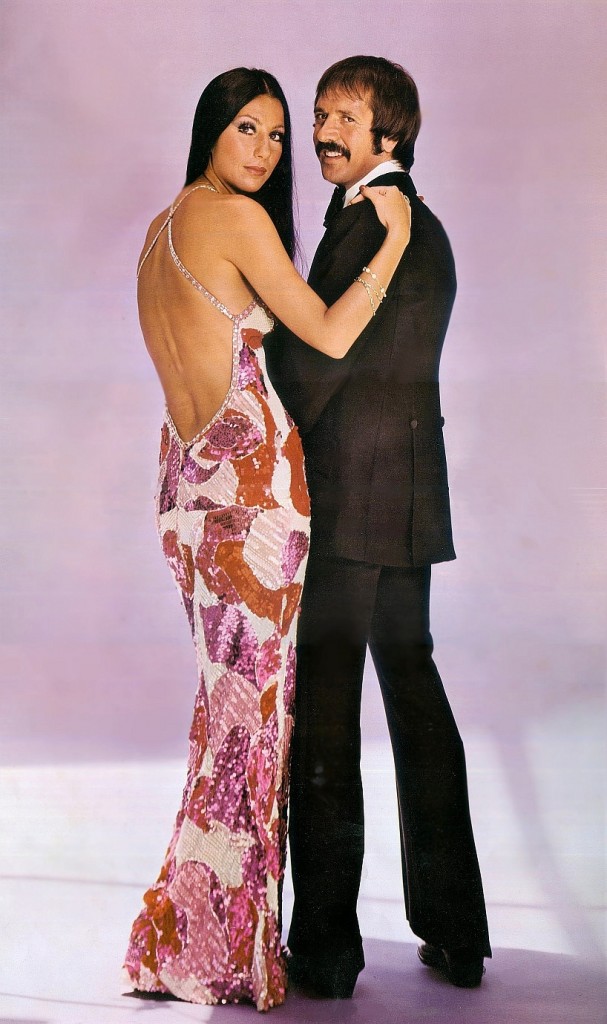 The reinvention of Sonny & Cher as formidable entertainers was significantly more substantial than pigs-in-lipstick syndrome: the musical component of their act was expertly re-arranged to a brassier sound (which harked back to their very first incarnation as Caesar & Cleo in 1963) and their look had morphed into a young hip glamour that countered any hints of hippiedom. It was all tied together with a winning comedy shtick often credited to Louis Prima & Keely Smith, but in reality based on the couple’s onstage bickering between songs during the “dark days” on the road. The band found it amusing, and audiences soon did too. It wasn’t too difficult for Sonny to assume the little guy /straight-man foil to Cher’s bitch: no small part of his delusion lay in presenting and perpetuating himself exactly that way. And anyhow, the bottom-line reality of show-biz usually pays the straight man a larger percentage of a duo’s fee. Writers would eventually polish it all to perfection for weekly broadcast (so much so that Sonny & Cher knockoffs soon became television staple: Donny & Marie (Osmond), Shields & Yarnell and The Captain & Tennille all arguably experienced their career highs as Sonny & Cher clones). For the originals however,  it was lemons-to-lemonade on more than one level, and the wildly successful commercialization of a lousy marriage may just have been their real cultural connection with their audiences.

Sonny didn’t take full credit for this sweet piece of serendipity, but he sure exercised his re-found powers when it hit. Not shackled by artistic integrity, the act was moulded to the market. Once again the big macher, he was soon firing who could be fired and hiring who could be hired, as long as they were at a legal disadvantage. That included Cher: one of the many things she signed without reading was her contract with Cher Enterprises: as an employee of the entity (owned 90% by Sonny and 10% by his lawyer) she was merely a paid employee with few entitlements. Once again replaced as record producer after more flop singles, Sonny saw Cher thunder to the top of the charts in 1971 with “Gypsies, Tramps And Thieves,” a song which began life as “Gypsies And White Trash,” and the sensibility stuck. (Greil Marcus would refer to “Gypsies,” “Half-Breed,” and “Dark Lady” as Cher’s Great Greasy Trilogy.) Not impressed with a series of hits he didn’t produce, Sonny stepped in and took charge of things. His renewed artistic vision belched out Bittersweet White Light (1973), a hypnotically vulgar collection of standards to tie in with Cher’s solo TV spots. Amongst a grandiose reinvention of all that had gone before, she found herself competing with a cacophony of synthesizers, horns and clanging pianos, with little room to feel or find her Ray Charles-ian groove. Staccato punctuations — the most obvious band-aid for lousy arrangements — relentlessly made sure of it. Even drag queens passed on the almost-wonderful “Jolson Medley,” but then again it’s not easy to peddle confected sexual allure while mouthing opening words like “Climb upon my knee sonny boy, you are only three sonny boy.”

All in all, it was one hell of a reinvention. Good and bad had nothing to do with it. Whether the admirable harbinger of many more reinventions to come for both Sonny and Cher, or doomed to fail because of fundamental dysfunction, it does stand as a morality tale of hope for all the outsiders. For one, it was an outsider with a desperate drive to be an insider, for the other it’s an outsider who doesn’t give a shit. On the always-touchy subject of showbiz comebacks, Cher’s retort of “I have to regularly come back to remind them why they didn’t like me in the first place” isn’t from the Delusional Divas Handbook, but hey who can think of a better reason for getting up each day and doing whatever the hell it is you do?

Former New Yorker, Rick Wilson is a queer media activist and broadcaster dating back to Queer Nation NY in the early 1990s  He lectures on lifestyle facilitation from a spiritual perspective, and balances it with specialized analogue audio engineering and restoration. Currently living his unambitious version of The Hippie Dream in rural Australia, he quotes fellow activist and educator Ann Northrop on the matter of career path: “I think of it more as patchwork than linear progression.”  Visit his website: Behind the Making of Sonny & Cher

Straight Acting: It’s Fine to be Gay as Long as You Act Like a Guy, or “What Would Cher Do?” 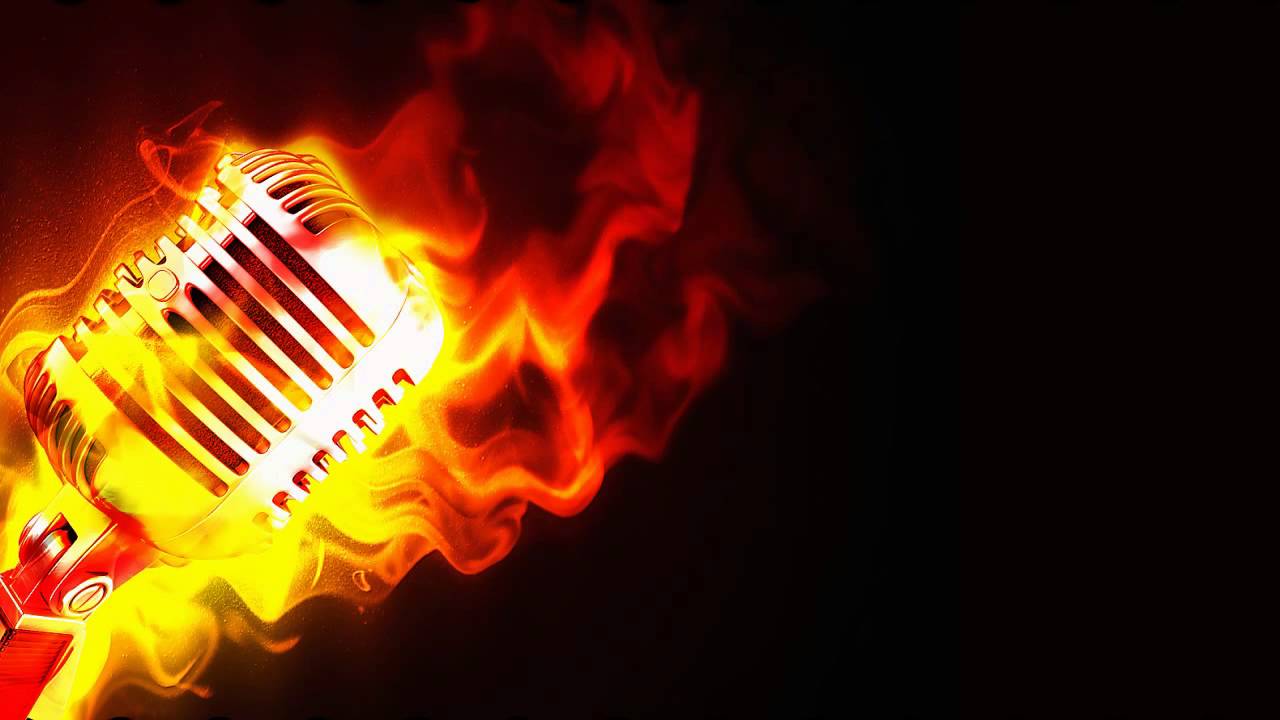 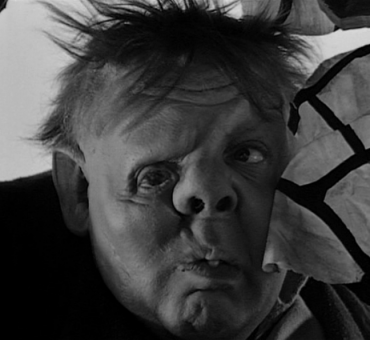