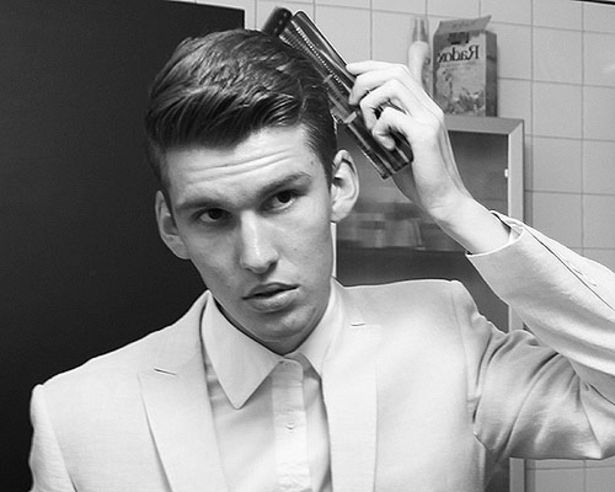 The ad for the principal part in a Europe-only commercial for a major water brand said “full sleeve tattoos, must be a trained dancer.”  It also said “35 and under.”  It didn’t seem like a bad idea when I submitted myself, but then again, does it ever?  I figured with my full-sleeve tats I had the hardest part in the bag and I could fudge the age difference with a carefully chosen outfit.  That left the dancer requirement which, to be frank, was a bit worrisome.  Though I am  a trained dancer—technically—I am a bit out of practice.  Actually, several years out of practice.  Okay, full disclosure: to give you a sense of what the world looked like at the time I was attending the Verne Fowler School of Dance in Metuchen, New Jersey, consider  Exhibit A from my personal archive: 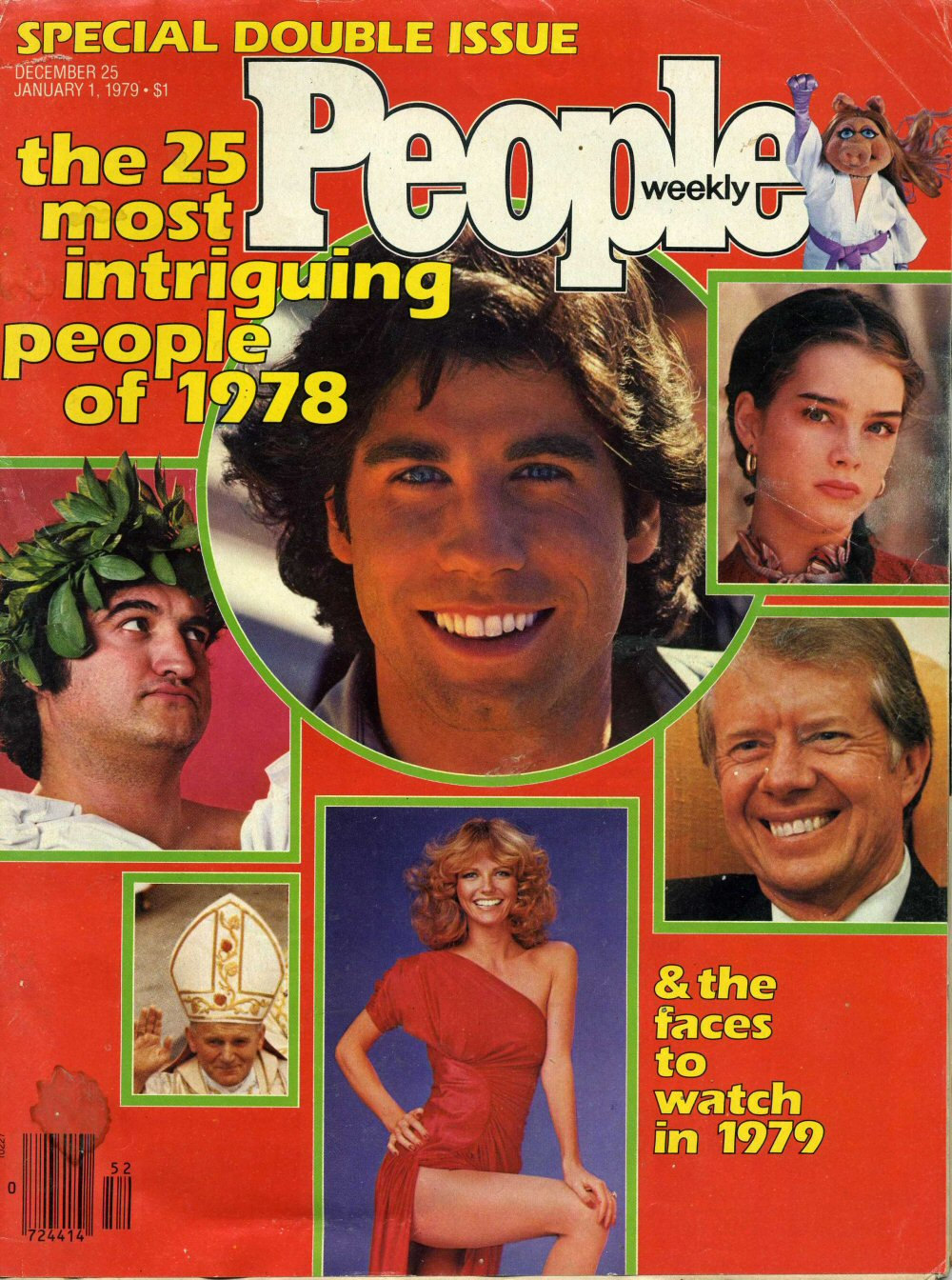 To give you a sense of what I looked like when I was actively dancing, consider Exhibit B from my personal archive: 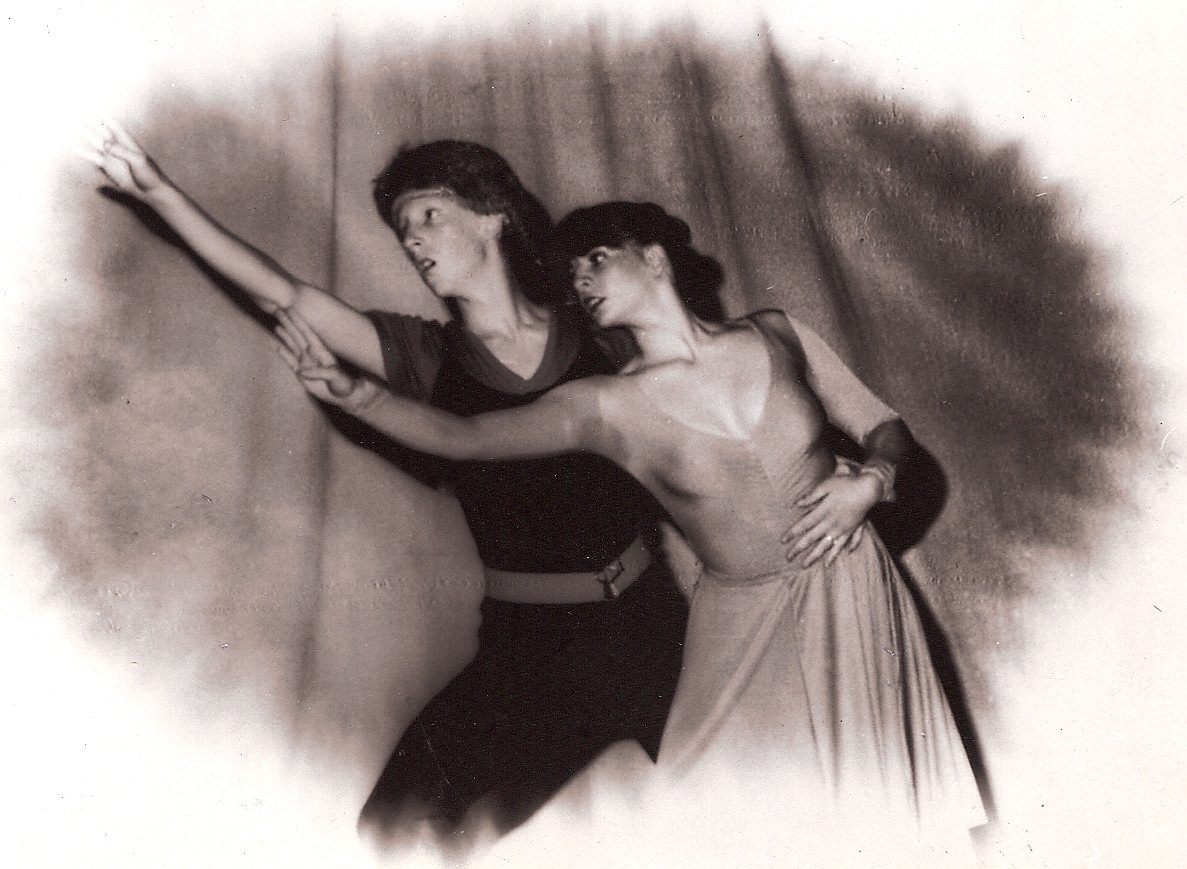 Yes.  I’m wearing a headband and stretch belt.  More on that later.

A few days later, I noticed that they had downgraded the dance requirement from the too-risky-for-me “trained dancer” to the oh-what-the-fuck “must be able to move well.”  Fact is I still move rather well—at least parts of me do.  So I submitted a photograph of me that emphasized the tattoo, exhibit C—the photo that always gets me the audition when they want someone with tats: 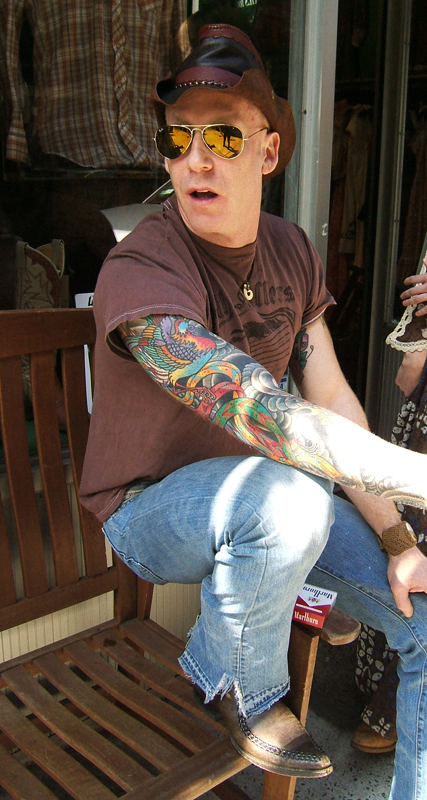 Notice the sunglasses make it possible for me to “appear” any age you’d like me to be!  It’s an effective bit of sleight of hand, but it didn’t really help me with what I soon realized was the major impediment to me getting cast: the dancing, or rather, the moving.  As you can tell by my dance costume above, I was a teenage Jazz dancer and no matter how much I was to practice, I simply cannot do this hip hop dancing thing which requires that you crouch low to the ground and act all tough like you had a hardscrabble upbringing in a bad neighborhood.  To act all hip hoppy would require a level of acting skill beyond the scope of my neo-vaudevillian powers.  And though I do actually own a du-rag, it is for emergencies only—I wear it around the house when I’m depressed.  Also, if you ever watch hip hop dancers they don’t really know how to turn, and turns were my forte: beautiful, clean pirouettes which are now as out of style as the headband and stretch belt I wore when Dawn Vallely and I did our dance to Styx’ Rockin’ The Paradise in the picture above.

The casting director sent me a PDF file of the script for the commercial.  “How helpful,” I thought, until I downloaded it.  70 pages!  WTF?   It was super high concept and super annoying.   The basic idea was that me and other people of every age, color, and size, walk down a street, see a reflection in a shop window and step toward it.  As we peer into the window, we see a happy baby, and then realize that the child is, in fact, ourselves.  I know what you’re thinking—this also struck me as rather intense for a water commercial.  But wait, there’s more!  So then me and all the other kinds of people were supposed to start making faces at the baby, and as we start to become more playful and less inhibited, we would get sillier and sillier and, naturally, begin to dance in the middle of the street with happy, childlike abandon.  The script made me wonder what exactly this major brand was putting in the water that could make people of every age, color, and size act this way.

Now here was the big issue: they sent a video of the song I was meant to dance to at the audition so I could get the feel of it, some number called Yeah, Yeah by a pretty boy from New Zealand named Willy Moon.  Now the song isn’t so awful—apparently it was used in an iPod commercial, for whatever that’s worth.  But here’s the thing: it just isn’t the kind of song any reasonable person would ever dance to.  Sure, in the video there’s a bunch of white folks doing some watered down Janet Jackson Rhythm Nation fascist line dance thing, but that is truly outside of my expertise, to the extent I have one.  Why, even sweet little Willy Moon himself doesn’t dance to it, he kind of just does this sort of arm movement like he’s strumming an invisible guitar and wisely invests the rest of his energy looking pretty.  Here’s the song, so you know what I’m talking about.  Exhibit D (for “dumb song to ask people to dance to”):

The day before the audition, I tried to calm my nerves by actually preparing.  I would put on the video and go stand in the middle of my bedroom and pretend I was under 35.  Then I would exhale and let the music wash over me to see how my body reacted.  But nothing moved: not an Ernest Flatt finger;  not my one reliable Fosse hip; not even my old tried and true Yiddish theater shoulder move.  I just stood there like a deer caught in the headlights, like Morales from A Chorus Line—I felt nothing.  The second time: “yeah, yeah, yeah, yeah.”  I actually emulated little Willy’s arm movement half-heartedly on each “yeah,” but when the “yeah’s ended I just stood there trying to think how I could move to this without incorporating any of my old jazz moves or looking like a parody of someone trying to dance hip hop (which, by the way, I excell at).  It kind of left me with no options and once again, I just stood there, alone and confused.  After several more tries to infuse Yeah Yeah with anything that resembled a cool dance step, I decided to concentrate on something I felt I actually had a reasonable chance of mastering: an outfit that made me look under 35.

The next morning I pulled together what I thought was a terrific outfit, edgy, urban and, most importantly, young, and left for the city.   Exhibit E, what I wore to the audition:

By the time I got to the casting office, I was nervous.  The whole train ride I had that awful Willy Moon song looping in my head and I was perseverating over the fact that even Willy Moon himself can’t dance to Yeah Yeah.  “Maybe I’ll just do some Zoolander-type posing like Willy does,” I thought to myself, as the pressure to both dance and look like someone in their 20s began to close in on me.

Luckily, just after I arrived I met someone who was even more mature than I, an older Jewish woman named “Evi,” which she quickly told me in her clipped Brooklyn patois was “short for “Evelyn,” along with many other unsolicited details about her life.  We both had trouble with the automated computer sign-in process.  “Hey Evi, I liked it better when you just signed your name—remember?”  We bonded about how hard it is for older actors nowadays, though she reassured me I looked “no more than 30.”  Our little chat distracted me a bit till my name was called.  This is Exhibit F, me and Evi waiting to be called in to examine ourselves as babies in the window and then go into our dance:

When they called me in I was quite nervous.  I kept moving around like a caged animal, figuring that if I didn’t stand still I would appear younger.  I slated my name; approached the window; saw the baby; made a face; slowly began to feel more playful.  “What is this?”  “Could this baby be…me?”  Suddenly that awful Willy Moon began.  I stared at the non-existent baby in the window and…my arm did the same big air guitar that young Willy did in the video.  “Yeah, yeah, yeah, yeah.”  Then…nothing!  Some tentative, frightened steps: a half-baked Gene Kelly slide; an ersatz hip-hop thing that I saw some kid do in Washington Square Park once that has always been my go-to move when I want to make fun of white kids dancing hip hop; a head snake thing that Janet Jackson did in the Escapade video.  That was all I had.

Then it was over.  “Thank you, David,” said the young woman who actually was under 35.  I walked out…stunned and sad.  “How’d it go?” Evi asked nervously.  I came up to her and whispered in her ear, “not so good Evi, but I think I’ll get a blog entry out of it, at least.”  Evi scrunched her nose up and said, “Oh, well that’s good sweetie…what’s a blog?”

“We Built This City”:  The Danger of Combining Racket Sports, Starship, and Chewing Gum at the Same Time

“Tonight’s the Night We’ll Make History”:  The Night They Laughed and I Kept Dancing 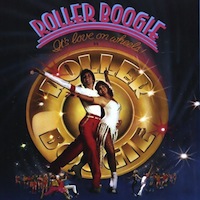