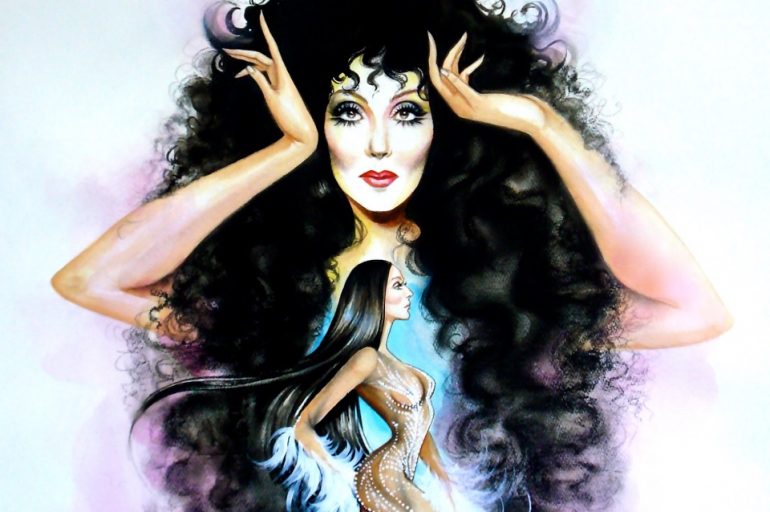 “Cher, c’mere a sec, you’re gonna love this.” It was 1999 and we were in the recording studio working. I was assisting the producer of her first post-Believe album, not.commercial. “What is it, Mrs. Munk?” she replied with faux annoyance as I guided her into my nondescript office to watch yet another old Cher clip on my brand-new pink iMac G3. “It’s from 1975—one of the best,” I opined with my usual Cher-nerd authoritativeness. She walked onto a set painted with rainbows. She wore a Bob Mackie stunner—basically two silver, sequined Band-Aids covering her breasts, and matching skirt. “When I was younger, so much younger than today,” she sang, kicking off a six-minute Beatles medley. The Cher beside me gave me a smile of recognition. Was it the memory of the show or the lyrics? “I was a hundred and five pounds dripping wet back then,” she offered, a bit wistfully. Then Tina Turner walked into frame, two divas from different musical genres but with a clear affinity for each other. “But now those days are gone, I’m not so self-assured,” sang Tina. Old friends: the medley suddenly seemed headed toward something more substantial than kitsch. But wait, what’s this? Why it’s the nearly seventy-year-old Kate Smith, America’s legendary singing grandmother, with a bouffant comb-out and an ingratiating I-know-I-don’t-belong-here-but-now-I’m-hanging-with-the-cool-girls flourish, floating into frame. Cher and I shrieked with delight. She appreciated every aspect of the experience, just as I did. “Kate Smith was really cool,” she said, and then headed back into the studio. Cher has generous heart.

That anecdote captures many of my favorite things about Cher who was, in real life not much different from my expectations: irreverent, funny, mercurial, and always in on the joke, (and yes, as Kathy Griffin asserted, she does host from bed.) For millions of people who came of age since the early-1960s, it seems like Cher has always been with us, like the Statue of Liberty in sequins. Her persona, at once larger-than-life but rooted in an authentic philosophy of relentless individualism has, like the lady in the harbor, signified a welcoming beacon for generations of outsiders. Through decades of shifting fashion and mores, there she stands (or sings, or tweets), a timeless reminder that glitter is always a bromide for beige.

For gay men, Cher is both patron saint and superhero, characterized by a peerless ability to return from the edge of yesterday; imitated but never bettered. Indeed, long before Lady Gaga, Madonna, and Cyndi Lauper had our backs (and when there was much more to lose pushing back against social norms), Cher was there for us. Is it any wonder her fans are among the most loud and loyal?

“If grass can grow through cement, love can find you at every time in your life.” 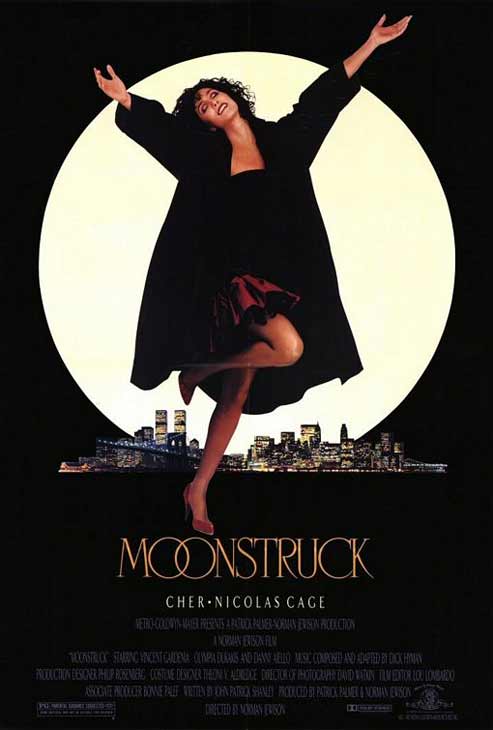 “My gay following has kept me, in the old days, alive, you know? When no one else came to see me. I’ve had really bad times.”

“The problem with some women is that they get all excited about nothing, and then they marry him.”

“Some years I’m the coolest thing that ever happened, and then the next year everyone’s so over me and I’m just so past my sell-by date.”

“All of us invent ourselves. Some of us just have more imagination than others.” 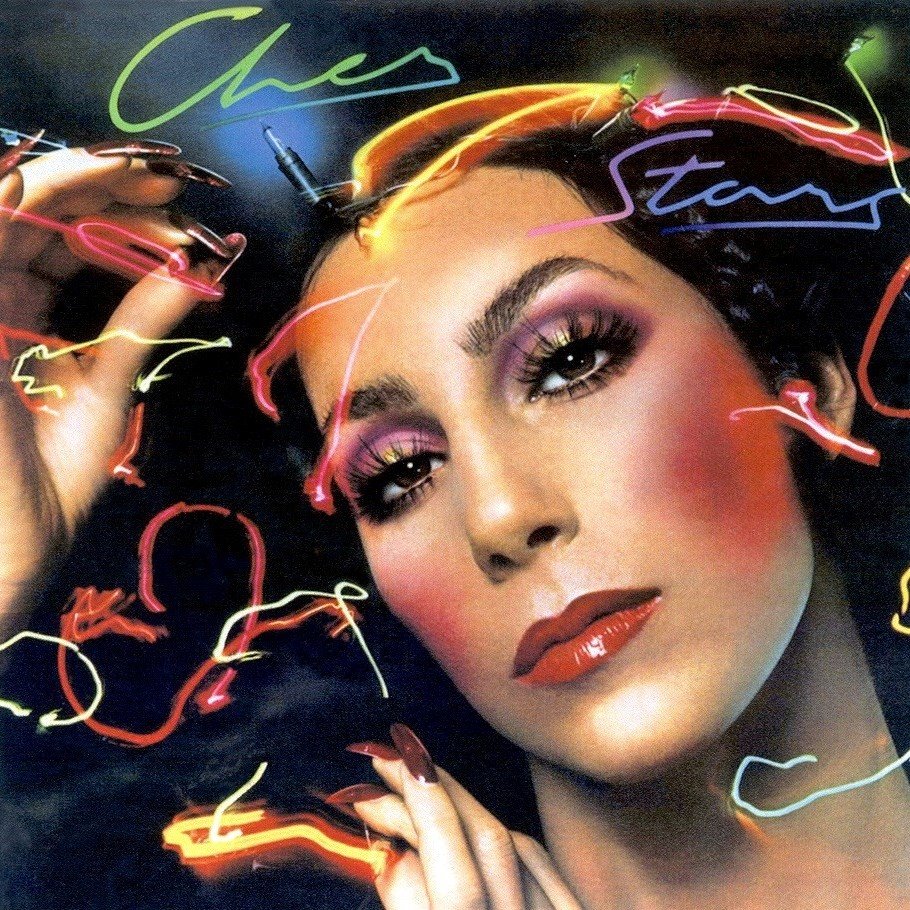 “Don’t take your toys inside just because it’s raining.” 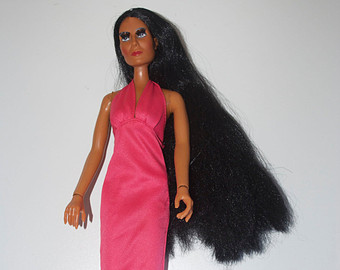 [On her Vegas show] “I’m standing backstage frightened out of my mind saying, ‘I can’t do this.’ Then my choreographer tells me, ‘If God didn’t want you to do this, he wouldn’t have looked down on your cradle and said,’SEQUINS.'”

“I think that the longer I look good, the better gay men feel”

“[Legendary Vogue editor] Diana Vreeland was on the set for that cover. It was originally for a Vogue shoot. She was wonderful. I met her because Charles Engelhard threw a dinner in Jackie Kennedy’s honour at the Waldorf Astoria towers…after dinner, a strange old woman came up to me and patted my hair and said ‘My dear, you’re beautiful, you have a pointed head.’ I thought, ‘Who is this old chick?’ And then she said, ‘I must get Richard to photograph you.’ Two days later, I’m with photographer Richard Avedon.”

“Until you’re ready to look foolish, you’ll never have the possibility of being great.”

“I kill myself for my body.”

“This guy said this thing and I found it really interesting: he said, ‘What do you do with Cher? She’s too old to be young, and she’s too young to be old.’ I can’t go the other way, so I’ll have to wait ’til I’m old enough to be old.”

“I don’t know what keeps me down to earth, but it sure isn’t ironing. I send mine out.”

“Sonny was the nice guy, I was the bitch that sang well and looked great in clothes.”

“Nobody dislikes my age more than me. I can’t help it that I’ve been here this long.”

“I was like hanging around with Anjelica Huston and Jack Nicholson, Warren Beatty, and I was singing ‘Dark Lady.’ They’re making like fabulous art and I’m making ‘Dark Lady.’ But then they were huge hits, and so, you know, somebody says, ‘You can’t argue with huge hits, Cher.'”

“As you can see, I did receive my Academy booklet on how to dress like a serious actress.”

“I’m non-traditional at Twitter. Maybe because of my lack of grammar and spelling and the lack of characters sometimes I’m unable to express myself. I believe what I believe so I don’t care. I just say what I want.” 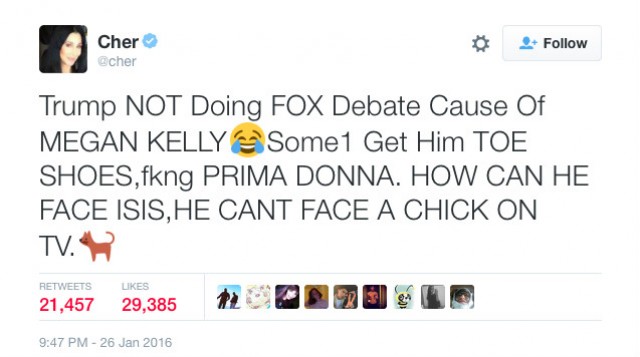 “At sixty-five, you have to retire and go eat dog food or whatever. It’s a shame to be discarded because of something that happens to everybody. Old is like an enemy you have to make peace with before you get there.”

“I am a part of history whether people want to take it seriously or not.”

“I have done so much more than I thought I would do, and yet I am not finished.”

After fifty years on the international stage, there are thousands of different ways to tell Cher’s story. For this reason, I want to leave you with my all-time favorite Cher moment, the end of her 1999 CBS-TV special Sonny and Me: Cher Remembers,  which was filmed on the same set and soundstage as the The Sonny & Cher Comedy Hour. Her version of the standard “Nature Boy,” sung in one take accompanied by only a piano, exemplifies the intuitive alchemy that has given a rather ordinary person such an extraordinary career: Cher’s eyes are two-way mirrors, a portal to her own heart and a reflection of our own dreams.

A different version of this piece appears in Logo’s NewNowNext

Cher is Turning 70!  How You Can Help

I am so grateful that my friend Alvaro agreed to create something special for this piece in honor of Cher. His work has inspired me for many years. Even though we express ourselves using different tools, his view of the world resonates deeply for me. Working with him on this project has been a unique privilege. 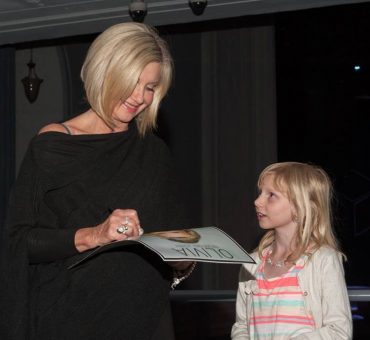 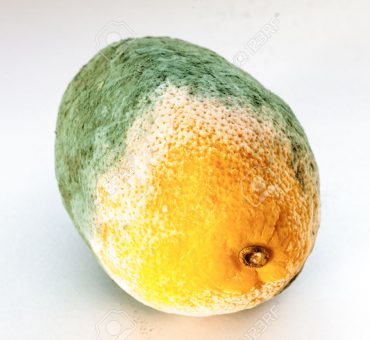