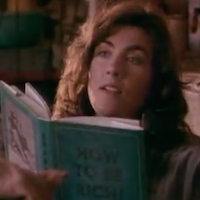 My dear friend Bruce Roberts is an L.A-based songwriter, manager, and all-around connector.  He’s been talking to me about an artist named Kerli on Island Def Jam that he has managed for a while now.  “You gotta hear Kerli,” he says.  So when I saw that Kerli was making some noise on the dance chart with a song called the “The Lucky Ones,” I naturally assumed that clever Bruce had introduced young Kerli to a great song from his catalogue called  “The Lucky One” and just updated it a bit by making it plural.

This would be very logical from a music publishing point of view, but logic, apparently, has nothing to do with anything in the 21st century.  Kerli’s “The Lucky Ones” adds more than an “s,”— it is a very slick electropop EDM (that’s “Electronic Dance Music” for you oldsters) track which the Estonian singer/songwriter co-wrote not with Bruce but with two guys named Svante and Jakob.  It’s also number one on the dance chart which is, ironically, a very familiar place for my friend Bruce to find himself, one way or another.  From the looks of things, Kerli’s record label seems to have spent a great deal of money on the video for “The Lucky Ones,” which has also been viewed over a million times on YouTube, which would suggest that it is money well spent.  Congratulations to Bruce and Kerli.

But all of this is of much less interest to me than Bruce’s original “The Lucky One,” the singular one, recorded by the also singular Laura Branigan whom Stargayzing has been saluting all month with its feature “Obscure Laura Branigan.”  Bruce/Laura’s “The Lucky One” was a top-20 hit in 1984 from Laura’s Atlantic album Self Control.  It was the one with the not-so-slick video where Laura played a gas station attendant dreaming of a better life.  How do we know this?  We know this because in the first shot she is sitting in a dusty gas station reading a book called How To Be Rich.  (Still fascinated with the choice of “to be” in lieu of the more intuitive “to get,” as if wealth is more a state of mind then a series of happy events).  In the 1980s when music videos were directed by folks who usually directed TV commercials, this sort of device—establishing a narrative quickly with a shot of someone reading a book was common.  Why who can forget the Barbra Streisand reading a different fake book, How to Arouse Your Lover, in the video for Peter Bliss’ “Emotion” the very same year?  Certainly not me, because when it comes to what fake books female singers read in music videos of forgotten songs in 1984, I know I am not the only person who was reading!

The irony of this is that adjusted for inflation, Bruce/Laura’s “The Lucky One” video probably cost as much as Bruce/Kerli’s “The Lucky Ones.”  Speaking of money, here’s a fun, useless fact:  Branigan’s performance of  “The Lucky One” at the Tokyo Music Festival won the Grand Prix award in 1984.  The prize was 3 million yen which was $13, 400!  Can Kerli do that?? But what do I know?  If I spent my time reading How To Be Rich instead of blogging about arcane things that happened in 1984 I might be hanging out with Kerli right now, but then you probably wouldn’t be about to enjoy the amazing Laura Branigan’s original music video of Bruce Roberts’ “The Lucky One!”  How Lucky can you get?

The Best Hollywood Birthday Party Ever!:  The Night Bruce Roberts and I Went to Connie Stevens’ House and Wound Up in the Attic with Tab Hunter; Plus: Two Sublime Connie Stevens Recipes in “Eating With The Stars!”

The Gayest Song of All Time!, or How Bruce Roberts and I Got Jackie Collins in the Recording Studio and Learned the Difference Between Good and Bad Leopard Print

Annie Ross at the Metropolitan Room,... 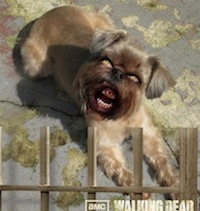 "The Walking Dead" Family Tree: How the AMC's Dead Yourself App Turned My Cousin Cheryl into a Regular Francis Bacon

3 Divas at the Oscar Party: Barbra, Adele and Shirley Bassey