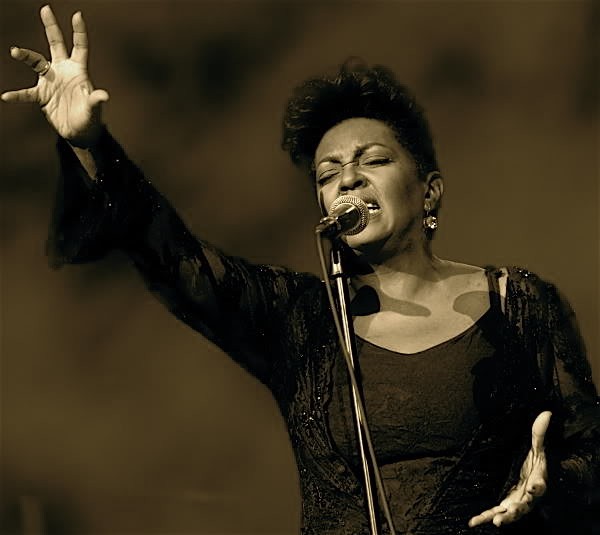 Is there anything in the world that I appreciate more than singer’s singing a great song?  Of course if you read Stargayzing you know that is a rhetorical question.  Two weeks ago Natalie Cole took Ritchie and me and her friend Cecille Parker to the Hollywood Bowl to see Anita Baker and Esperanza Spalding.  I knew this was would be big fun because when we go out on the town with Natalie, we always have a great time.  Bass player and singer Esperanza Spalding opened the show which I was barely able to appreciate because I spent her entire set struggling with the table and the extra chairs in the box to make enough room to sit and eat are dinner.  Despite my distraction I could tell that Spalding, who won the Grammy for Best New Artist in 2011 (an award Natalie won in 1975, by the way), was very pleasant —an engaging stage presence—but, in the end, no match for the table. 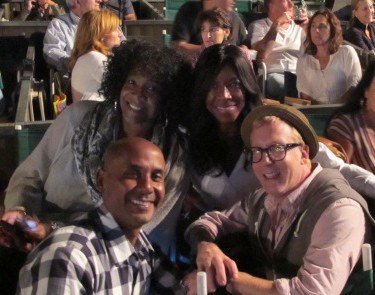 Somehow despite having been a priority artist on Elektra Records during the period I worked for it’s parent company Warner Music International and its parent company Time Warner,  I’d never seen Anita Baker live, so I was excited to be there.  Anita exploded on to the stage with tremendous energy, but quickly seemed distracted by sound issues.  She spent the first three or four songs communicating with the sound guys with an elaborate set of coded hand cues (which Natalie decoded for me—it must be some secret sorority of sound signals) and and not so discreet verbal cues (“I need my wedges at 1.5 and there’s cash money in it for ya, boys!”)  Was I alone in thinking that someone may have skipped her soundcheck? 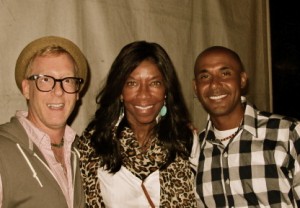 Once Anita got passed her sound problems she proved to be a surprisingly appealing performer, working the huge Hollywood Bowl stage with her tiny body like an R&B Edith Piaf and demonstrating little of the legendary “Anita Baker craziness” (well, that’s not entirely true, but more on that in a minute).  Her voice was strong and completely undiminished as she made her way through her catalogue of smooth Jazz and Adult R&B favorites like Sweet Love, Caught Up In The Rapture and my all-time favorite Anita song, Giving You The Best That I Got.   The seven-time Grammy winner’s predilection for extemporaneous stage patter, though always funny and heartfelt, had the unfortunate consequence of preventing her from finishing her set.  The Hollywood Bowl is a union house and, as Natalie explained to us, “if you ain’t done by 11:00 pm, honey you ain’t gonna be done!”

I promised you the anecdote about the famous “Anita Baker craziness:”  Well as anyone who worked at Elektra will openly tell you, Baker, though brilliant, can be—how can I put it nicely—a bit quirky?  A tad paranoid?  Off her rocker?  You decide: at a certain point in her set, Anita looked at the  beautiful arrangement of red roses on the piano, decided something was quite right, and proceeded to frantically destroy it, pulling roses out one by one and discarding them on top of the piano in a sort of manic frenzy of floral destruction that reminded me of the “Christina bring me the ax!” scene in Mommie Dearest.  When she’d finished, she looked at the aftermath of her episode: a tangle of blood red roses strewn all over the black piano and—perhaps remembering she was on a stage in front of 15,000 people and not in her living room—covered up her botanic freak-out by saying simply “they were getting in the way of you Barry” (her accompanist, Barry Eastman).  “But now I can see you perfectly!”  Yeah, sure.  As someone near to me mentioned to me under her breath (not Natalie) “you know another person might have just moved the vase three inches to the right.”  Well, artists are just quirky, like I said.  Thing is, she sings so damn well you’re willing to forgive a lot of strange behavior—certainly an occasional floral tantrum or two.

On a saner note, one of my favorite things Anita mentioned several times during the evening was the importance of authenticity and honest representation of musicianship.  She said at one point something to the effect of “dancing around is fine and all but I just want to know if it’s live or if it’s Memorex!”  Perhaps to prove her point, in addition to singing passionately (and beautifully) herself, Baker hosted the stunning Lalah Hathaway for a duet and generously ceded the stage to her, in essence performing background vocal duties.  She was similarly generous to her other special guest, Tamia Hill.  When Baker seemed please with her guest (or herself) she would repeatedly say “singers singing,” a short phrase which spoke volumes about her abiding interest in the recherche idea of singers actually-you know-being able to sing.  As I’m fond of saying myself, only in an industry as cynical as the record business can a person who in the past would have been limited to being a dancer, stripper, or model, become a singer.  Thank you pro-tools!  Clearly Anita shares my feelings.

The after party was nearly as much fun as the show: I enjoyed meeting Shanice, who is remembered for singing I Love Your Smile, one of my favorite songs of 1991.  I gave her a piece of gum and she told me she was going in to the studio with Babyface.  She seemed like a really nice person and I felt sad for a moment as I wondered how anyone makes a living in the music business anymore given the fact that music is now free.  It also occurred to me that  “going in to the studio with Babyface” doesn’t mean anything remotely like what it meant in the not-so-distant past. 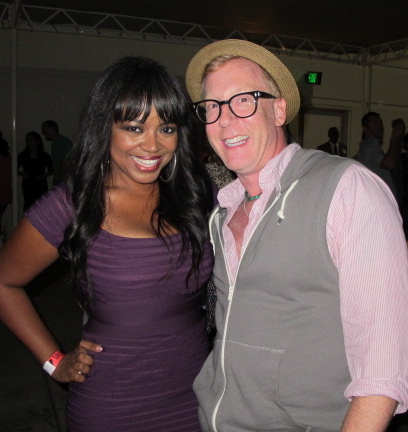 With the very lovely Shanice

At this point, you may be wondering why I didn’t take a photo with Anita.  The answer is simple: fear!  Believe me, you wouldn’t have had the guts to ask either!  Although she was ebullient on the surface, my well-honed diva-dar told me that Baker was a shapeshifter: one wrong move, one photo too many, and she would do to me what she’d done to that perfectly lovely arrangement of roses!  It was a bit odd: she’d be smiling one second and posing for picture and you thought she was cool, then the next second muttering something about “flashbulbs” and “migraines” in a voice that sounded like the kid hissing “redrum” in The Shining—a definite clue.  Another example of her mercurial nature did lead to a memorable photo: she emerged into the tented meet and greet area with a cup of coffee, but soon realized it was unwieldy to say hello properly while holding a cup of scalding liquid.  After a few awkward “hellos” with coffee, a look of digust crossed her face and she simply handed the cup to the next closest person who looked more like they were helpful and less like they were someone she knew and that person, of course, was Ritchie!  This led to this lovely photo of my handsome boyfriend with Anita Baker’s coffee, the closest we got to a photo with the singer herself!

Finally, I  enjoyed the chance to meet and speak with legendary R&B/Jazz singer Rachelle Ferrell, who looked more like an African Studies professor at Vassar than a pop singer.  I saw Ferrell very early in her career at S.O.B.s in Soho and I’ve never forgotten that night.  In case you’re not familiar with her artistry, she is simply one of the most amazing singers and musicians ever and, if this were a just world, she’d be as well-known as some of the other amazing ladies who were there.   Check out this amazing tribute to Natalie given by Rachelle and the dynamic Deborah Cox at the Soul Train awards in 1999. 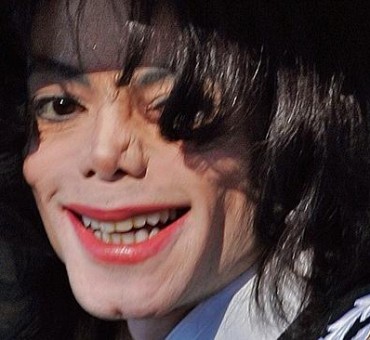