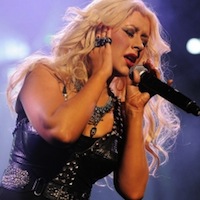 I recently received a thoughtful email regarding my Stargayzing piece about Christina Aguilera’s musical identity crisis.  In addition to expressing strong feelings about the relative aspects of what I perceive as Aguilera’s disappointing artistic trajectory, the writer seemed particularly protective of the singer’s obsession with melisma or, as he or she exclaimed with great zest, her “Aguilerian vocal runs.”  As her TV singing competition The Voice begins its new season, I thought it might be a propitious time to talk more about melisma.  Along with the mind numbing prevalance of auto-tune and the annihilation of melody itself at the hands of “the beat,” the contemporary fixation on melisma, or the melodic embellishment of a single syllable by stretching it out over many notes, is perhaps the biggest factor in a rapid, unilateral decline in the quality of singing. Here is the response I sent to the anonymous author, followed by my comparison of three recordings of the standard At Last to illustrate my points.

Thanks for your thoughtful response to the Christina Aguilera piece. While I appreciate your perspective, I definitely don’t agree with your thoughts about melisma in general and Christina’s “Aguilerian” vocal runs, (a great appellation, but one which has the unfortunate effect of imbuing a degree of almost academic legitimacy upon them that I don’t believe they deserve). I suspect I might be a bit older than you and, with your indulgence, would like to take a moment to respond in some detail, stating in advance that this is just my belief and I don’t wish to impress it too forcefully upon anyone.  (Actually I just told a white lie. I would actually love for you to read this and have a “vocal epiphany,” that’s why I’m a writer).

“You riff to make a musical point, not to confuse one”

My opinions about melisma (or riffing) have been shaped over many, many years of listening to pop and R&B singers and working with of few of the greats: vocal runs, “Aguilerian” or otherwise, only impress me when they serves the singer’s ability to convey the meaning of a lyric and evoke an emotional response in the listener.  At the end of the day the only thing that matters is the singer’s skill at communicating; as Natalie Cole said to me once in the studio, “To make a musical point, not to confuse one.”  It is my opinion that singers who riff constantly and never hold a note are not interpreting the song, but rather drawing attention to a certain lack of lyrical perspective.  Constant or reckless riffing undermines the part of being a singer that has to do with acting ability—creating a character, setting a mood, eliciting a nuanced emotional reaction. (For more on this, read my recent review of jazz singer Annie Ross, a much older woman who compensates for reduced vocal agility with outstanding acting skill.)  Riffing all the time is the musical equivalent of using an exclamation point in every sentence.  After a while it loses its meaning.

While I understand that on the surface, vocal runs can be exciting (even thrilling when they are well-executed), for the most part they are, in fact, quite poorly executed and a terrible distraction from the stated objective of communicating. Chronic riffing—which does sound like an illness and, at least in terms of the art of singing, actually is a malady approaching epidemic proportion—is so prevalent because it not only affects a great many young vocalists, but has actually changed the way people hear music and what their perception of “good singing” is.   As far as I know, the only known cure for chronic riffing is educating both the singer and the audience. For every singer that grew up in the church and is skillful at melisma, like Aretha Franklin or  Stevie Wonder, to name but two, there are, regrettably, hundreds of thousands of kids who grew up in malls who sound like they have Parkinson’s disease.

To expand on this point, I would suggest that any young aspiring singer go back to the greats and study: Mahalia Jackson (a gospel singer who did not riff, imagine that?); Gladys Knight (a classic soul great who riffs minimally but strategically and can easily break your heart); Luther Vandross (the greatest R&B crooner of his era who also riffed minimally and only when it served the song); Nat “King” Cole (the jazz and pop icon who was the son of a baptist minister and never, ever riffed—proving that it’s  not a prerequisite to becoming a musical legend); Barbra Streisand (the singing movie star who exemplifies that holding one note can be more thrilling than skimming over all 88).  These are but only a few examples great singers whose singular vocal style either eschews melisma completely or uses it judiciously; for the great ones it is a choice, not a compulsion.  And like every other musical choice a great singer makes, riffing is only ever done to serve the song.

To give you some historical perspective, the widespread cultural fetish for vocal runs only began in earnest when Mariah Carey exploded around 1990 and begat the hellish legacy we live with today, with millions of clueless children riffing like some zombie vocal apocalypse, completely unbothered by the knowledge that there was ever a time when the perception of good singing was ever anything more emotionally resonant. Of course this was only exacerbated by what I witheringly refer to as the “American Idol Syndrome,” wherein judges appear to validate this approach to the unilateral undermining of the art of good singing. Singing judges on TV shows are frequently chosen because they are “good TV,” not good singers. Though ostensibly experts, these individuals in actual fact range from studio singers (Mariah Carey) to people who are all but tone deaf (Jennifer Lopez) or, in one case, a slurring celebrity who once had a few hits but couldn’t ever really be described as a singer (guess). For more on this, I recommend reading the PBS’ nextavenue blog’s coverage of an incident last season when Idol guest mentor Harry Connick, Jr. lost his temper.

I appreciate your opinion and especially how respectfully you acknowledge those who feel differently.  While we all love whatever we love, I encourage everyone, especially younger people like yourself, to continue expanding what you listen to.  If you love Christina (and let me be clear that I think she is very talented and, at least in my interaction with her, a likable person), go back and study early Aretha Franklin (particularly 1967-1974). Go boldly into the past, it holds incredible treasure for those who take the time look. It is the foundation of Stargayzing’s philosophy and has personally served me well throughout my career.

Thank you again for taking the time to read and respond. It’s very gratifying and makes all of the hard work worth it. Did I already encourage you to sign up for the newsletter on the home page?

Warmly…and with my sincere hope that you discover the unique joy of a single, gloriously sustained note,

School is now in session.  Forgive the pedantic tone, but as I mentioned, we are in the midst of an epidemic of chronic melisma and this is not the time for expressing my opinions cautiously.

What follows is three different version of At Last, the reliable standard that was written in 1941 by Harry Warren and Mack Gordon.  It has literally been recorded hundreds of times and continues to be a favorite among younger singers, I suspect, primarily, because its long, sustained notes present boundless opportunities for showing off with vocal runs.  Rather than making the obvious choice and looking at the Etta James recording—the gold standard by which any version of At Last is ultimately compared—I thought it would be interesting to look at some lesser known versions.  By the way, you can be sure that when Harry Warren wrote a whole note, he meant for the singer to sing a whole note.

1.  Christina Aguilera’s VH-1 Divas live version from about ten years ago is an example of melisma on steroids.  Her vocal choices detract from her ability interpret the lyric; the only musical point she makes is about a rather unsophisticated idea about what constitutes good singing.  Her interpretation of the lyrics meaning soon becomes obfuscated completely by her riffing.  In acting this would be referred to as “indicating.”  This is bad acting and this is bad singing.

2.  Aretha Franklin is the godmother of melisma.  Though prone to overdoing it at times, especially in later years, her version of At Last, a little-known out-take from her 1974 Let Me in Your Life album, is a study in strategic use of vocal runs to create excitement and make a musical point—always in the service of the lyric.  In this performance Aretha uses her runs as end result is a timeless, restrained, and thoroughly emotionally connected performance.

3.  The late Eva Cassidy was posthumously celebrated for her stunning voice and immense stylist range.  Cassidy sang pop, R&B, folk, country and the blues, always bringing her gift for emotional directness to whatever she sang.  In her small but justifiable lauded body of work, Eva Cassidy was never gimmicky, always down-to-earth, and frequently quite moving in her approach to whatever she sang.  Her vocal on her recording of At Last completely serves the song; the listener is drawn into its spell.  It is the stylistic opposite of what Christina Aguilera does with the same material.

Do you have a favorite version of  At Last? 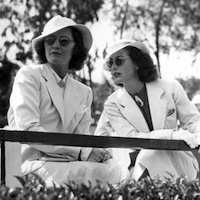 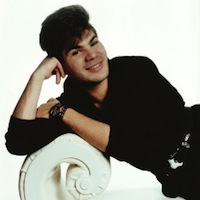