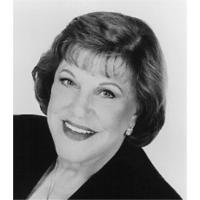 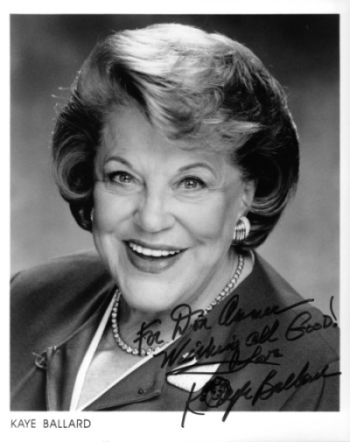 Welcome to Eating With The Stars!  If you’ve gotten this far you’re either hungry or weird (but good weird, like me).  Keep in mind that I’ve never actually cooked any of the recipes in this feature, I just go by how they sound and my feelings about the celebrity.

Which brings us to the legendary Miss Kaye Ballard, the singing comic who won our hearts in the 1940s and, at a spry 85, has exhibited little intention of giving them back!  Known for her big mouth and flair for physical comedy, Ballard is best known as the star of the late 6os Desilu-produced sitcom Mothers-In Law, but there’s more to Kaye than one hit show and a multi-ethnic stuffed cabbage!  In the 1950s, she was a huge success in supper clubs (an entertainment hybrid that, alas, no longer exists except in Florida), record albums (which also no longer exist), Broadway musicals (which only marginally exist and are ephemeral by nature), and variety shows (gone).  In other words, she needs this exposure and I want to give it to her.   It’s the least I can do after the many years of pleasure she’s given me.  I enjoyed her most on her numerous Match Game appearances and her memorable turn on The Muppet Show. 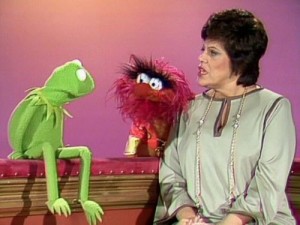 Now if this was an actual reality show, which I hope it will be, we would be traveling to Rancho Mirage, California to visit with Kaye in the home she bought from Desi Arnaz himself.  We would chit chat about the old days while she cooks for me.

For now the best I can do is share her recipe, (which, by the way, I obtained from a very reliable source).  I’ve chosen Kaye’s Hungarian-Italian Stuffed Cabbage as my first EWTS recipe because I am aware of a single arcane: “Kaye Ballard” was born “Catherine Gloria Balotta”, which means she’s Italian and Italian people are good cooks.  So then, I present verbatim from a secret source I shall never reveal:

Put the cabbage in the boiling water and let it stand for 10-15 minutes.  Remove leaves one at a time, and use the biggest and best ones.  You will need between 10 and 15.

Heat the oil, add minced onion and cook until yellow.  Add tomatoes, and half of the salt and pepper.  Simmer 15 minutes longer.

Mix meat, crumbs, seasonings, tomato paste and egg.  If dry, add a little of the stock.  Put some on each cabbage leaf, roll it up, and secure ends with toothpicks.  Add to tomato sauce and cook over low heat 1 hour.  Add stock as needed.

Editor’s note: I look forward to hearing your feedback.  I will never make this and, to be honest, now that I’ve read it more carefully, it actually sounds rather bland but I’ve already gone too far to start over and I think at 85, Kaye deserves this moment. 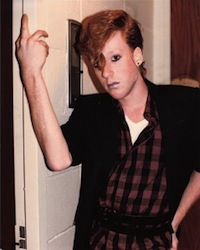