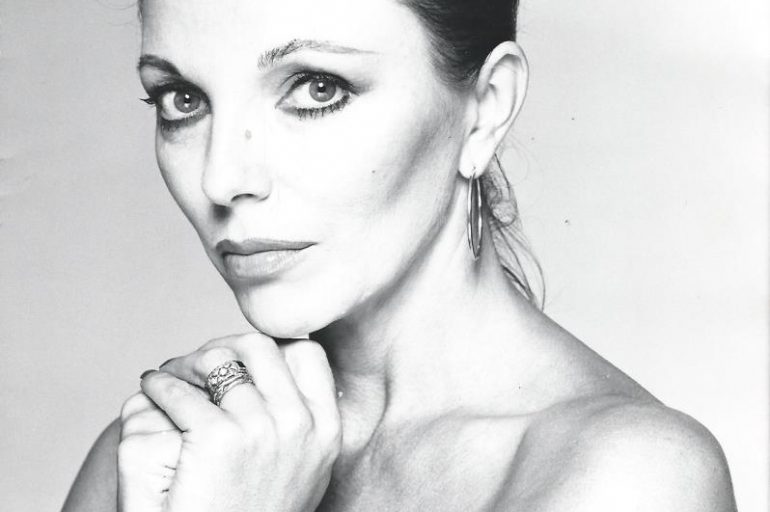 Joan Collins’ . The porcelain doll-like pin up. Black-linered lips around a cocktail cigarette and sucked in high-boned cheeks. The many-surgeried, heavily caked face that is the mask of the fabulous older woman. Joan Collins’ face has been in my consciousness for most of my life. I first saw it in the first episode of the second season of Dynasty. The character of Alexis is famously introduced in the closing moments of the cliff hanger of the first season when Fallon utters the immortal line, ‘My god: that’s my mother’. Only we don’t really see her mother’s face. It’s hidden by big dark glasses, a wide-brimmed hat and veil. And the reason for that was that Alexis wasn’t cast yet. (In the running, apparently: Elizabeth Taylor, Sophia Loren, Raquel Welch. Can you imagine?)

But the moment I did see that face and we were introduced to that character I was hooked. I was hooked on the show anyway and excitedly discussed who this mother was and what she was doing back in Denver with a newly made friend on a school camping trip. Yes, I have many memories from childhood that are Dynasty related. Most involve making friends. Including the new boy who declared when I asked his name, ‘I am Prince Michael of Moldavia’. Queer code, obvs. We became fast friends on the spot.

I was fascinated with all aspects of Joan Collins’ face. With how it moved, the prominent upper teeth, the pouty lips, the sunken cheeks and high cheekbones causing a somewhat skull-like effect. Already a sucker for glamour, I was so intrigued with the makeup. The white, white powder. Those glossy, black-lined lips, such a very 80s thing to do. The heavy made up smoky eyes. That mouth and those eyes were always flashing anger or—much more often—smirking. It was the face of A Bitch and it became an obsession.

The one single time (so far) that I saw the Collins face in the flesh (a book signing) I was quite shocked by how old she looked. Sure, I know her age, but ‘age,’ ‘aging,’ and ‘looking your age’ have become increasingly meaningless over time, particularly where celebrities are concerned. Hell, I have given an academic paper and appeared on a feminist discussion panel talking about this very topic. Please hear me: I am not being judgmental here. I am merely exploring our assumptions about age and celebrity and examining my own thoughts, reactions and emotions to the experience. You might expect to see a celebrity face pinched, injected, implanted, immobile, but you rarely expect to see the skin leathery, wrinkled, the surface so very obviously caked in layers and layers of makeup. Especially when someone is so meticulous about their appearance. And when they have made a pretty good side-line in writing about the topic.

Joan Collins has produced many beauty and lifestyle books over the past 35 years. They’re mainly the same book, repeating similar information—sometimes literally the same content—over and over. But each one is an illustrated delight and worthy of any camp collection. Celebrity beauty books in general are a wondrous thing and the photos are often the best part. I’ve had a few Joan books on my shelves in my time.

But no book can quite come close to the Youtube delight that is rather prosaically entitled: ‘Joan Collins Barefaced – APPLYING MAKE UP (Instruction manual) with Michael Parkinson’.   To coincide with the release of her first lifestyle tome, The Joan Collins Beauty Book she made a TV special with Parkinson called, “Everything You Wanted to Know About Joan Collins, But Were Afraid To Ask.”  The ‘instruction manual’ video on Youtube is an extract from this, where Joanie sits at her dressing table and applies her slap with a rather awkward (and somewhat creepy) Parkinson watching and wittering on.

We see her mainly in the oval dressing table mirror and that’s our frame; she holds a smaller mirror that she’s looking into for the application that seems to have some kind of scene painted the rear. She actually says at one point that putting on makeup is ‘like painting a picture’. There’s something very deliberate about this framing: we are seeing someone becoming, transforming. It’s the ‘truth’ but the makeup is also artifice. Or maybe the director just thought it was a nice shot.

Let’s expose a little showbiz trickery: although purported to be ‘barefaced’ at the start, there is in fact quite obvious eye makeup going on — dark liner around her eyes, even a little frosting appears to be near her brows. But this is a star’s version of ‘barefaced,’ just like when they go to bed with full slap in films and TV. For around 14 minutes we see Joanie applying layer after layer of makeup; the earth tones of the late 70s and early 80s, smoky eyes, blushed cheeks, and glossy lips. There is something completely mesmerising about the ritual. And something simplistic and cute about the way she very easily chats about it. She’s really likable. Parkinson’s awkward, repetitive questions, reveal his discomfort; he is out of his depth. Really, he should just shut up and let her talk and work on her face. That’s all we care about. Actually, leave the room Parkie. You’re distracting.

She does a daytime face (which is full makeup but supposed to look more ‘natural’) and then demonstrates what she would do ‘to go on your show or for a premiere’. What she is actually doing, of course, it putting a third layer of makeup on because she already had that secret makeup applied when she was pretending she was barefaced at the start.

When Joan brings out the gold eyeshadow my heart is a-flutter. I’ve had my fair share of gold eye makeup in my time but this is VERY gold. I want. What genius. A bright shimmer to show up under the TV studio lights. Then she puts on purple, a great deal of purple. “Where does that go?” asks Parkie. Oh everywhere, she explains. And it does. If you look back, she wore a lot of purple eye makeup as Alexis. It’s the regal colour, after all. The layers of slap are applied by hand and brush until ‘voila’, there’s Joan ready for a night out or an appearance worthy of her star face.

Let’s talk a moment about the application. Because there’s a lot of applying by hand and she uses artist’s paint brushes. There’s a great deal of cross-contamination of makeup because she doesn’t wipe her hands in between and she seems to be using the same couple of brushes. Her hands must look like muddy palettes by the end of it. But you can’t argue with the result. She is freaking stunning. You know there’s a lot going on. You can actually see there’s tons of it. But she looks just great.

Some of the things she gabs on about – different techniques of different generations, young girls going to discothèques with their boyfriends, women who don’t change their makeup style as they get older, how you can get your make up done for free in department stores – are really very down to earth topics that any woman might think about or chat about. Joan reveals that she does her own makeup for films and TV. And she can do it quickly. Apparently things like ‘chatting to the crew’ can sometimes slow her down. She may be a plummy, cold-seeming bitch but she’s actually one of the people, don’t you know. She says that makeup people on film sets ‘always want to get their hands on me and change me’. One wonders what they think she’s doing wrong and what they want to do instead. Or if they are, perhaps, a bit put out that they are made redundant by Joanie bringing her own slap and putting her face on herself.

In one of Joan’s novels, Prime Time, the character Pandora brings a massive case of makeup with her to any job (on the TV Special Joan brags about her kit fitting into a small bag). Pandora arrives fully made up and then takes it off in private and applies makeup all over again, herself, from this hefty valise. Joan-the-author wittily calls it ‘Pandora’s Box’. One wonders if Collins is referencing anyone in particular (as you do with all her characters, naturally). Or whether she is, in fact, writing (perhaps unwittingly) about herself. 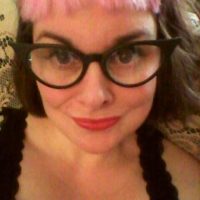 About the author: Dr. Corinna Tomrley is an aging glamazon who has been obsessed with old Hollywood since she was a wee girl. A doctor of pop culture, she has a whole schlew of degrees and has written theses on celebrity gossip, musicals, social media and Madonna. She is an artist, filmmaker, and writes for Loverboy magazine, Civilian, and Stargayzing/.

Joan Collins Tutorial on How to Seat a Star 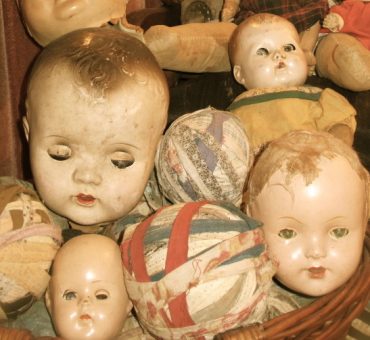 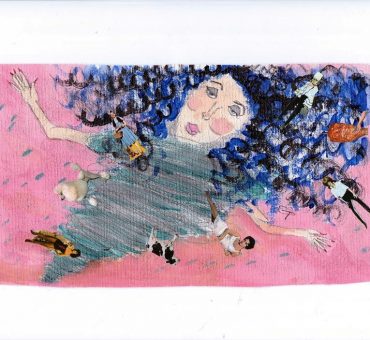