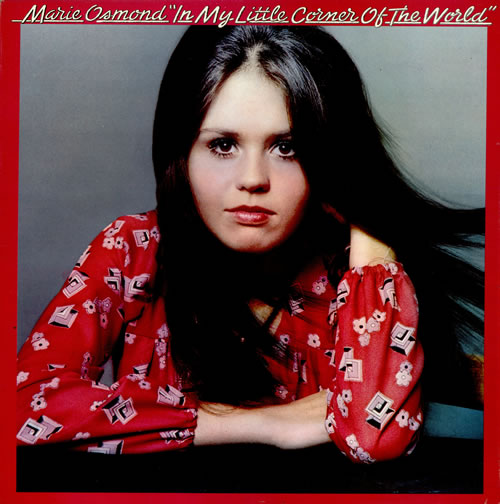 Taking jabs at Marie Osmond’s circa 1982 performance of Andrew Lloyd Weber’s “Memory” from Cats may seem a bit redundant once you’ve watched the clip, but evidence of this performance, once believed lost, is an opportunity to witness for yourself what I believe is one-of-the-most-gloriously-misguided-musical-choices-ever-made-by-an-untrained-singer-before-a-TV-camera-in-American-telethon-history. Or in other words: essential viewing.

Now part of what makes this significant for me is the staggering scope of Marie’s ambition  Before she finishes the first verse, we sense that Marie is unconcerned by two things that might, under the circumstances, be regarded as vitally important: the vocal ability to sing the song and anything like a grasp of the song’s poetic lyrics. In Yiddish this is called chutzpah. In English this is called riveting. It’s hard to decide for which of these pursuits our fair Marie has less aptitude, because as surely as her thin, whiny soprano lacks the technical ability to do what the song requires, so too does Miss Osmond seem to proceed without nary a passing care as to the meaning of the words she sings. The sum effect is pure middle school talent show: by the end, Marie’s abject lack intellectual grasp renders Trevor Nunn’s lyric (based on T.S. Eliot’s poems Preludes and Rhapsody on a Windy Night) a soulless jambalaya of meaningless words  It is thrilling in its awfulness.

Though one might think her glassy-eyed, dissociated approach would get a tad dull, nothing could be further from the truth. In something that could be described as a skill, Marie varies her gonzo interpretation, toggling around a menu of the three or four default expressions that are, in fact, accessible. These would include looking frightened, like a small forest animal, or looking disconnected and bored, as if she is thinking about more pressing matters such as getting her nails done or contemplating how pretty she looks in her dress.  In all my many years of rabid consumption of popular culture, rarely have I seen a singer who so completely lacks a point of view or projects less internal qualities beyond an abiding interest in her own loveliness.  Such utter blankness is itself a curiosity, ultimately becoming the performance’s own deeper meaning.

At other times in her performance we see a cocky, bold Marie. She insouciantly makes up lyrics or switches others around at whim (she is particularly fond of inversion: “the stale, cold smell of morning” becomes “the cold, stale smell”—why not?)  There is no sacred text in Marie’s twinkling sphere.  She howls her way through Sir Andrew’s Queen Mary of 11:00 o’clock numbers, getting through it by making some of the same harmonic adjustments that other singers with limitations who shall remain nameless (okay, Barry Manilow) have made over the years to accommodate their shortcomings, such as modulating down when certain notes that are unavailable to them loom in the distance like a icebergs.  (Perhaps in Mr. Manilow’s case, it should be argued that since he elevated the modulation in pop music to an art form in the first place, he deserves a pass.)  Though this might be considered cheating in Broadway circles, Miss Osmond is quite far from Broadway here.  Judging by the audience’s ebullient response, telethon audiences are much easier to please than I am.

And what about Broadway?  Based on this performance and the contemporary practice of stunt casting, I’d like to throw Marie Osmond’s name into the ring for future cast changes in musicals like Phantom of the Opera or, perhaps, The Book of Mormon—oh yes, he did!  Which part she should play is of no particular concern, for Marie has proven that irrespective of logic or aptitude, in the bell curve universe of cruise ship performance standards, there is simply nothing this girl cannot do.

Given the foregoing, it shocks me that Ms. Osmond was not considered for the by-all-accounts-wretched Cats film that recently tanked.

Dorothy Squires’ “My Way”: From the Toast of Broadway to Vexatious Litigant