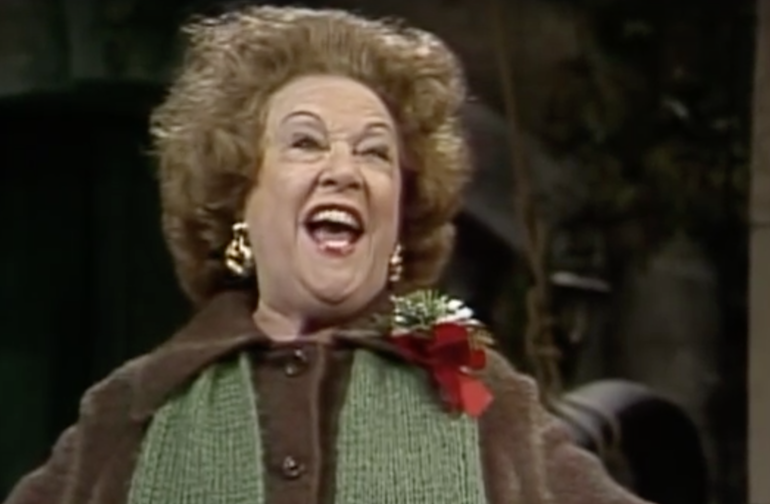 Just in time for Christmas, Stargayzing is gifting its readership by rescuing Ethel Merman’s obscure Sesame Street Christmas performance of “Tomorrow,” the old warhorse from Annie, from the clutches of obscurity. Though the Merm, one of Broadway’s biggest stars ever was, in 1978, just six years away from singing the great eleven o’clock number in the sky, she lived to work. On Sesame Street, the former Mrs. Ernest Borgnine was in excellent form: smartly dressed in a mink swing coat, sassy boots, and massive Aqua Net brain armor that doubled as a hairstyle the only tell that Ethel was getting on in years were the enormous bags under her eyes. These menacing reservoirs of herniated fat were so large they could conceivably have accommodated every understudy Ethel tortured by her historic failure to miss a single performance...ever.

This performance offered Sesame Street’s vast viewership the opportunity to say hello to the Ethel Merman persona: a tough, bossy broad who walked the streets of Sesame, like Rosie O’Donnell at a staff meeting. Then, of course, there is the voice: Merman’s  vocal sound, an instrument so large that it navigates the melody like an ocean liner doing a k-turn, is remarkably unchanged here. Never a thing of beauty, in 1978 it remained fully capable of seismic a fact that may be a consequence of never having been ,a thing of beauty or nuance in the first place. 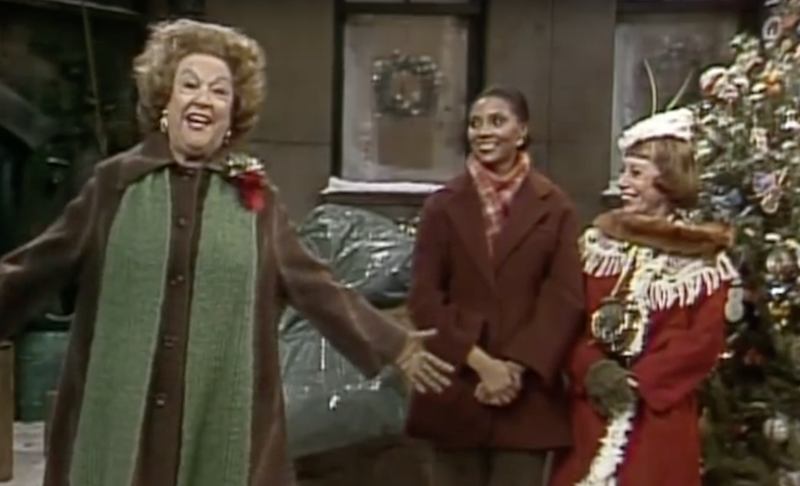 “You gotta do what Ethel does—you gotta outlast ’em!”

The good folks at Sesame Street didn’t stop with the singer and the song; they wanted narrative. They created dramatic backstory, and from what I can surmise, Oscar the Grouch did something that wiped out the Christmas spirit up and down the street, leaving all of the regulars plus guest stars Leslie Uggams and Imogene Coco listlessly staring off as hurricane Ethel blows in. The dialogue is not only awful but at times rather illogical, such as Merman’s assertion, “I’ve known some grouches who were real gems, but do I look depressed?” The group answers as once, “Are you kidding?” but I would have said, “Bitch, why didn’t you tell those Sesame Street writers that it is confusing for the kids to describe a ‘grouch’ as a ‘gem.’ Hell, it even confuses me and I’m grown. Once Ethel susses out the situation and throws around a few choice insults (“Imogene, whats a matter? You look like an idiot!”), Ethel takes action with the most effective remedy for depression ever invented: a showtime. Her choice will not strike even a casual viewer as a total surprise. 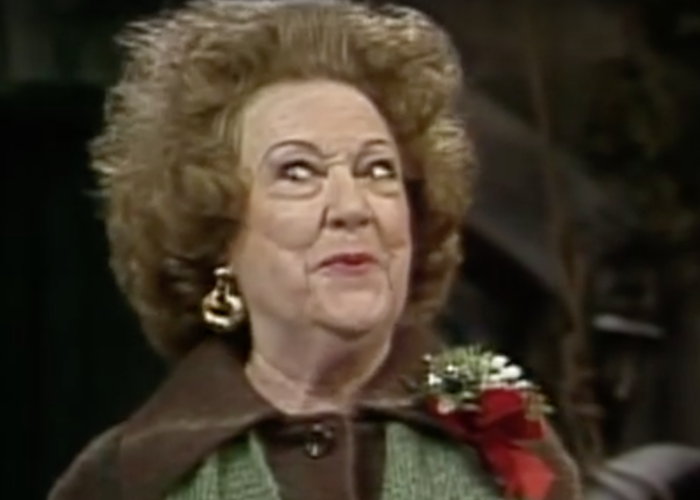 To this desultory gathering of Sesame Street depressives, Ethel brings her dependable A-game. Never a delicate instrument, Ethel’s voice was all about massive scale and maximum impact. In 1978, Ethel’s voice was still as efficient a killing machine as it was in the 1930s. Taking aim on the lovely set decorated for Christmas, Merm launches into the Strouse/Charnin standard with the intensity of a category five hurricane and proceeds to do to Sesame Street in 1978 what Godzilla did to Tokyo in 1956. It is exhilarating to watch the effect the famous Merman vibrato has when aimed at an already unstable Imogene Coca, or the uber-professional and always up-for-anything Leslie Uggams. Meanwhile cast regulars Bob and Maria have their own challenges coping with Ethel getting up in their faces and seem visibly disturbed by something when Ethel stands between them. Was it her voice or the breath—we may never know. I am saddened that no muppets were included and, therefore, sacrificed in the path of Merman’s raging gale. Perhaps Big Bird could have survived the performance, but he’d have a harder time convincing  people this number actually exists than he did proving the existence of Mr. Snuffleupagus.

It is one of my personal missions to protect great performances from a very real risk of being forgotten. I feel like I got to Merman’s “Tomorrow” with just seconds to spare. My Christmas wish is that inside every Stargayzer is a forever home for Ethel Merman.

Dorothy Squires: From Toast of London to Vexatious Litigant 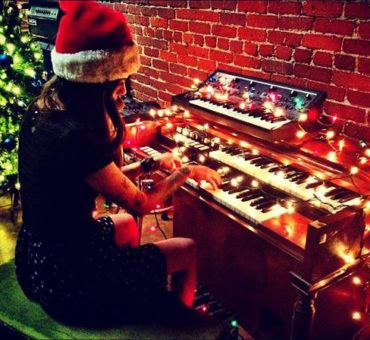 Comic Totie Fields vs. KISS' Gene Simmons: Her Wit was Mightier Than His Tongue