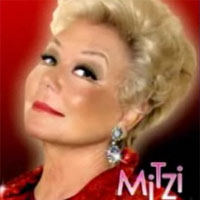 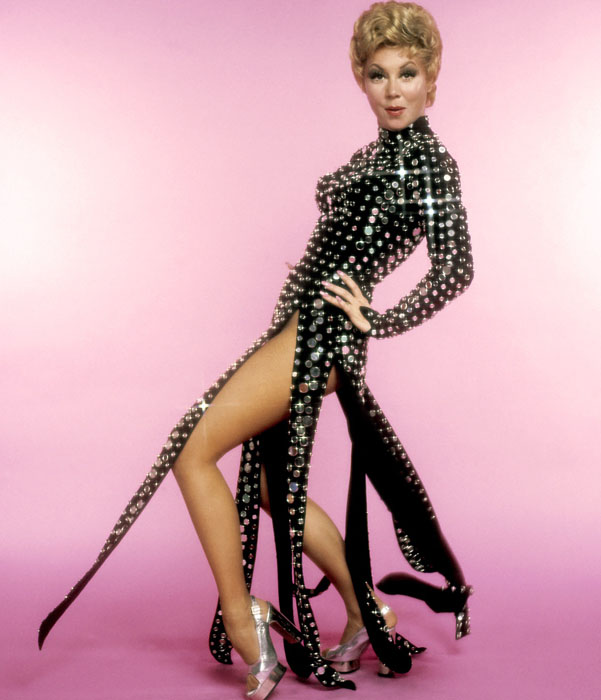 I was thumbing through some lovely recipes for a new Eating With The Stars installment and I found this very tantalizing recipe from one of my favorite hoofers, Mitzi Gaynor.  Bear with me on this one, because I’m going to try to combine two things that are not easy to integrate: rice pilaf and a scatological anecdote.

For those of you who don’t remember, Mitzi Gaynor was a star of film and television who found great success in late-period musicals like There’s No Business Like Show Business and South Pacific.  In the 1960s and 1970s, she starred in nine TV specials, which gave her a chance to really do her thing.  This is a wonderful clip I found of Mitzi “doing her thing” and the best part about it is she’s doing it all in a kitchen.  Despite the irreverence of my story and relative merits of her tangy rice pilaf, she really was a wonderful dancer.  See for yourself, then we’ll see what’s cooking in Mitzi’s kitschen!

Starting some time in the 1980s, if I found myself walking down the street between two able-bodied men, I would scream “I gotta go into my Mitzi Gaynor step!” which they knew meant that I was going to put my arms around their shoulders to lift me up while I crossed my legs and they carried me around.  It really quite a common move—very Vegas—and a useful step for a dancer of a certain age because it creates excitement and the illusion of dynamic movement, but all she really had to do was squeeze her abs and cross her legs, while the two boys did all the heavy lifting.  Though I had never actually seen her do this step, I always called it my “Mitzi Gaynor step” because it seemed like something she would do, or should do.  Either way, I did it in my act for at least fifteen years, dancing down streets all over the world and screaming “MITZI…hit it, boys!”Flash forward to the late 1990s:  I found myself in flagrant delicto with a very attractive dancer who was visiting New York from Vegas. “Vegas?” I asked.  “So do you dance in a show or something?”  When he told me that he was one of Mitzi Gaynor’s back up boys, I understandably got very excited for here, at last, was my chance to find out whether or not my “Mitzi Gaynor move” actually was, in fact, a Mitzi Gaynor move.  I excitedly demonstrated the step to him and breathlessly asked if that was something he did with her.  “That’s quite funny,” he said.  “We did in fact have that move in the show for years, but just recently we had to take it out because it just got to the point where Mitzi couldn’t do it without farting!”

So now for the recipe! 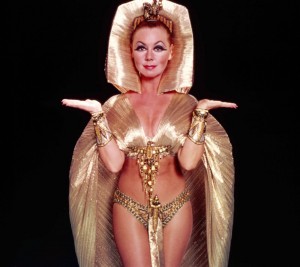 The tangy pilaf recipe is illustrated with a fetching picture of Mitzi bedecked in a sequined dress with the caption, “Mitzi Gaynor knows how to give life and her cooking more PEP”, which will never mean the same thing to you now that you know the truth about the the Mitzi Gaynor lift step!  Please note: the recipe dates from the early 1980s, which may explain the fact that Miss Gaynor freely lists M.S.G. as an actual ingredient in the dish, but when it comes to pep—either on stage or in the kitchen, tell me who is gonna argue with Mitzi Gaynor?

1 tsp. MSG (no shit, Mitzi, maybe that’s where the PEP comes from?)

In a large skillet or Dutch oven, saute celery, nuts and onions in butter.  Cook for 5 minutes.  Add bouillon cubes, MSG, salt and Tabasco.  drain peas and save half for later use.

Add to mixture in skillet.  Add peas, mushrooms, olives and raisins and bring to a boil.

If there is too much moisture, remove lid, place over low heat and fluff with a fork.  Serves 8