God bless plucky Debbie Reynolds. Though judging from Postcards From The Edge, daughter Carrie Fisher did not have an easy time of it, from a safe distance Debbie’s fans have enjoyed a love-fest with the perky blonde who has been accentuating the positive for over sixty years. I have never met her but would gladly do so with confidence, for one could dependably say that old-school professional Reynolds would be gracious no matter how bad a day she was having.  (Is there anything worse than wishing you never met someone you admire because their behavior destroyed your fantasy of who you thought they were or who you wanted them to be? 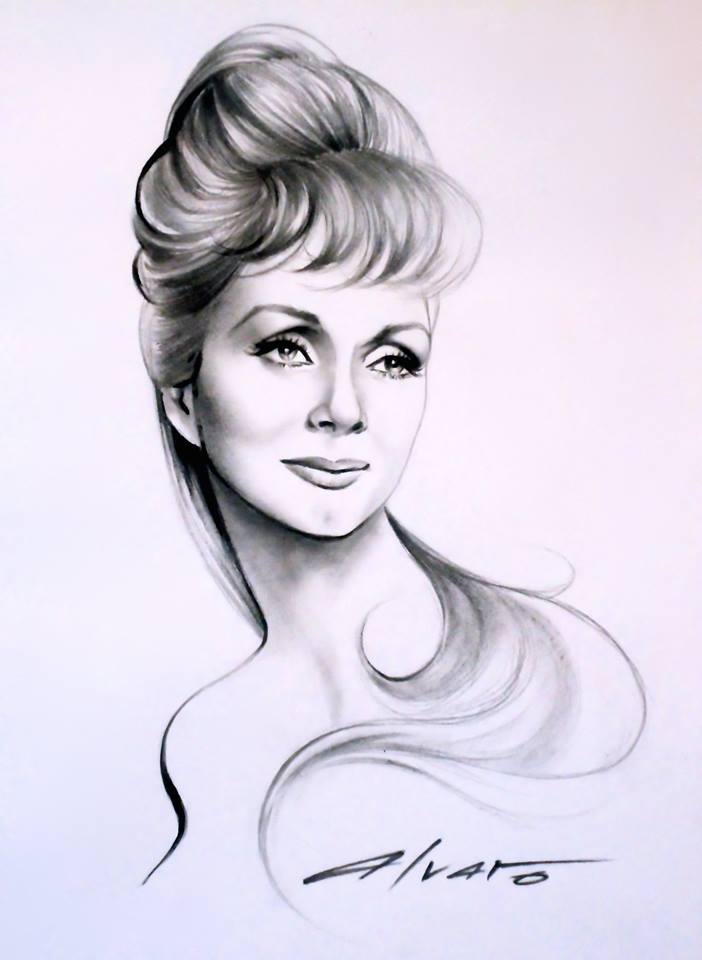 Though Miss Reynolds has enjoyed number one records (“Tammy,” 1957), starred on Broadway (Irene, Tony Award nomination, 1973), in Vegas, and in dozens of films (including Albert Brooks’ Mother, The Unsinkable Molly Brown—for which she received an Oscar nomination in 1964—and, of course, Singin’ In The Rain), my favorite Debbie Reynolds production is a low-budget affair that is, regrettably, nearly forgotten today: Do It Debbie’s Way, the star’s tour-de-force exercise VHS tape and long playing LP from 1983!  It is, in a word, astonishing, and I feel obliged, nay compelled, to do my small part to help it achieve the recognition it so richly deserves and I feel more than confident that by the time you finish reading this you’ll completely agree.

Now I am a great fan of vintage exercise videos. In fact, I recently wrote at length about my all-time number one favorite: LaToya Jackson’s Step Up, which has replaced Ambien as my favorite sleep aid with addictive potential. But Do It Debbie’s Way has some very unique and addictive qualities of its own, not the least of which is the distinction of being the only fitness VHS tape in history to combine light exercise and the vertiginous sensation of having somehow walked into the 1966 Ladies’ Canasta Championship at Grossinger’s.

Debbie Reynolds certainly knows how to entertain and you’ll find that on Do It Debbie’s Way she’s really firing with all cylinders: clowning, dancing, singing, stretching, and kibitzing with your favorite stars—all with the relentless enthusiasm her fans have come to expect. Debbie’s well-honed persona, the bawdy but good-natured Broadway chorine, serves her well here, where every side bend is carefully calibrated for minimum physical impact and maximum Borscht Belt shtick.  She tells you right up front that this is not going to be a vigorous experience, noting “most other exercise videos are really fast!”  That’s my kinda trainer!

If you’re anything like me (and if you’ve read this far you’re either quite like me or far too kind), you’ll appreciate the thrill of an exercise program that comes with so many effusive celebrity endorsements— all your favorites are here: Ann Miller (“if you want to look like a Sugar Baby at any age—Do it Debbie’s way!”); Mary Martin (“if you want to fly like Peter Pan, get moving, get up, and Do it Debbie’s way!”); and, in an absurdist flourish worthy of Samuel Beckett, everyone’s favorite paragon of fitness, Rip Taylor, (“I did it in Dallas–Debbie’s way. It straightened me out!”)—yeah, sure—and that’s all before you put on the record or press play on your VHS!  If you’ve ever tried to visualize Dionne Warwick in a leotard on all fours doing lateral leg raises then this is the last word in exercise videos!  If you’ve ever struggled through a fitness class and wished Shelly Winters was in the back of the room heckling the instructor then wish no more!  But don’t take my word for it, check out this clip (and see if you can guess my favorite moment):

Though it’s hard to winnow down a list, any analysis of this “film’s” exceptional moments would reasonably include: Debbie and Shelly’s “funning around” Charleston preamble; the mesmeric “freestyle warm-up”; Miss Winters’ incessant kvetching from the back of the room as she paddles around the floor in what might best be described as a Earth-bound recreation of her final moments in The Poseidon Adventure; the irresistible mystery of the fragment of Debbie’s interview with the “handsome man”; our hostess’ penchant for singing along with her favorite swing tunes when not confusingly bleating that “I’d rather be anywhere but here…I hate exercise!”; and, of course, the buoyant power of Dionne Warwick’s surprisingly robust ensemble work—it’s shockingly good!  These are all significant components of what makes this exercise video and record memorable, but none qualifies as my favorite.

My absolute number one thing about Do It Debbie’s Way is actually a casual, almost thrown-away hand gesture that is easy to miss if you’re adjusting your leotard, wondering where Florence Henderson went, or looking away for even a single time step. It occurs at the 28-second point when Debbie slurringly remarks, “I’m jush delighted to be here with you,” and her arm inexplicably flies up to her head in a moment of such unrestrained, show business affectation I felt a shiver—as if Debbie somehow had channelled the ghosts of the entire MGM stock company through a secret Ouija board portal in the back of her neck choker. If you missed this, please follow Debbie’s own recommendation, and “wind the tape back and watch it again,” for it is in these small details that Do It Debbie’s Way transcends its variety-show shimmer and becomes something entirely more important: art. For it is here, in these moments of transcendence, where Do It Debbie’s Way wears its philosophical heart on its sequined, Capezio sleeve, asking the viewer to look beyond its spit-take surface to explore the questions that lie within: why the superfluous hand gesture, what does it tell us about who we and where shall we go when the video ends?

If you are disinclined to explore the deeper implications of Do It Debbie’s Way—and I know there are those who prefer to live their lives more cautiously—there are still abundant pleasures.  For example, you may choose to focus on the rousing Switched on Swing big band soundtrack or Debbie’s not-unpleasant soprano.  Prone as I am to the darker subtextual elements of this kind of work, I confess I spent several viewings worrying about poor, dear Rose Marie and ruminating about Debbie’s motivation for what can only be described as an unfortunate underutilization of the multitalented comedian and her attendant relegation to Siberia.  Was she too overpowering?  Was Debbie threatened by Rose Marie’s innate comic instincts?  Perhaps she just couldn’t keep up and slowed the other girls down (hard to imagine considering the prominent use of Miss Winters).  Truth is, we may never know.  Instead, let’s console ourselves with the hopeful image of Rose Marie’s tiny trademark hair bow as it bobs up and down in the gauzy, pink horizon, a souvenir of a side trip Debbie was unwilling or unable to take!  Pity, that.

I’ve also enjoyed substantial ancillary enjoyment from the dross of peculiar Internet comments that I skimmed online and curated for you here:

From ajazfitch: “I’ve never wanted to bone Dionne Warwick until I saw this video.”

From greedymuppet: “This looks like a lot of fun.  I don’t regret this existing.”

From cinderelm0: “I have been searching, and searching and searching for an exercise video that would be compatible with my morning routine of two quaaludes washed down with a pint of gin!  Thank you!”

Though it is a bit disturbing to think that there is a sizable percentage of viewers watching Do It Debbie’s Way while they type with one hand, it is important to remember the role of art in society: to provoke, to upset, to inspire and to challenge the status quo.  Do It Debbie’s Way may not accomplish everything it sets out to do, but it cannot be denied it succeeds where it counts—in the funny bone—and will, no doubt, continue to bring pleasure to people for years to come.  And like Debbie said in That’s Entertainment, that’s a reason to celebrate.

P.S.  Many have asked me what Shelly’s sweatshirt says.  The answer is: “I’m Only Doing This For Debbie!”

The Strangest Birthday Ever? My 25th...