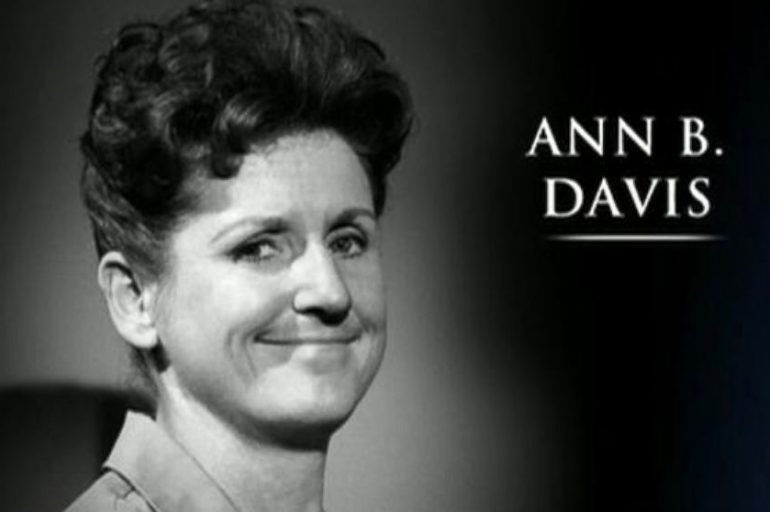 Character actress Ann B. Davis was beloved to generations. Although she was well-known since at least the mid-1950s when she won an Emmy as “Schultzy” the secretary on The Bob Cummings Show (1955-1959), she will be forever associated with the part of Alice the unflappable maid on The Brady Bunch (1969-1974).   Aside from the fact that Ann B. Davis left acting and joined an Episcopal religious community in Denver directly after the show wrapped and never married (and the attendent questions that raises about her sexuality, which I won’t raise), the thing that most fascinates me about Miss Davis was her passion for needlepoint.  In fact, I can say with complete confidence, this is the only Ann B. Davis tribute that will focus exclusively on needlework. 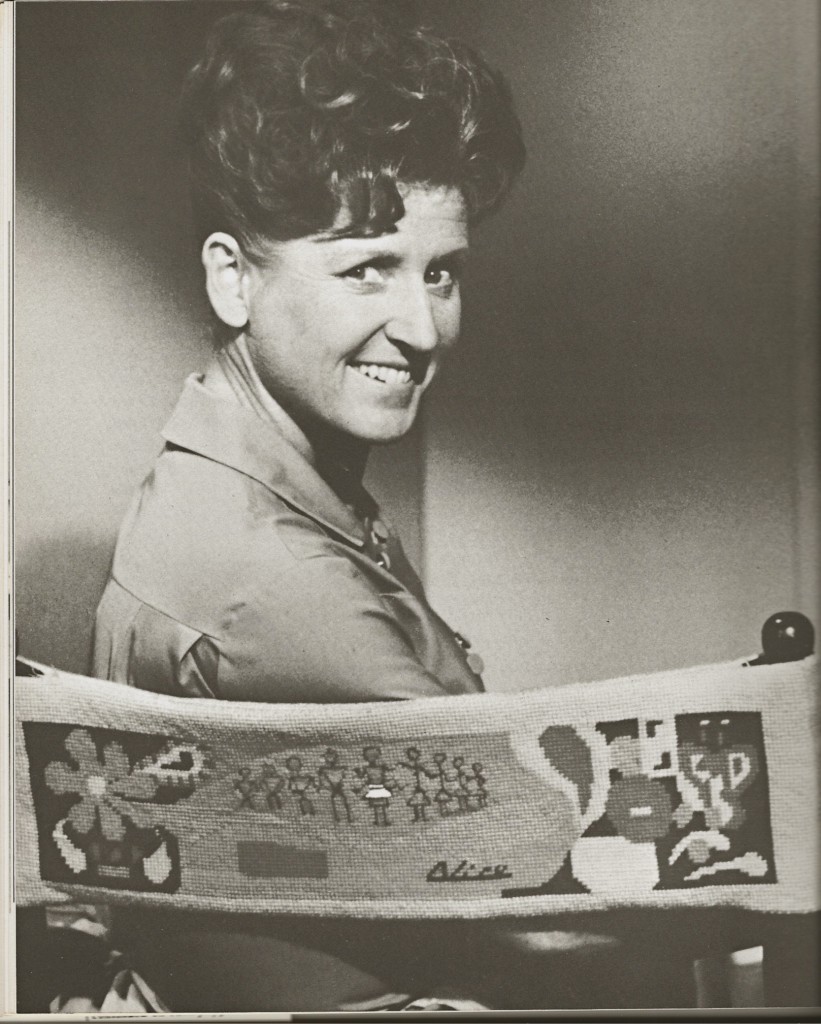 According to Celebrity Needlepoint by Joan Scobey and Lee Parr McGrath (my bible for everything related to the fascinating subject of celebrities and needlepoint), Ann’s favorite needlepoint project was, in fact, her first: her personal director’s chair used on the set of The Brady Bunch and featured here. Regarding her hand-stiched labor of love, Davis said, “I made a lot of mistakes and I didn’t know what I was doing.” She  learned as she worked (varying between number 10 mono and number 10 penelope, for all you crafters out there).  “Real director’s chairs usually have your name on them, so I did my name in neeplepoint on the front section,” she added.  On the back section she stitched her character Alice with a little maid’s apron, as well as ten stick figures representing all the Bradys in petit point.  “By the time I finished that seat I was beginning to get a little good at it,” she said in 1972. According to Ann, “Ruth Buzzi was the one who started me on it, and I started Florence Henderson. Everybody starts somebody. There are six children in the show, and now they’re all playing around with it, including the fellows.”  According to the actress, the show’s electricians set up a light in the “needlepoint corner,” which would leave at least three other corners of the soundstage for some of the less “Brady-esque” extra curricular activities of Maureen McCormick and Barry Williams.)

Sadly, the 88-year-old Davis died after a bathroom fall in San Antonio a few years ago. Her dear friend Florence Henderson was quoted on Facebook as saying, “I am so shocked and sad to learn that my dear friend and colleague, Ann B. Davis, died today. I spoke with her a couple of months ago and she was doing great!” She may have quit acting years ago, I would bet that she was still stitchin’, though I do wonder what happened to the Ann B. Davis director’s chair. Perhaps she willed it to Florence or one of the “fellows.”

Eating With the Stars: In Honor of Her 90th Birthday, Why Not Try Betty White’s Chicken Wings? 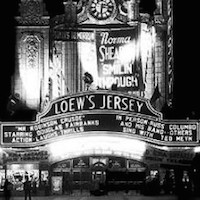 Martin Scorcese on Movie Palaces: Stargayzing Quote of the Day: