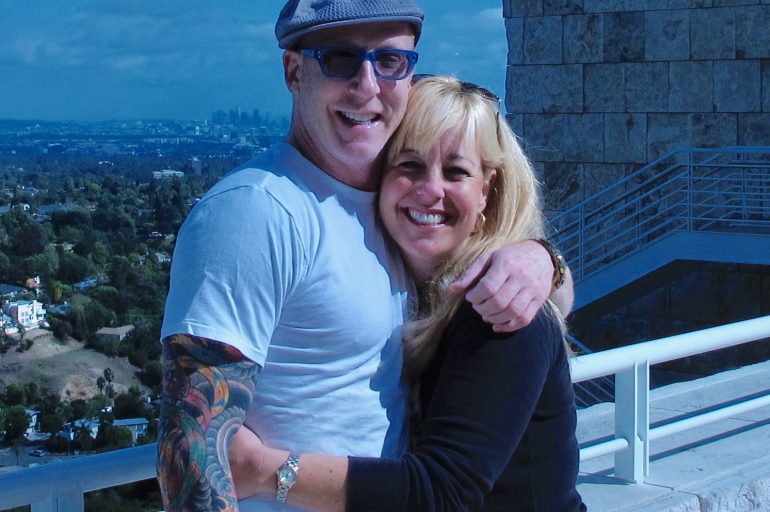 After many years of fantasizing about getting to Hollywood, my wish finally came true in June, 1980.  My father was going on a business trip and he brought me with him, leading to one of the happier interludes of my adolescence.  On that first trip, I enjoyed the Hollywood “Walk of Fame,” Mann’s (formerly Grauman’s) Chinese Theatre, Universal Studios, the Brown Derby and all the rest of the Hollywood-themed tourist attractions, but there was one unexpected attraction that ended up having the most endurance for me, my cousin Sandi Glassman.

Dad had told me that we had relatives who lived in the San Fernando Valley that I’d never met, The Glassmans: Marv and Rhoda (Ricki) and their two daughters, Cheryl and Sandi. I excitedly thought to myself, “GIRLS!”  Growing up in a family of three to five boys, (sometimes I had step-brothers), I had always wished for a sister. Sandi was exactly my age and from musical theatre to shopping, it turned out we had so much in common. Unlike my brothers—who I found to a greater or lesser extent to be unrelatable—in Sandi I found for the first time the connection that would characterize all of my most important relationships with women throughout my life.

I was fascinated with my “instant big sister.”  Compared to me, Sandi was very mature: she had a car; was already in a long-term relationship; had credit cards in her smart looking handbag from Judy’s in the Sherman Oaks Galleria (the mall from Fast Times At Ridgemont High); and she seemed to always know where she was going, both literally and figuratively.  In comparison, I didn’t even understand my sexual preference yet.

Clothing-wise, Sandi’s look at the time was full-on preppy, the fashion craze that exploded in 1977 with Woody Allen’s Annie Hall and the emergence of designers like Ralph Lauren.  My cousin favored corduroy shorts, oxford shirts and sweaters tied around her neck.  This worked out well because she worked at The Limited (also in the Galleria), which was a hugely popular chain store at that time.

One of Sandi’s most endearing characteristics was her signature visual motif—the rainbow—which blanketed her bedroom from ceiling to floor and adorned everything from her Paper Moon stationary to her clothing. She had rainbow bedding, rainbow posters, a rainbow hook rug and, best of all, a rainbow message board right above her bed for writing down reminders and all of her good ideas.

The rainbow thing alone would have been enough to make me love, her but Sandi was so much more than a pretty face: she had (and still has) a sunny, fun-loving disposition, keen intelligence and a quite pleasant singing voice. She loved that I played the piano (poorly, but enough to accompany the young or naive). By coincidence, we were both rehearsing concurrent productions of Grease in our respective high schools, which made for some spirited renditions of Summer Nights around the baby grand. In my eyes, Sandi was the quintessential california girl.

We hit it off so well that we decided almost immediately that I would come to stay with her the following summer.  When I returned to California in 1981, Sandi became the first person I ever discussed my sexuality with or, rather, she with me. I will never forget that conversation: we sat down together on her rainbow bedspread and she told me in a gentle, measured and completely not-hysterical way, “David, I think you are going to be gay.” I felt bewildered, but Sandi didn’t make it seem like a big deal and that conversation, in that very moment, marks the turning point in my adolescence: I had been shown toward a path toward understanding myself in a world completely bereft of signposts. Sandi was standing at a fork in the road and said, “I think you wanna go to the left…and it’s going to be fine.” For that I will always be grateful.

I had dreamed my whole life of going to Los Angeles and was convinced that everything it promised could only improve my life.  What I never even considered is that I would find somewhere who more truly represented the pot of gold at the end of the rainbow then anything you could hope to achieve professionally or buy in a store.  That was twenty-nine years ago and we’re still a team. In my life, she was the very first of all my Girls Who Like Boys Who Like Boys. 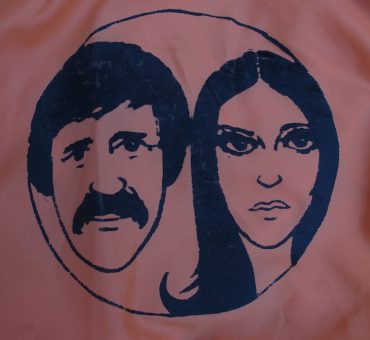